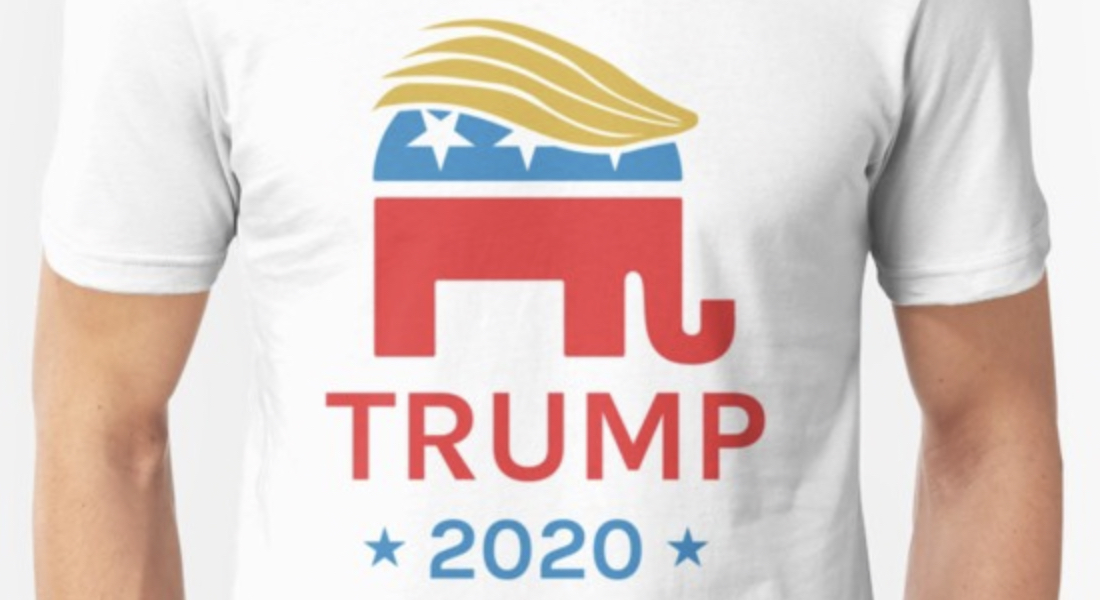 The GOP is brushing off losses from the 2018 election, according to the New York Times.  The House GOP is treating their losses in 2018 as a big fat nothingburger.  The Dems locked in 40 formerly Republican seats to win a House victory that has not been seen since Richard Nixon was exposed as a crook by the Watergate findings.

This win was not a nothingburger.

The Blue Wave not only happened in 2018, it happened with a vengeance.  Orange County, California, the home of the Republican Party in California, turned blue.  Parts of Illinois that were formerly bright red, turned blue resulting in two new rising stars joining the House of Representatives from Illinois: Sean Casten and Lauren Underwood.  This remarkable ten point or so shift to blue phenomenon took place across the country, affecting many urban areas that recoiled from Trump.

That is the reason that the GOP cannot do a post-mortem of their losses.  They are the party of Trump and this Blue Wave was a reaction against Trump.  Trump is a lot like Valdemort in Harry Potter books because Trump is “He Who Shall Not Be Named”.  If you criticize Trump, he is so thin-skinned that he is likely to come back at you with his Twitter whip and his SS troops, the loyal online and in-person trolls who make up his base and who will assault anyone who dares to be critical of their Dark Lord.   There can be no teachable moment if you cannot reflect about why you are losing market share with the electorate that used to be loyal to you.

Some women in the Republican Party seem to get it that their party is losing moderate Republicans, both men and women, because of the nauseating spew we get every day from Trump as he blames everyone but himself for things he is responsible for: assaulting minorities, condoning murder of an American journalist by Saudi Arabia, passing a tax bill for the wealthy that benefits himself and his family, pretending he did not conspire with Russia to beat Hillary to become president, and so much more.  The list of Trump’s failures and indecencies is long and ugly.  Trump is the big reason the Blue Wave was a Blue Tsunami.

Maybe as soon as today, when we get Michael Flynn’s sentencing memo, or by this Friday, when the Mueller team tells us in detail what Manafort lied about and files their sentencing memo on Michael Cohen, I think Trump is going to be exposed as a traitor to his country.  He is already a mob boss who tells his co-conspirators like Roger Stone and Jerome Corsi not to “crack”, not to tell the truth about him to investigators, which is clear obstruction of justice and may also qualify as witness tampering.

But the GOP is now stuck with this monster.  The GOP cannot even discuss the reason they lost so badly because that would be an insult to their babyish leader.  Besides, they might reason, Trump will be Trump.  He is not going to change. And that is true.

Think of this as your first big present for Christmas or Chanukah.  Because if the GOP continues to ignore the elephant in the room, namely Trump’s disgusting amoral, corrupt personality and criminal behavior, their team is going down to even greater defeat in 2020.  They are fast becoming the party of angry old uneducated white men and their sidekick women, plus the angry young low education aggrieved white guys who are losers in life but want special treatment, with a smattering of rich dudes who are getting sweet insider deals from this corrupt administration. This scenario is a set up for the death of the GOP through attrition and repulsion.  Trump is in the process of destroying the Republican Party.  Trump is not only the assassin of democracy, a terrorist inside the Oval Office, he is the assassin of the GOP as well.  Where is Homeland Security when you need them?

Instead of understanding what he has done to inspire overwhelming dislike and even hatred of him in urban areas and across the country (60% disapprove of him), Trump has mocked and ridiculed those Republicans who lost their House races, blaming them for running bad races.  Instead of trying to understand their drubbing in the House, Kevin McCarthy, the new GOP minority leader in the House, has been silent and appears to be maintaining the same hard-line stances and pro-Trump postures that hurt them in the midterms.

Republicans who remain in the House come from the reddest of the red parts of the country, often rural areas, that have been gerrymandered to favor Republicans, to make sure they win no matter what.  These House Republicans would say their constituents still love and adore Trump.  And they might.  That 35% of the electorate can keep loving him, too, but that doesn’t mean they will win big in 2020.   If the GOP does not pivot and if they continue to try to drive policy positions forward that are unpopular with the general electorate, I don’t see how they survive.

What policies you ask?  How about undermining Affordable Care, tariffs that damage business interests and farmers, and tax breaks for the rich, no response to climate change, no response to infrastructure needs, no response to the need for better public education, no support for women’s rights or minority rights, and an effort to dismantle so called “entitlements” like Medicare, Medicaid and Social Security?  The GOP is not listening to the needs of the majority.

Since Trump is busy assassinating the GOP, I have begun to get excited about impeachment.  But I have also been indulging in a kind of thought experiment.  Want to join me?  Don’t we want He Who Shall Not Be Named on the ballot in 2020 so that the GOP dies a horrible death?  I know this is not a very “American shining city on the hill” sort of thought.  Trump as president is not in the best interests of the country for the next two years, but two years of hell might be better in the long run.

Bear with me on this.

If Trump is impeached by the House and there is no will in the Senate to remove him, that entire process will be an exercise in futility that will rile up Trump’s base which could get them out to vote again in 2020.  Far better they stay home on their couches playing video games and eating McDonalds.

If Trump stays in power and continues to wreak havoc and act like an imbecile (which is a given), he will be the continuing, ever present, evident reason to bury the GOP across the country in 2020.  If you enjoyed the Blue Wave, you might like Sequel to the Blue Wave coming to a theater near you: Trump and the GOP get kicked out of leadership in D.C. and the Dems take the Senate and Presidency.  I know I would like that sequel and if you are reading this blog, I bet you would like it too.

Would the ultimate victory be worth the pain of two more years of the worst president and administration in the history of our country?  I leave you to think about that.  I am not sure.  If we can keep the House, and sweep the Senate and the Presidency in 2020 we could do some pretty nifty things, such as –health care for everyone by expanding Medicaid or Medicare, enlarge the size of the Supreme Court (which could be done by Congress and does not need a Constitutional Amendment), undo the tax bill for the 1%, get that much needed infrastructure bill done, get on board with climate change legislation and much more.

As the GOP willingly continues to lie limply in the death grip of Trump, we can hope that Trump will continue to be the mob boss/criminal he really is (that wish will come true), and hope the GOP doesn’t wake up and start struggling to get free from Trump’s stranglehold (I think they won’t because the remaining Republicans come from Trump country) and hope that Trump’s criminality continues to be exposed thanks to open hearings held by the Dems in the House.  If we can put up with two more years of this horrible presidency, as he damages and destroys his party, Tweets insults and vitriol, and gets exposed as the most corrupt president we have ever had, could that be the ticket to a very bright future for us in America and around the world as Americans rise up out of disgust and exhaustion desperate to elect as many Democrats as possible and banish Trump and his Republican enablers in 2020?

What do you think?