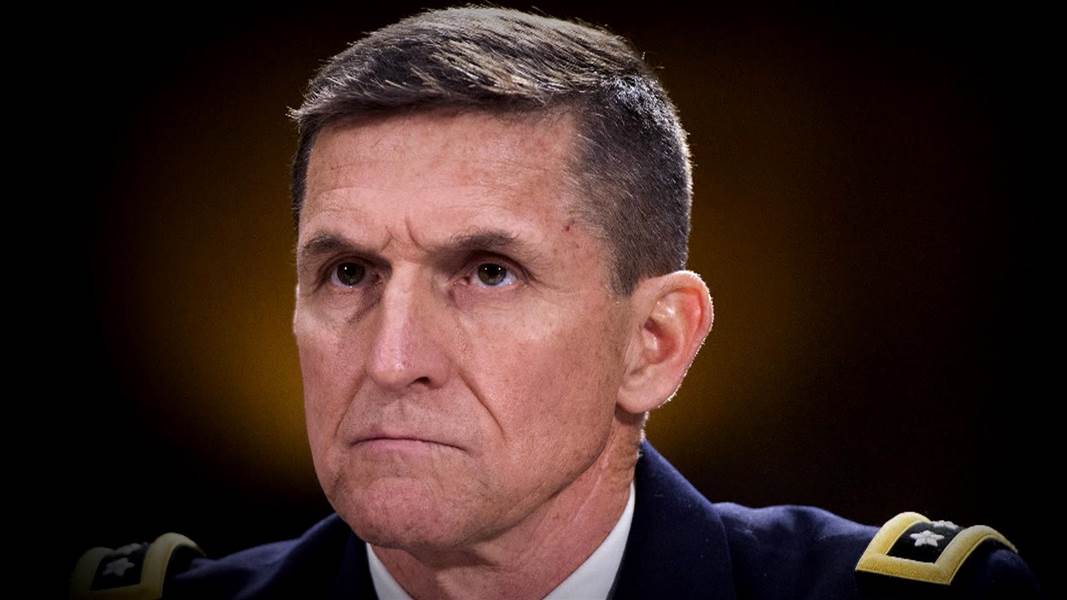 Journalists and the public waited with bated breath for Mueller’s sentencing memo for Michael Flynn, hoping it would reveal information about Russiagate and specifically Trump’s involvement in the ongoing investigation.  But when the report was finally filed with the court the evening of December 4th, it was, at first glance, a whole lot of blacked out lines of print and very little readable print.  Redactions!  Jeez!  What?  We thought we were going to learn something about the truth and get closer to Trump’s exposure as the traitor we all know he is. Rats!

If you look more closely, however, we actually do learn a lot from this heavily redacted memo, not the least of which is that it is so heavily redacted!  Why did Mueller do that?  Mueller will not expose information to the public that could jeopardize a continuing investigation.  Mueller’s team is also said to be tying up loose ends, which would indicate that part of this massive investigation could be wrapping up.  It is also possible that the reason for all those blacked out lines of print is that people close to the president or the president himself are named or easily identified in that hidden text.

There are some other things we learn from this memo.

We learn that Flynn cooperated early and often. He sat down with Mueller’s team for 19 meetings, which is a lot of time to spend talking with investigators because each meeting lasts for hours and sometimes all day.  Flynn was very close to Trump in the run up to the election and after the election.  He was omnipresent on the campaign trail, calming Trump down, and speaking with his children as well.  He was part of the transition team.  He was intimately involved in the early Trump administration in the role of National Security Advisor and would pop his head into meetings in the Oval Office without being invited but that meant he overheard a lot of conversations and can also report on the tone, the body language and the responses of people in the room.  Flynn knows a lot and he has been telling Mueller’s team everything he knows.

We also learn from this sentencing memo that Mueller is not asking for jail time for Flynn.  None.  The memo says Flynn has given “substantial assistance”, which is a term of art for prosecutors that signals to the judge that the witness has been an A plus cooperator.  In this instance, Flynn apparently has been helpful to Mueller by opening the door to other cooperators to come in from the cold as well as opening up other avenues for FBI investigations.

According to this memo, Flynn has assisted with three investigations.  One of them is a criminal investigation that may or may not be connected with the Russia probe and is thought to be connected with the Turkish government.  Much is still shrouded in secrecy.  But one thing is certain- Flynn has gone above and beyond the call of duty in his assistance to the Special Counsel, and he has clearly promised to continue to be helpful to Mueller even without a sentencing hanging over his head to make him more compliant.  As with Cohen, Mueller trusts him and values his contribution to the investigation.  It’s almost like these two men: Flynn and Cohen, have become trusted members of team Mueller.  So, Michael Flynn, the man who stood in front of Trump rallies at the podium calling for Hillary Clinton to be locked up will avoid that fate for himself.

Usually a sentencing memo comes out at the time of the conclusion of an investigation.  But that is not the case here.  Why not?  Why is this one coming out so early?

As with Cohen’s sentencing memo, this may be happening  as a reward for Flynn for his extensive help.  Once you get the sentencing behind you, you can get on with your life and start to rebuild it.  The prosecutor has presumably already locked in Flynn’s testimony before the Grand Jury, so there is no need for concern that Flynn will change his tune.  He will continue to cooperate.

Perhaps more importantly, though, this may be a way for Mueller to advertise that if you get on his team, not team Trump, and if you tell the truth, which is imperative and tested by corroborating evidence (emails, other witness testimony, documents etc), you will fare better than you would on team Trump.  Trump has his very iffy get-out-of-jail-free pardon ploy that he is using to obstruct justice and engage in witness tampering, but that gambit has some limitations. Trump has been waving around that get out of jail free card in plain sight to entice Manafort to double cross Mueller and make sure Stone and Corsi and others keep protecting him.  But when we get Manafort’s sentencing memo sometime before the end of this week, where Mueller spells out the crimes and lies Manafort is guilty of and recommends Manafort’s  sentence, the contrast will, I think, help team Mueller establish itself as the team you really want to join, unless you like the inside of a prison.  Why?  Because Mueller is going to throw the book at Manafort.  Manafort is going to be sorry he was a mole for Trump even if he gets a sleazy Trump pardon from his mob boss, the president.

Here’s why he is going to be sorry.  Remember when Manafort pleaded guilty?  He also pleaded guilty to a number of state crimes embedded in that plea agreement that he signed that will be a piece of cake to prove up state side if Manafort gets a Trump pardon.  Checkmate for team Mueller.  A pardon from Trump will essentially only get Manafort time in a much worse prison, Rikkers Island, compared to a cushy federal prison.  Maybe that will help other people get scared straight and join team Mueller.

However, there is something that bothers me about the Flynn sentencing memo, and it is this: Trump  probably has access to the unredacted version of the memo because he is the president even though he is also at least a subject and more likely a target of this investigation at this point.  I trust that Mueller is playing three-dimensional chess here, at least that is my hope.  Knowing that Trump knows what Flynn has been telling Mueller’s team, perhaps Mueller hopes that Trump will understand how serious his situation is and come to his senses. (Naw.  Nevermind.  I don’t think he is capable of that.)

Trump knows what he did and if it weren’t something he is trying to cover up why would he and so many others be lying about so much of this Russiagate stuff?  Based on the combined Cohen memo and what Flynn also knows about him and his kids’ involvement in Russiagate, you would think that Trump would be sweating bullets at this point.  Joyce Vance, who is a former federal prosecutor and MSNBC contributor has said that based on her reading of these sentencing memos, and the materiality of the single counts both Cohen and Flynn are pleading guilty to, Mueller has a “full house”, a totally winning hand.

But waiting for Mueller to play his hand is painful and could be dangerous.  Now that Trump knows what Mueller knows, what will he do to try to get the heat off of himself and his family?  What garbage will Guiliani spout?  How much spaghetti will Trump and Guiliani both throw at the wall to see what could stick?  It might be Wag the Dog time, especially with the Democrats coming into power in the House.

I cannot wait for the Dems to take over the House, so I know there are at least some adults in charge of at least half of Congress.  And I keep hoping that Republican Senators will wake up.  It was interesting that Lindsay Graham found his voice yesterday and grew back a little bit of spine when he heard what Gina Haspel revealed about Khashoggi’s murder and dismemberment at the direction of the Saudi Arabian crown prince.  Graham emerged from that closed-door session NOT spouting the Trump party line.  He and other Republicans might use this moment to stand apart from Trump and if so, it could be the beginning of their defection.  Do we dare hope that Graham and possibly other Republicans might be realizing Trump is going down and they are on the wrong side of history?

Stay tuned for the next two sentencing memos from Mueller before the end of this week. We will learn even more.