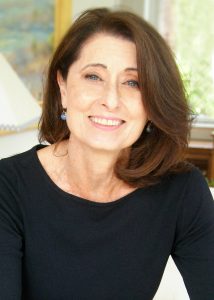 Sheila Markin Nielsen is a former Assistant US Attorney.  She helps people to understand in plain English what is going on in US politics today.

As a former Assistant US Attorney, I am keenly aware of the way the Trump administration violated the law and ethical norms. While Trump was president, I provided blog posts to help people understand the legal ramifications of Trump’s actions.

My background is not grounded solely in the legal world. I am also a counselor and executive coach with an understanding of mental health and psychology. I have a masters in social work from Bryn Mawr College and have worked as a counselor and coach for over 30 years.  As a career coach, I work with people who are trying to develop insight and performance skills as well as those searching for jobs and improving their interview skills. I help people with their personal messaging and navigating through the complex and convoluted world of workplace politics.

All my life, whenever I am deeply affected by something, I write about it. The day after Trump was elected, I began to write commentaries and post them on a variety of Facebook sites. Many people responded positively. Some told me that what I write helps them make sense of what was going on.  Because of my background as a prosecutor, I am able to clarify and unpack the legal implications of ongoing investigations and possible consequences.  Others say I helped them to keep their spirits up in a world turned upside down.

In response to Trump and his administration there was a rising tide of progressive energy to reclaim the country.  It began with the Women’s Marches after the inauguration.  The energy of people who realized what had just happened to us was channeled in many ways and directions.  We saw women and men in the suburbs who were life-long Republicans turning away from the Republican party which has become locked in a kind of death grip with Trump and Trumpism.

Hundreds of organizations have sprung up to actively push back: Indivisible, Swing Left, Move On, Feminist Majority Foundation, 314 Action, and many other groups were led by engaged, concerned energetic people who saw the need for restorative efforts to push against the Trump administration and the forces that are pulling our country backwards and in the wrong direction.   #MeToo sprang up in direct response to this president.  #neveragain sprang up in response to the hypocrisy of the NRA.  Progressives rose up even in the so-called red districts and red states.  Turns out there are “blue people” even in red states and there are more and more people turning certain states purple.  Remarkable, admirable, smart, ethical women and men decided to drop what they had been doing to run for office.

People talked about the blue wave coming before the midterm election, but they were not sure it would really happen.  It took work- phone banking, knocking on doors, showing up for rallies, and supporting good candidates.  When the blue wave came it was a rising tide that turned out to be a tsunami.  The People’s House became solidly Democratic in 2018 with 40 more seats.  The goal for 2020 was to achieve unitary government with a Biden/Harris administration, a House and Senate led by Democrats. That goal was achieved.

Sometimes a wake up call is what it takes to realize what is at risk.  Getting hit upside the head is no fun.  But it gets your attention. After the election, our country experienced a nightmare.

January 6th was the ultimate nightmare. Inspired by Trump and many others, including lawmakers like Josh Hawley and Ted Cruz, a right wing mob of white supremacists and Q’Anon conspiracy believers, who had been lied to for years by Trump and right wing media, came to Washington, DC with the goal of attacking the Electoral College final counting of votes that would seal Trump’s loss and Biden’s win.

Incited by Trump, the mob attacked Capitol Hill, both chambers of Congress, and broke through inadequate barriers to entry by breaking the bullet proof glass and climbing in through the broken windows and doors. They wanted to kill Mike Pence and Speaker Pelosi. They erected a gallows in front of Congress. They came armed with guns, wearing protective gear. Some of them actually believed that this was the “Storm” that would keep Trump in power. 5 people died as a result of this attack. It was lucky that lawmakers were not found and hurt or killed by this mob.

The mob that thought it was going to keep Trump in power is now being rounded up and charged with criminal offenses that should be fairly easy to prove since so many of these people documented what they did that day on their cell phones and shared the content on social media. This attack was the result of the culture wars and disinformation Donald Trump and other Republicans have used to create a rabid base that would do his bidding. Over and over again after the election, Trump told the big lie– that he had won in a landslide when it was Biden who had won. The big lie is every would-be dictator’s go to playbook. This time it didn’t work. Trump was immediately impeached by the House despite a large number of Republicans failing to vote to impeach. Democrats were joined by 10 House Republicans. The Senate will have a trial to see if Trump will be the first president ever impeached twice AND convicted. No former president has been convicted after being impeached. This time might be different. If you cannot convict a president for domestic terrorism when he clearly inspired that attack, then impeachment is irrelevant.

Joe Biden and Kamala Harris were inaugurated on January 20th at noon. But the capitol looked like a war zone that day, with troops everywhere to keep right wing militias from even considering another attack.

This is a new day for America.  Many people worked hard and came together to create that result.  There is finally hope. But Trump has left our country in a shambles with over 400,000 Americans dead from coronavirus, an economy in tatters, climate change menacing our futures, and a racial reckoning that our country has yet to deal with. With Trump gone, the work can start, but it will take time to get our country back on track. There is a lot of work to be done after the mess left by Trump.

Many people worked hard to regain our country and the country we leave for our children and grandchildren.  People knocked on doors, made calls, wrote postcards, supported good candidates to run for office, supported good groups to help them win, and much much more. And there is more work to be done. We learned that our democracy is precious and that it is also fragile. Going forward we need to find ways to make sure that all Americans have access to the truth, facts, and reliable sources of information. Without that, we cannot even start to have productive conversations. That is the goal of the Markin Report. I promise to do my level best to provide honest, truthful, factual information in these blog posts.

Welcome to the Markin Report.