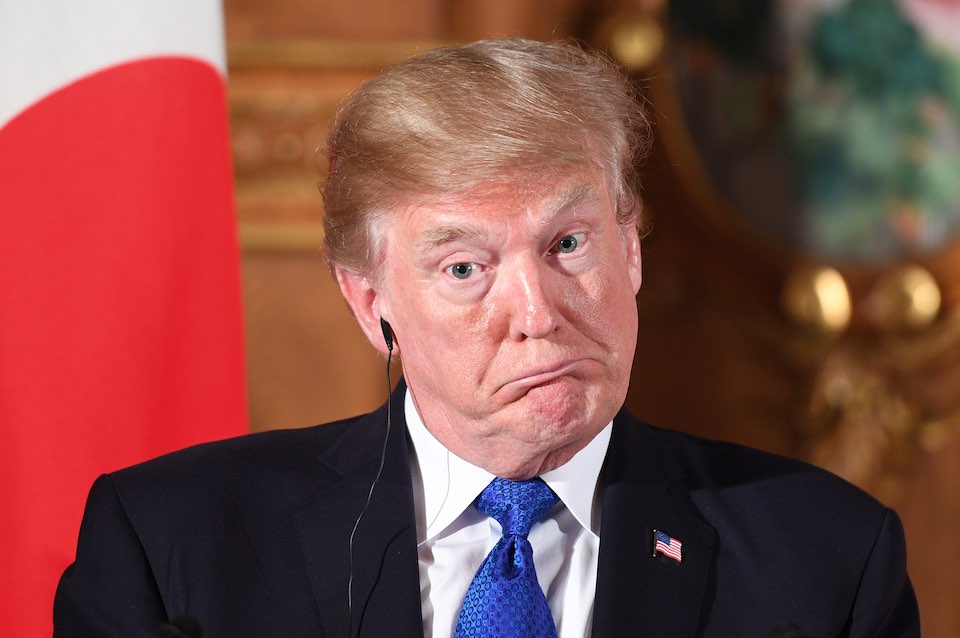 When I listened to Trump’s rambling speech in the Rose Garden on Tuesday, I was struck by his detours into loose associations and delusional thinking as he meandered from topic to topic and back again to what he said before.  Peter Baker of the New York Times noticed the same thing. He wrote this about Trump:

At times, it was hard to understand what he meant. He seemed to suggest that his presumptive Democratic challenger, former Vice President Joseph R. Biden Jr., would get rid of windows if elected and later said that Mr. Biden would “abolish the suburbs.” He complained that Mr. Biden had “gone so far right.” (He meant left.)

Trump is under pressure and under pressure his mind is devolving into partially delusional thinking that I expect will get worse as our country is overwhelmed by a pandemic that he is not remotely capable of handling. About half of all states are spiking with coronavirus cases. Trump is not handling the response to this epidemic well. He is politicizing it instead of relying on science, but he cannot admit that he is failing badly. Since he is a huge micromanager, he is also not capable of stepping aside so that others who know about pandemics CAN manage this battle effectively as other countries have done.

Instead of handing off the football to Anthony Fauci and listening to his many science based experts about what to do, which could have resulted in a well-managed and successful response, Trump has decided it’s time to attack Fauci. Of course it is! Someone in the White House put together a hit job on Fauci cataloging how “wrong” he has been about the coronavirus. (Most were taken out of context and once you hear the whole response from Fauci, it is accurate information.) Peter Navarro wrote an Op Ed for USA Today saying Fauci has been wrong on everything. Really?  Really? I don’t think so. Navarro is not the only one in the White House who is down on Fauci. This is happening because Trump cannot stand to have someone be more popular than he is. When it comes to information Americans trust about the pandemic, Fauci’s approval rating is 67%. Trump’s is 27%.

Americans are sick and dying in huge numbers. They are sick and dying in red states and blue states.  The virus does not care about political affiliation. Many smaller local hospitals are flying people on the verge of death to hospitals hundreds of miles away because their ICU beds are filled.  Trump has nothing useful to say about any of this. He utters not one word of empathy.

The man is cratering. But as he falls off the mountain, he holds his enablers ever more tightly in his death grip.  Anyone who breaks with Trump can expect to get what happened to Jeff Sessions, whose career is over now after being one of Trump’s early and most loyal promoters. Trump is not loyal to anyone.

Look, I am not a fan of Sessions. I am glad his career is over. He was the Attorney General who disbanded the oversight on policing that the Obama administration put in place to train police departments to be more responsive and less militant in their interactions with the public.  The fact is that Trump went on the attack against Sessions and urged Alabamians to vote for Tony Tuberville because Trump was enraged with Sessions for following the law and recusing himself from the Mueller investigation. The voters of Alabama have dutifully carried out Trump’s will by ending Sessions’ career. Trump is still very powerful in some parts of the country even while he is falling apart mentally and wrecking our country by failing to lead in ways that endanger all of us, even people in Alabama.

50% of Americans say nothing would convince them to vote for Trump.

If the election were held today, Biden would win, but don’t count Trump out. He and his team will lie cheat and steal to try to win.

As we know by now, Trump’s playbook has always been and still is smoke and mirrors.  Everything is fine, wonderful, getting better every minute. Instead of working hard to solve real problems, Trump works hard to hide the truth.  Trump has no federal plan to deal with coronavirus.  If he does not have one by now he is not going to have one at all. He will stick to the idea that states should do their own thing despite the fact that states are incapable of national coordination in terms of PPE, testing and tracing, and providing directives that include supporting the CDC to give Americans the guidance they desperately need to know when to open up cities and businesses and schools safely.  And because the pandemic will rage on, the economy is going to tank as well because we will not be able to get back to business as other countries are doing.

The most recent iteration of Trump’s snake oil salesman playbook was his order yesterday that information about the pandemic numbers NOT be sent to the CDC, but get routed instead to HHS where Alex Azar, his sniveling loyalist, will presumably help him to bury the facts and the truth about rising Covid case numbers hoping to fool the American people and cook the books long enough for Trump to be re-elected.

We know Trump is a conman.  This is just his most recent con. But I don’t think the American people are going to fall for it this time.  I think America is finally getting smarter about Trump.

Perhaps science is breaking through Trump’s disinformation smoke and mirrors, because there is a steady rise in the number of Americans who say they are wearing a mask.  74% of Americans say they wear masks when they are out and about. Only 6% rarely wear one and 5% never wear one.

Trump is also facing unprecedented head winds from former members of his own party.  Multiple groups including Republican Voters Against Trump, The Lincoln Project, and Right Side PAC (former members of George W. Bush’s administration).  These groups are  engaged in trying to influence Independent voters who went for Trump but need to feel they have permission to change their minds and not vote for him in November. Some of the most compelling ads are ones that show a Trump voter who has wrestled with his or her decision about having voted for Trump talking about why he or she will vote for Biden.

Biden has turned out to be the nightmare candidate for Trump because he is a white man who generally well liked.

I see coming across my news feed that Brad Parscale was just demoted.  Big deal. Another change in the make up of the campaign. It won’t help.  The problem is Trump himself. He is unraveling.  And of course Trump is our problem too since we are stuck with him until we can vote to get rid of him and then we still have to survive until January 20th at noon when the power of the presidency transfers to the new president. Can we make it another half year with this delusional man in charge?  I really hope so.