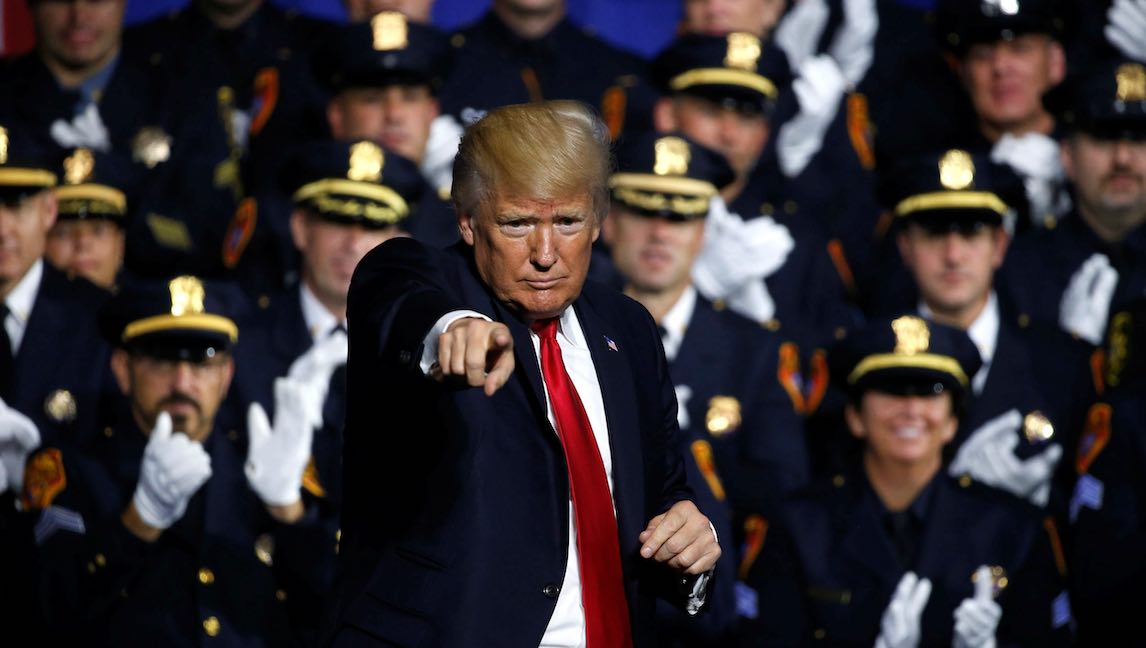 Portland, Oregon has been the scene of protests against racial inequality for the past 50 nights.  Elected leaders in Portland are handling the protests by trying to de-escalate, listen and work with the demands of the protesters. This tense situation has been exacerbated by the uninvited arrival of armed federal agents, agents that many people are calling Trump’s “personal army.”  Oregon’s elected officials were not consulted and did not ask for Trump’s secret police to come to Portland to help them out.

We have seen Trump’s “personal army” before. Remember when AG Barr sent the same unidentified goon squad to tear gas and rough up peaceful protesters in the square outside the White House, clearing the way so that Trump could get a photo op holding a bible upside down in front of St. James’ Church?

Trump’s goon squad in Oregon are armed, masked, camouflaged men without identification badges who have been seizing (kidnapping) protesters without telling them why they are being apprehended and taking them in unmarked cars to a federal building (a federal courthouse, it turns out) where they are held for hours and eventually released after asking to talk with a lawyer.

WTF?  Are we living in a third world country with secret police now?  Is this Nazi Germany? This has NO PLACE in our country!

There has been vigorous push back

The ACLU, both Oregon Senators Jeff Merkley and Ron Wyden, Oregon’s governor, Kate Brown, Portland’s mayor, Ted Wheeler, and the city commissioner have all demanded that the fed goon squad leave town immediately. “Authoritarian governments, not democratic republics, send unmarked authorities after protesters.” tweeted Jeff Merkley, one of Oregon’s Senators. Merkley tweeted out the video of an arrest which sure looked like a kidnapping of a protester by these “police” whose only identification is the generic label “police” across their vests and who refused to say why they were arresting the person they whisked away in unmarked cars. Portland’s Mayor said: “We’re demanding that the President remove these additional troops that he sent to our city. It is not helping to contain or de-escalate the situation it’s obviously having exactly the opposite impact.”

The federal government is asserting that this force was sent to protect federal property, buildings, statues and the like.  But Trump’s secret police seem to be going well beyond the mandate of simply protecting federal property.  They are not simply standing guard over buildings and statues. They are hounding and arresting people in the streets.

DHS put out the following statement: “Violent anarchists have organized events in Portland over the last several weeks with willful intent to damage and destroy federal property, as well as, injure federal officers and agents. These criminal actions will not be tolerated.” The CBP Commissioner, Mark Morgan, tweeted out that the agency will continue to arrest “violent criminals that are destroying federal property.” and he defended the lack of identification saying, “You will not see names on their uniforms b/c these same violent criminals use this information to target them and the families, putting both at risk.” Really?  Where is the evidence that that has in fact happened?

Trump WANTS Antifa and anarchists to be protesting in Oregon so that he can claim he is protecting people and property from harm.

Trump (and probably Barr and others) are characterizing what is going on in Oregon as a “violent insurrection” and sending in the special ops force so that they can make the case on Fox News and get good footage for TV ads his re-election committee can use to terrify suburbanites. He thinks fear mongering will help him get re-elected.  But according to the statements of the governor, mayor and Senators of Oregon, its the federal goon squad that is creating fear and terror in Oregon. The mayor of Portland was interviewed on CNN and said “What we’re seeing is a blatant abuse of police tactics by the federal government, by a Trump admin that’s falling in the polls. This is a direct threat to our democracy.”

Trump is a desperate and delusional man. This is part of his last ditch effort to get re-elected. He believes maybe he can win by getting frightened people to vote for him as the law and order president. We heard Trump ineffectively try to go in that direction in his meandering Rose Garden talk on Tuesday in which he said Biden would destroy the suburbs. It was hard to tell what he is saying anymore he is so muddled and bizarre in his thinking, but I guess that was what he was talking about.

A temporary restraining order has been filed

Political theater will not work to gain votes in the suburbs

Calling in a squad of border patrol agents, Homeland Security agents, and federal marshals without being asked by the state of Oregon is not only uncalled for and unnecessary, it is a dangerous move on the part of the Trump administration. This is political theater to help Trump get re-elected.  Let’s hope the courts put a stop to this insanity.  But even if they don’t and the Trump administration continues to deploy these goon squads across the country, which they are threatening to do, I think this ploy will backfire. Most informed voters are going to see this for what it is, just as the fear mongering about caravans coming to the border backfired in 2018. At this point all Americans know that Trump lies constantly.

The Trump administration is characterizing protesters as anarchists but this is the same administration led by a president who has lied over 20,000 times. His lies are self-serving and the goal is always political and connected to his desperate, grasping need to be re-elected. Trump would probably pay actors to dress up and pretend to be Antifa and anarchists so that he can get good footage for his re-election commercials.  I am not saying this is happening but I wouldn’t put it past Trump and Barr to do that.  Would you?

Now that Americans have seen what Trump is capable of lying about, I don’t think the majority will be fooled by this ploy.  I don’t think it will get him any more votes than he already has with the dwindling Republican Party that is being reduced to a tarry residue of cult members who would vote for this monster no matter what.

The Republican Party is Getting Smaller

In January the Republican Party represented 49% of the electorate and the Dems represented 47%. But today, according to the most recent Gallup polls there has been a major shift: the Dems represent 50% of the electorate and the Republicans represent only 39%.  That’s an 11 point shift of voters from the GOP to the Dems.  You would think that could not happen in this time of tribal politics.  But it is happening because of Donald Trump. His Republican enablers are glued to him.  As Trump goes down, many will go with him. And don’t be surprised if the cult members who are left support Trump in high numbers. That’s because they are the residue of what was once a political party that is now a cult.

Americans Are Sick of the Chaos

Americans are exhausted, afraid and many are sick and struggling to keep or find work.  The majority of Americans want to get rid of this president and this administration to get our lives and our country back on track.  It is exhausting to have this man constantly create chaos and distractions on every front instead of doing the job a president should do, namely, help our country overcome the pandemic and get back to economic health. 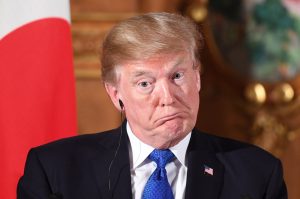 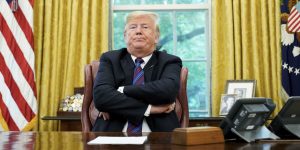 Next post When Trump Loses Will He Leave the White House?