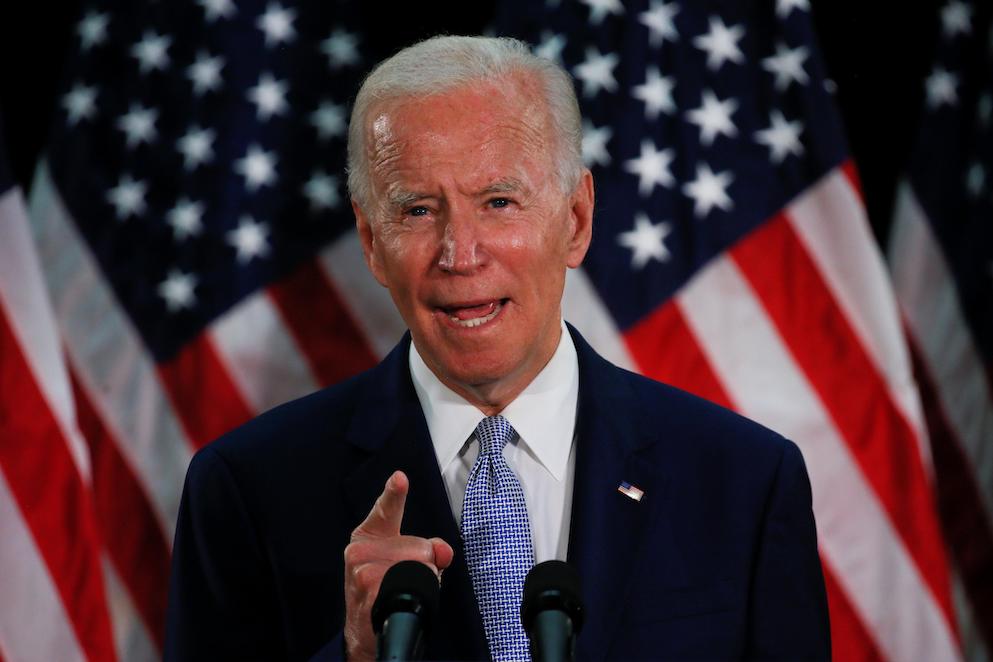 Just as America got closer to our long awaited infrastructure breakthru, Afghanistan happened!

Biden and the Democrats, led by Chuck Schumer in concert with Nancy Pelosi and many others, negotiated through the jungle of DC politics to get a behemoth bipartisan bill through the Senate. David Axelrod, a political commentator, described this feat like a giant truck backing up into a little tiny space. The maneuvering was masterful. Many pundits doubted the bill could pass. But Biden and the Dems pulled it off. At least so far.

When Biden first started as president he was a man on a mission. First, defeat the pandemic and get America back on a strong economic track. He set that goal and got the Cares Act passed in record time. Then he approached infrastructure with a single mindedness that stood in stark contrast to his predecessor. He is half way there now with the passage of the bipartisan infrastructure bill in the Senate which was closely followed later that night by the Dems only human infrastructure bill passed by the Senate using the reconciliation process that only requires a simple majority (which means the Democrats can pass it without any Republicans on board). Now both bills are in the House and are likely to be amended but are said to be likely to pass.

Biden and congressional leaders Nancy Pelosi and Chuck Schumer have a very large group of people they need to please. Democrats span everything from the AOC and Bernie Sanders progressive wing of the party to Joe Manchin and Krysten Sinema on the right, who are more like Republicans in their policy positions compared to most Democrats. Holding a coalition like that together is a big challenge. Even now, nine congressional Democrats in the House representing districts that lean Republican in their ideology, are pushing Nancy Pelosi to pass the bipartisan infrastructure bill right away even though she has vowed to keep both bills joined at the hip to make sure her progressives in the party stay on board.

Republicans are hot to get the bipartisan infrastructure bill passed. They were motivated to do that because they didn’t have much of anything else to run on in the midterms. If they can point to the passage of the huge infrastructure bill that will tangibly affect most Americans as they see roads and bridges rebuilt, Republicans think that will help them win in 2022. Then they planned to denigrate the Dems’ “socialist” human infrastructure bill as “over the top” and ‘inflationary” to distinguish themselves from Democrats.  But now Republicans will have another talking point for 2022 and 2024: Afghanistan.

Afghanistan Was a Serious Miscalculation

Biden miscalculated what would happen as he pulled out remaining troops in Afghanistan and we still do not know why or how that failure went down.  Biden clearly believed there was more time to get Americans and Afghans, who had helped Americans, out of the country. The sudden collapse of the Afghan government and army to the Taliban was either not expected or Biden failed to listen to the right voices–  the timing of the failure was shockingly rapid and seemed to take Biden’s administration by surprise.

The underlying problem is that our country has been propping up a thoroughly corrupt Afghan government for decades. The mess in Afghanistan happened over the last 3 administrations starting with Bush, followed by Obama, and then Trump. The graft and corruption of that government under the leadership of Ashraf Ghani and earlier leaders, and the successful efforts of Pakistan to develop and support the Taliban as a well financed force capable of taking down the government, were part of longstanding overwhelming problems in that country.

Biden had always said he would end the 20 year war in Afghanistan and that was also what 70% of Americans wanted. But thanks to Trump, who mismanaged the process of ending the war and left the final withdrawal of American troops to the next administration, Biden was stuck with a huge mess. Any American president leaving Afghanistan would be blamed for what was surely going to be an awful mess. But Trump set it up to be a far greater debacle than it needed to be. And Biden became the fall guy.

How Trump Teed Up This Debacle

What Biden did not seem to know was that the Taliban had already met with leaders in key towns and cut deals with key people in those towns to allow them to take over without a fight when the time came to do so. The goal was to avoid bloodshed. If he had stayed, the Afghan leader, Ghani, would have been killed by the Taliban, so of course he left town in a big hurry as the Taliban closed in on Kabul. And he apparently convinced Biden to hold back an exodus of Americans and Afghans who helped Americans to make it look like there was greater stability and will to fight the Taliban than there was in fact. Biden may have been snookered.

Biden had already stepped into the trap set up by Trump who reduced troop size to 2500, a force that could not directly fight the Taliban. Biden could not increase troop strength either because that would have broken the deal Trump made with the Taliban. The Taliban had agreed not to kill Americans as our country packed up to leave. But if Biden had brought in more troops that deal would have been broken and more Americans would have died. Biden inherited a rotten situation. He took over where Trump left off with a determination to remove our troops and leave the country in keeping with Trump’s deal and thinking he had more time to exit. As the army collapsed, Ghani left town fast, leaving thousands and thousands of people who should have been airlifted out, stuck and at risk under sudden Taliban rule.

Biden is right when he says this is even more evidence that we were propping up a corrupt government that did not inspire its own army to fight for it. Unfortunately, that leaves our country at a big disadvantage now since our diplomatic relations with the Taliban are uncertain but our country has to rely on the good graces of the Taliban who are not known for good graces.

We do not yet know whether the Taliban leaders are for real when they say they are not the Taliban of 20 years ago. So far they seem to be willing to allow Americans with passports get to the airport to be airlifted back to the US. But Afghans who helped Americans are worried and with good reason. They are stuck in a country where they will face retribution from the Taliban. Women and girls are facing a terrifying future as well. Already women are required to leave their homes only in the presence of a man. Every Afghan left in that country who wanted to get out and go to America is at risk and could lose his or her life because they assisted Americans.

Biden’s approval ratings have taken a hit, which is to be expected. They are down under 50% for the first time. He is on the defensive for the first time. But we do not know the end of this story yet. The Taliban may be forced to come into the 21st century to be successful at governance. If they fail to do that and commit atrocities, the world could retaliate. Afghan leaders needs help from the rest of the world right now, including the US.

Biden and his generals: Milley, Austin and others, have been clear that if the Taliban engage in terrorist behavior with respect to Americans we will retaliate. That is a real threat. The Taliban have not done well in any military head to head fight with the American army. If the Taliban allow Al-Qaida back into the country (it has scattered across the globe at this point), America has the ability to take action.

Flights are coming and going from the airbase ferrying Americans back to the states and if they can keep these flights going, perhaps Biden can regain control over the situation and regain some of his positive approval from the American people. But he will need to take a stand when it comes to Afghanis who helped Americans. He will need to find a way to rescue them too somehow. Americans are watching this debacle unfold. So are our allies around the world who were on the verge of developing faith in Biden before this happened.

Trump and his administration also set up the mess we see with the visa program for Afghan immigrants. There were serious roadblocks for Afghans who applied for visas to enter the United States. The draconian anti immigration efforts of Stephen Miller and the Republicans could not be more on display than the system they set up for Afghans to try to get visas. It was a next to hopeless maze that Afghanis tried to navigate but could not get through, by and large. Biden and his administration, however, failed to act to deconstruct that system fast enough to get Afghanis out in time. Now the system has, apparently, been altered so if an Afghan can make it over the wall to the airstrip, (some literally scrambling over with the help of American soldiers, and in one case a baby was handed over the wall and reunited with its father) these people will be airlifted out, but precious few will be able to get there and climb that barrier.

Afghanistan. The Delta variant. Wildfires (climate change). These are all hitting at once. For Biden to right his ship of state, he needs to get control of these situations.

Afghanistan might not be remembered come 2024 because Americans wanted out of Afghanistan and Americans have short memories.

The Delta variant is a rolling catastrophe in this country because of Republicans who not only refuse vaccines but rail against mask mandates and vaccine passports. Conservative media is a fountain of disinformation. Republicans who know better spout mis and dis information. They want Biden to have a crippled, anemic economic recovery. Once the vaccine is fully authorized I think Biden will urge local government, companies and schools to issue more vaccine mandates to get this pandemic under control.

The wildfires and climate change are the result of climate change denialism and the ultra rich in the fossil fuel industry who also knew better but wanted to get even richer. Thanks to their greed, we may face a world that could soon become un-liveable in parts of the globe. There are 100 wildfires currently raging in the West.

We shall see how Biden and his administration rise to these enormous challenges.  I wish them well for the sake of all of us in this country and around the world.