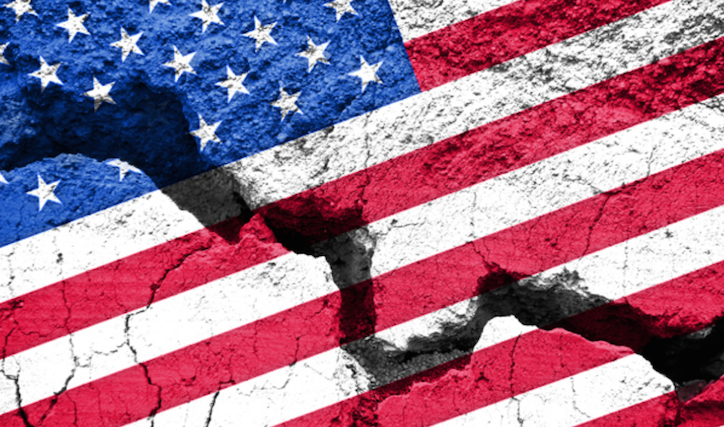 Ask anyone what they think about Washington, D.C. and you will hear them say: “Congress is broken.”  Hyper-partisanship and special interests are the two big reasons people say that Congress is so ineffective.  Voters in this country understand these underlying reasons for the sorry state of our government.  Many Americans voted for Trump hoping that he would be a positive disrupter.  Many thought he knew how to run a business.  Maybe he could really fix our broken system.  That was the hope.  Now we know the truth.

Trump and his administration have been running our government for a year and a half, and most people can see clearly that putting Republicans in charge has not solved the problem and in fact, they have made the problem far worse.  Trump plays only to his far-right base, which is a consolidated, smaller base, shrinking over time.  Trump’s behavior both exhausts many people and enrages many others even if his shrinking base perpetually likes him. His chaotic policies and rhetoric are unsettling for most Americans as well as the world.  The policies are mainly designed to please the 1%, appease Evangelicals and the right wing.   In short, this administration is not listening to the mainstream American voter.

New Maris polls show Trump support is fading in the key Midwest states that put him over the top in 2016.  Michigan, Minnesota and Wisconsin are showing 8 -12 point leads for Democrats in generic polling and very low approval ratings for Trump- between 36% and 38% with disapprovals in the range of 51% to 54% in these key states.  Suburban women are particularly angry with this administration.  But with Trump’s tariffs creating a trade war, many farmers and business owners are getting fed up as well.  Many of the so called “Trump triers” are saying “I tried it.  I didn’t like it.”

Fortunately, there are many exciting Democratic candidates who have both a collaborative and more pro-active mind-set.  They could make the difference in Washington, D.C. but they have to get elected first.

Some of the best of these new candidates are veterans. Some of these vets have seen combat, most have been entrusted with leadership roles and done well in those roles.  They approach running for office as their way to give back to their country.    One of these candidates is Josh Welle.

Josh is running in New Jersey’s 4th District which is in the center of the state.  Born in Trenton, and the son of a service-oriented family, Josh learned to put community first early in life.  In high school he joined ROTC and then went to the US Naval Academy where he was voted class president.  He served for 12 years on active duty doing four deployments.  He also held leadership roles as a strategic advisor and educator.  He is a Commander in the US Navy Reserve.  Josh was also an entrepreneur, founding and becoming the CEO of a software company in the government – tech sector.  As if that wasn’t enough, Josh is also a published author.  The book he wrote, “Shadow of Greatness,” was a bestseller and hailed by Tom Brokaw as a must read.  Josh has master’s degrees in international relations and business administration from the University of Maryland and a master’s in public administration from the Harvard Kennedy School.

Welle is a centrist in terms of his political beliefs.  His district needs him to be a centrist if he is going to win with these voters.  He has been running what he says is a “Conor Lamb” sort of campaign.  Like Conor Lamb, Josh is listening to the voters in the district he wants to represent.  He supports policies and ideas that directly help these voters.

NJ-4th district has been a conservative Republican stronghold, but anti-Trump sentiment has risen in this state and with enthusiasm on the side of the Democrats, there are enhanced opportunities for candidates in five NJ districts.   Josh is in one of those districts, along with four other Democratic candidates running in New Jersey districts that are in play for the Democrats in November.  These are the districts: NJ-2nd (Jeff Van Drew is a strong contender for a seat of a former Republican who retired), NJ-11 (Mikie Sherrill who was a former Navy pilot and Assistant US Attorney), NJ-7 (Tom Malinowski was in the Obama administration), NJ-3 (Andy Kim was another former Obama staff member.)

Josh’s race is one of the most competitive and important for the Dems if they are going to take the House in 2018.  The Dems need to win 23 seats to gain a majority in the House.  The key races are going to be in California, Pennsylvania and New Jersey, given the analytics and demographics reported by Cook.

When I asked Josh why he had gotten involved in this race, he spoke convincingly about how much service to his country means to him.  As a veteran, he views running for Congress as another call to service.

Josh won his primary on June 5th and will face off in November against the Republican incumbent, Chris Smith, who has held his seat for 38 years but has not held a town hall meeting in 24 years!

I asked Josh if he won this election, how he would be able to break through the partisan divide that exists today in Congress.  “I will start with relationships.  I would build relationships.  That’s my leadership style. I’d be authentic to my training and life’s work.”

When I asked Josh what he would say to the voters in his district about why he would be the right person for this job, he gave me this answer: “Millions of people have sacrificed for our country.  They gave their lives. The sacrifice was never for a political party.  They gave their lives for the ideals of our Democracy.  For me service is first. If elected, I will be a servant-leader.  I will always put public service first.  We need a new generation of leaders who have that resolve.”  He is right.

We can help Josh win in New Jersey’s 4th District.  He could become one of those strong new voices on Capitol Hill we so desperately need.  To help Josh win, contribute to his campaign at whatever level you can.  And if you can contribute to the other key candidates in New Jersey, do that too.  If you live in the area, help these candidates get out their messages by knocking on doors and talking with your neighbors.  Door knocking and having conversations with neighbors is very helpful to get people engaged enough to vote in the midterms.  Jump in and help.  It feels good to actually do something to fix our broken system!