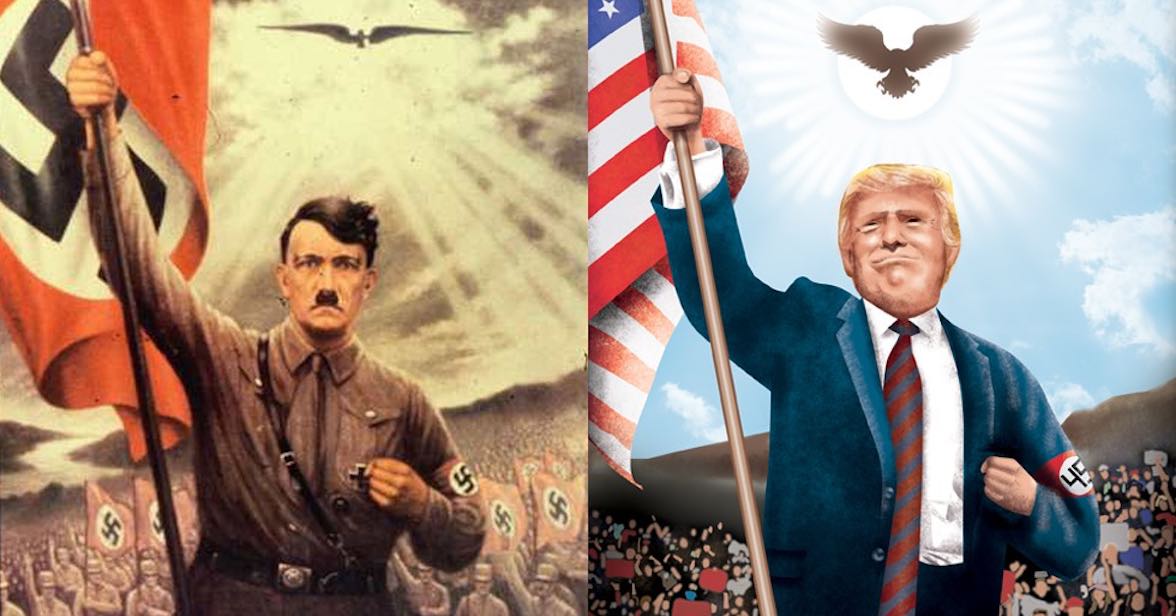 On November 15th Bill Barr gave a lecture to the Federalist Society.  He started out as if he was going to present a normal talk about the Constitution and democracy… but then he went rogue.  Barr presented his radical free style re-interpretation of what the framers of the Constitution had in mind when they set up the powers of three co-equal branches of government. Barr told the assembled group that Article II of the Constitution was intended to grant the president greater powers than the other two branches so that the president would be a “muscular executive” unencumbered by checks and balances.  The current encroachments on executive power “contravenes the Framers’ clear intent to vest that power in a single person, the President,” Barr told the group.

Barr went on to whine about how the courts have curtailed Trump’s Travel Ban and prevent changes to DACA that Trump wants.  He complains not only the Judicial branch, but Congress is wrongly encroaching on the power of the Executive branch claiming that “Congress is increasingly quick to dismiss good-faith attempts to protect Executive Branch equities. Labeling such efforts “obstruction of Congress” and holding Cabinet Secretaries in contempt.” He is referring here to the House response to Trump’s total stonewalling of subpoenas for documents and testimony.  If Barr is right then the House would be stripped of its Article I powers of oversight of the executive branch.

Barr also thinks that Trump is unfairly under siege from the “Resistance.” “Immediately after President Trump won election, opponents inaugurated what they called ‘The Resistance.’  “[T]hey see themselves as engaged in a war to cripple, by any means necessary, a duly elected government.” Barr claims that the Left is “engaged in the systematic shredding of norms and undermining the rule of law.”  Seems odd since it is the Left that is insisting Trump conform to the law including Constitutional Law.

Barr’s vision of the power of the president goes far beyond the framers’ intent.  But these ideas of expansive executive power are super helpful to Trump and his supporters who are looking for an argument against impeachment that will justify their failure to convict a lawless president.  We will hear about these ideas even more as Articles of Impeachment are drafted by the House Judiciary Committee and a trial takes place in the Senate.  Barr’s arguments clear the way for Trump supporters to claim that Trump was within his rights as president to act as he did with respect to Ukraine.  His corrupt, self-serving behavior was within the scope of his power as president, in other words, BECAUSE he is the president.

Over a dozen fact witnesses in the impeachment inquiry have overwhelming established that Trump intentionally withheld millions of dollars of allocated aid desperately needed by Ukraine to help that ally fight a war on its eastern border against Russia.  That aid was required by law to be disbursed to Ukraine after Congress voted on a bipartisan basis to grant it to our ally.  Instead, Trump froze the funds and used the money as leverage to coerce the Ukrainian president, Volodymyr Zelensky, to do two investigations that would help Trump personally:  1) open a criminal investigation into Joe Biden, his most feared rival who could damage his chances for re-election in 2020, as well as his son Hunter Biden, and 2) investigate and locate a server that was alleged to be in the hands of a Ukrainian oligarch that would prove Russia did not meddle in the 2016 election but instead Hillary Clinton and Ukrainians worked together to hack the DNC to make Russia look bad and hurt Trump.  (This is a debunked conspiracy theory created and amplified by the Russians that Trump believes to be true.)

The House Intelligence Committee held hearings for two weeks during which time the public heard from State Department and Department of Defense aides and Ambassadors.  Every defense claimed by Trump and his allies was destroyed by factual testimony.  For example, Trump claimed no quid pro quo “I wanted nothing in exchange.”  But Ambassador Sondland testified under oath that there was a quid pro quo and everyone in Trump’s immediate orbit was in the loop.  Trump claimed that the aid money was not held up at his direction.  But witnesses have stated under oath that the freeze was at the direction of the president.  As Trump’s defenses have been eroded by multiple witnesses’ factual testimony, the president’s supporters who want to defend him in the coming Senate trial, have been looking for a stick to cling to.  Attorney General Barr is trying to give them that stick, an argument they can use to defend Trump from conviction.

Barr argues that Trump has been attacked by the Left from the beginning of his time in office.  That is unfair, he is saying. and the courts and Congress should stop picking on the president. This fits with Trump’s view of himself as the grievance president.  Barr says a president should have the power to do what he wants to do especially when it comes to foreign policy and investigations.  If you believe this, then the damning evidence of the impeachment witnesses can be met with a shrug.  So what if Trump did these things?  Presidents have the power to do what Trump did and much more. Barr is an apologist for Trump and part of the gang Trump has hand picked to restructure our government so that he can run it gangster style, like a mob boss or dictator, with total control, not a president who must seek consensus.

You will hear these arguments from Trump supporters including Republican lawmakers, so watch for them and push back when you hear them.

1) Anyone trying to hem Trump in or get him impeached is denying the will of the voters and trying to overturn the 2016 election.  Poor losers.

2) Trump acted within his rights as president because he has the vast power to withhold money from a foreign country if he wants to and he should have power over all investigations including ones into himself. Trump is free to be an unchecked tyrant if that’s what he wants.

Barr’s comments were so incendiary that he was rebuked by a highly respected group of conservative lawyers, Checks and Balances.  This group of constitutional lawyers includes George Conway, Kelly Ann’s husband, who is an outspoken critic of Trump.  Conway and about a dozen other attorneys signed a letter criticizing Barr’s speech saying that his “interpretation of the law set a dangerous precedent” because Barr is claiming that the founders intended our country to have an essentially unchecked president whose unlimited powers were more like those of an autocrat or a king than a president.  That was not what was envisioned by the framers and it has not been the traditional interpretation of the Constitution.  The Founders specifically rejected the tyrannical power of monarchy.  That rejection of unlimited power of a king was the basis of their founding documents of our nation.   The American constitution delineates three co-equal branches of government that check and balance each other.  What Barr is advocating for is a president who is above the law and unfettered by other branches of government.

The argument that the president is above the law is also one that Trump’s lawyers are making in numerous federal appeals courts in response to Congressional challenges to Trump’s obstruction.  Trump ordered his cabinet members and aides not to respond to subpoenas issued by the House Intelligence Committee.  This unprecedented rejection of the power of Congress is a direct challenge to the efforts of the House to fulfill their Article I constitutional duty which includes an oversight role of the executive branch.

Courts are responding to this constitutional showdown.  Judge Ketanji Jackson issued a 120-page opinion in which she shot down the idea that Trump, or any president, is above the law.  She quoted from Animal Farm saying the idea that everyone is equal, but some are more equal than others, is what the founders rejected and what she also rejects in her opinion.  Witnesses subpoenaed by Congress. like Don Mc Ghan, must come before the House to testify whether the president wants them to or not.  By failing to respond to House subpoenas to testify or turn over documents, these witnesses are violating the law.

Our country is fast approaching a constitutional crisis with the pending impeachment trial of Trump, not because of the impeachment process itself, but because of Trump and William Barr’s reaction to it and the way the Republican Party has given in to this man who would be king.  They are trying to re-shape our democracy by rejecting deeply embedded democratic norms and replacing them with authoritarian executive power.

Charles Fried, a Checks and Balances member and Harvard Law professor has spoken out saying, “The people who claim they’re conservatives today are demanding loyalty to this completely lawless, ignorant, foul-mouthed president.”  He urges other conservatives to speak out and condemn Barr’s radical revision of presidential power.  If you needed a reason to get more active to get out the vote in 2020 and vote for Democrats up and down the ballot, here it is.