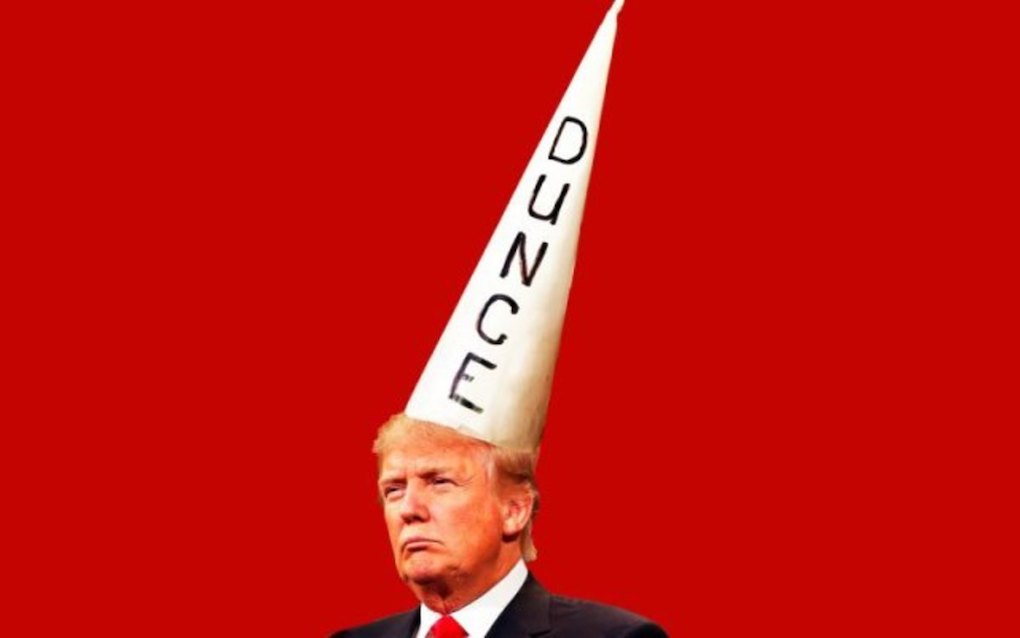 Wednesday the House Judiciary Committee held a Constitutional law class for Americans.  Four Constitutional law professors testified before the House Judiciary Committee and three of them explained impeachment in clear, convincing, easy to understand language using illustrations that would help anyone with an open mind understand why Trump committed impeachable offenses and why he needs to be removed now even though there is an election coming up in about a year.  (Spoiler alert: Trump is messing with the 2020 election and if he is not stopped he will cheat even more to get re-elected.) The professors were Pamela Karlan from Stanford Law School, Michael Gerhardt from UNC, and Noah Feldman of Harvard Law School and there was a fourth professor, Johnathan Turley from George Washington University.  The first three professors were called by the House Dems and Turley supposedly represented the Republicans.

Turley made the argument that the House Intell Committee put together their findings in a “slipshod” way.  In other words, they were moving too fast!  Turley wanted the courts to get involved and rule on whether first hand witnesses like Bolton should be required to testify.  He wanted to wait for the courts to rule on the subpoena requests made by the House that the president was ordering his underlings to defy.  Even if they had eventually been ordered to testify before the House you know they would have claimed executive privilege.  It would have been a waste of time.  And as Nancy Pelosi pointed out on Thursday in her press conference, referring these matters to the court system was one of the tactics Trump was using to obstruct the House.  The Dems were not willing to engage in rope a dope over the obvious power of the House to subpoena witnesses and documents that Trump was defying.

Turley did not defend the president’s actions.  He admitted that Trump’s July 25th “call was anything but perfect” and that if a quid pro quo could be established with better evidence then, by gum, Trump might be guilty of an impeachable offense.  Turley wanted more evidence,  but he failed to acknowledge the uselessness of that strategy.  Because even if the House spent more time investigating this president they had already reached a point of very diminished returns.  They would not be learning anything new since the facts established by witness after witness were not contested in any way.  The first-hand witnesses were being obstructed by Trump.

You might wonder as I did if the Republicans really knew what Turley was going to say in his remarks because what he argued did not  address the merits, or the evidence.  He also did not call the investigation a hoax or a sham.  He also did not explain that the Founding Fathers would not have impeached this president because he knows darn well that the Founders would have impeached Trump in a New York minute.  Trump is exactly the reason why there is an impeachment clause in the Constitution.

Turley also argued that since everyone is experiencing “agitated passion” and we are all running around feeling mad at each other these days, including his dog and his wife, that this impeachment could be a rush to judgement- the result of hyper-partisanship and  not based on sufficient evidence.  I began to wonder if maybe Turley’s wife was mad at him for being an idiot.  Maybe his dog too. Because that evaluation of his was pretty stupid and did not rely on the known facts and evidence we have all learned in the House Intell hearing.  Of course people are upset.  If a president is being impeached people are bound to feel upset and hyper-partisanship will be a byproduct.  Having Trump as president has increased hyper-partisanship because of his divisiveness and hateful rhetoric.  Drawing out this process will not help to ease hyper-partisanship.  Getting rid of Trump as president could be a start to regaining greater unity in our country.

The other three professors shot holes in Turley’s argument.  They all agreed that the facts established an overwhelming case for impeachment and that the Founders were shockingly prescient because they almost literally predicted Trump would come along one day.    They worried that one day someone would come along as a presidential candidate and appeal to the masses but be out for himself, for his own enrichment, his own re-election, and would use the vast power entrusted in him as the president to get whatever he wanted for himself without regard for the people and the country he is supposed to represent.  They worried that a rogue president might reach out to foreign countries and allow them to have influence in our democracy (Note that we have Trump demanding that not only Ukraine but China engage in a hit job on his political rival).  As Karlan said emphatically “This cuts to the heart of our democracy.”  The president’s actions pose a “clear and present danger.”  The party in power is not a democracy if the president goes after his political rivals as Trump tried to do with Biden, Kaplan told the audience.

All three scholars agreed that the facts establish bribery which the Founders understood to occur when a president asks for personal benefits in return for an official act.  Kaplan used a good example saying that if you live in Texas or Louisiana and your state has a big storm you would not want a president to say, “Sure I will give you the money you are entitled to to do the clean up, but I want a favor, though.  I want you to say my political rival is a criminal.”  That is gut level wrong and corrupt.  That is comparable to what Trump did with Ukraine.  The professors also agreed that the facts and evidence establish obstruction of Congress, obstruction of justice, bribery and abuse of power.

Kaplan also highlighted that the most “chilling” line she read when she reviewed all the testimony from the House Intell hearings was something Sondland said.  Sondland understood that Zelensky just had to announce the investigation into Biden.  He didn’t have to actually do it.  What was so awful about that? It tells us Trump really had no interest whatsoever in whatever corruption there might be on the part of the Bidens but that he wanted the criminal investigation announced so that he could injure his most feared political opponent to help himself get re-elected.

All three professors agreed that getting caught before the bad acts were fully accomplished was no excuse at all.  A bank robber leaving the bank with stolen money but getting caught by the cops outside the bank door before he could get away doesn’t absolve him of the crime. If Trump gets away with this he will keep getting away with it.  Soliciting a foreign country for a hit job on a rival by itself is an offense and days after Trump was caught by the whistleblower he was already out on the White House lawn in front of his noisy helicopter asking China to investigate the Bidens.  The guy is incorrigible, in other words.  He’s been caught doing this before and called out for it in the Mueller Report and he still commits more of the same crimes.

Noah Feldman noted that the Republicans keep saying, “What law did Trump break?”  Feldman said it clearly and it needs to be repeated over and over: The Constitution IS THE LAW!!   Wake up!  Trump is breaking the law of the land by violating the Constitution.  Not to mention bribery is one of the listed impeachable offenses in the Constitution.  All three professors established that “sacrificing national interest for his own private ends was impeachable” and needed to be acted on because his actions will damage and corrupt the upcoming election.  Where the Mueller investigation was about the past presidential election of 2016, this set of bad acts is about corrupting the upcoming election in 2020 and eroding the public trust in that outcome.  There is no way the Dems can wait or draw this out.  They need to act and act now.

Nancy Pelosi also made an important point Thursday in her press conference.  “All roads lead to Putin,” she said once again.  Trump’s failure to give the aid to Ukraine is not just about Ukraine.  This is about Russia and it’s hold over Trump. This is about our national security.  Who got helped by Trump when he failed to provide the allocated funds to Ukraine?  Russia did.  And Russia is not our friend even if Russia is Trump’s bestie.  Trump confounds his own needs with those of the American people.  Trump thinks that what is good for him is  good for this country.  Nothing could be further from the truth.  Trump and Putin are on the same page.  Trump is either a Russian asset or he is unwittingly helping Russia.  But Russia wants to destroy our democracy.  You figure it out.

Nancy Pelosi is not waiting around.  On Thursday she called for Articles of Impeachment against Trump.  As she put it “I am sorry the president made this necessary.”  She also stated that the Dems do not take pleasure in impeaching the president.  They see their role as “defending democracy for the people in this country”.  They see their role as checking a president gone rogue who is sorely in need of being checked and balanced.

70 million Americans are watching the impeachment hearings.  They may not watch it all day but they are viewing portions of key testimony in their social media and newsfeeds.  But will they care?  Do they understand that Trump’s effort to obstruct the efforts of the House to subpoena documents and witnesses could mean the end of the co-equal branches of government and literally the end of our democracy?  Do they understand that Trump is trying to become a king, a monarch, a man who is above the law?  Do they think that is ok?  Do Americans think that everyone is corrupt (even though this set of acts by Trump is far worse than anything in the history of our country), but are Americans so jaded and cynical that they will not believe that Trump has committed impeachable offenses because everyone does this stuff?  Are so many people part of Trump’s cult that they will see nothing here but a hoax or partisan bickering instead of threat to our country and our democracy?

Americans just got a terrific Constitutional Law class.  Trump flunked it.  What he knows is con law not Constitutional law.  Let’s hope Americans understand what Trump is up to.