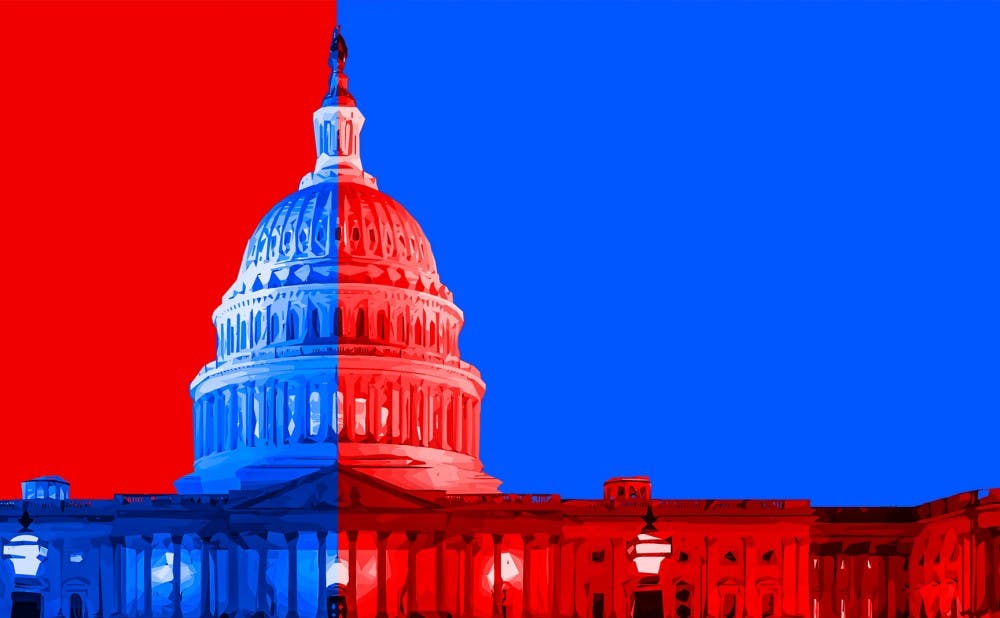 GOP Cover Up in the Impeachment Trial Could Cost Them Senate Control in 2020.

On Tuesday, January 14th, Nancy Pelosi will meet with her caucus in the House and after that the Articles of Impeachment will move to the Senate.  Both articles could be sent over, although one of them might be held back. The Abuse of Power article is continuing to develop with new information coming out as the result of new evidence from Lev Parnas, now being reviewed by the House that might require more depositions in the House.  The Contempt of Congress article is fully fleshed out.  We know at least one article will go over to the Senate, however.  We will learn who will be picked to be House managers in the Senate trial.  There will be a few days of preparation and then the trial will begin.

Once the trial starts, there are strict rules governing how it is to proceed.  The Senate will meet every day except for Sunday until the trial is over.  There are strict rules barring Senators from speaking.  They must communicate by written notes.  There are rules about the exact time of day the trial must begin each day.  Chief Justice Roberts will oversee the proceeding but his power is more limited than a typical judge in a courtroom because he is there to make sure the will of the majority of Senators (51) is carried out.  If the Chief Judge does make a ruling, 51 Senators could overrule the Chief Judge.

Senators Susan Collins, Mitt Romney and Lisa Murkowsky seem to be the three Republican Senators so far gingerly expressing some interest in having witnesses and documents at the trial.  There could be other Senators who might join this brave band of possible outlaws- Cory Gardner, Thom Tillis and perhaps others.  Unless there are four Republicans on board to join Democrats and get to the magical 51, there will be no additional witnesses or evidence.

John Bolton knows a lot.  Bolton was in the room with Trump throughout this whole Ukraine incident and probably knows everything that happened.  He has said he would appear to testify if he gets a Senate subpoena.  But Trump has suddenly become altruistically concerned about the rights of future presidents to have private conversations with National Security Advisors.  In a recent Fox News interview he said he would assert executive privilege to keep Bolton from testifying.  Obviously Trump doesn’t want Bolton spilling the beans.

If there is a fight over Bolton testifying pursuant to a Senate subpoena, it would need to be litigated in the courts before Bolton would show up as a witness.  Delaying the proceeding for that ruling would make both Dems and Republicans unhappy at this point in time since there are three Democratic Senators running for president and the Iowa caucus vote is coming up fast. As for the Republicans, they are trying to keep everything under wraps by limiting any evidence whatsoever.  If the Chief Judge  rules from the bench on the subpoena issue with respect to Bolton that would eliminate the delay, but no one knows if he would be willing to do that and if he did whether 51 Senators would overrule the Chief Judge.  The right result, consistent with precedent, would be that Bolton honor a Congressional subpoena but if his testimony would reveal national security secrets Bolton would be permitted to limit his testimony regarding those conversations.

Mitch McConnell will be working as hard as he can to limit all testimony and keep the trial from becoming a circus led by the hot heads from the House like Jim Jordan and others who might be coming over as part of the Republican manager team- we will see who gets picked.  McConnell is one of the most detested members of Congress even in his home state of Kentucky.  He needs Trump to be re-elected.  Trump won Kentucky with a 14 point lead over Clinton in 2016 and he is still adored in that state.  Trump and McConnell are working hand in hand to make the Senate trial go away as fast as possible.  Lindsay Graham also needs Trump to win in South Carolina.  He will do everything he can to limit this upcoming trial and make it go away as fast as possible.

The interesting twist here is that to the extent the Senate fails to allow evidence and witnesses, the take away by the American people will be that there was a cover up.  Which is accurate.  So far, the way the GOP is handling what is supposed to be a full and fair hearing for the good of the country, is nothing short of a continuation of Trump’s obstruction of Congress only this is the Senate obstructing itself.

Americans want a trial with documents and witnesses.  They know what a real trial looks like.  To the extent the Republicans get what they want, a sham trial, however, they may end up paying for it in 2020 Senate races in purple states where the electorate is closely watching what their Republicans senators are doing and how closely aligned they are to Trump.

Polling in key swing states show that Americans care about the fairness issue and they expect witnesses and documents.

Polling from Hart Research found that 63 percent of voters in Arizona, Colorado, Maine and North Carolina would react unfavorably if their senator voted against calling witnesses or subpoenaing documents during the Senate impeachment trial. Another poll from Morning Consult found 57 percent of voters believe the Senate should call additional witnesses. That includes 71 percent of Democrats, 56 percent of Independents and 40 percent of Republicans.

To the extent that swing state Senators fail to listen to the wishes of their constituents, they run the risk that they will pay a price in 2020.  The short term goal of keeping the trial brief and rushing to the roll call vote in a hurry may seem to serve the Republicans’ best short term interests but could turn out to be the explosion that flips the Senate blue.  If that is the case, it will be ironic to watch these dominoes fall:  McConnell (and Graham) forced to be wedded to Trump to be re-elected… cause the Senate trial to be a sham… causing the American people to be even more sick and tired of the lying, cover up and the corruption… causing turnout of more Americans to vote against Trump and the GOP…causing the Republicans to lose control in the Senate.  Will this be the playbook?  Stay tuned.