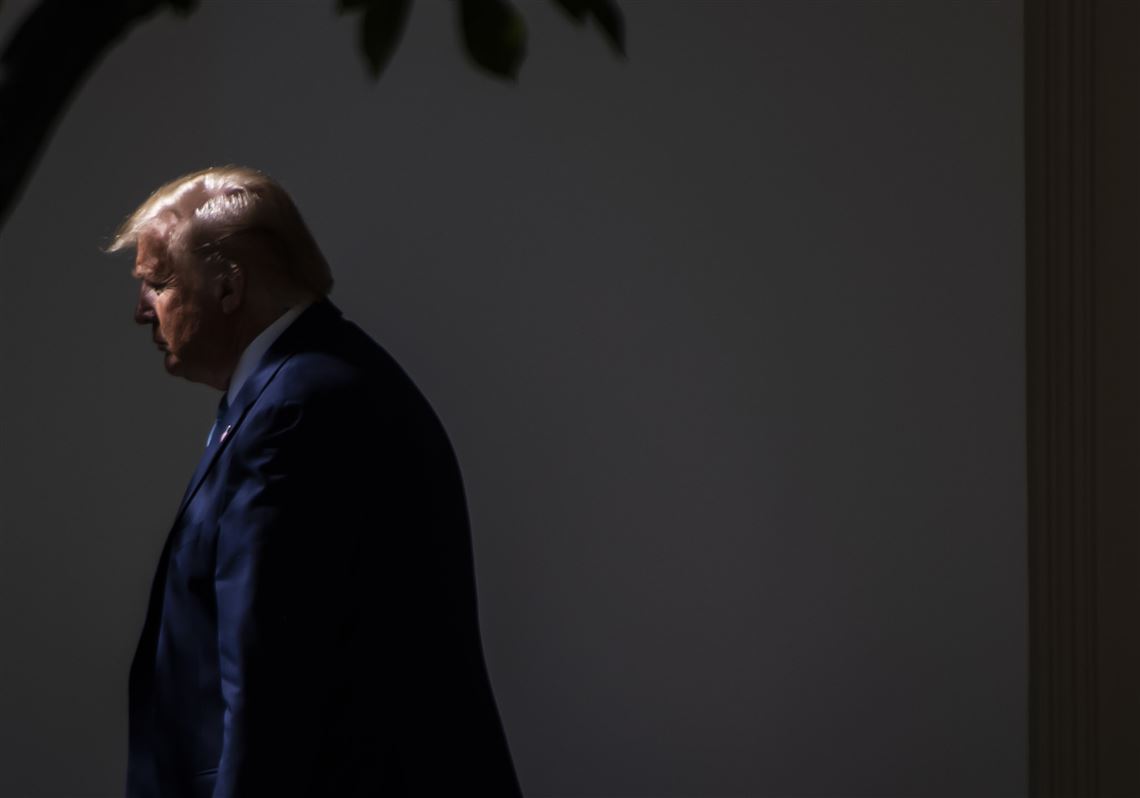 Lev Parnas just blew open a huge gaping hole in the GOP effort to keep evidence in the Ukrainegate plot secret.  He was the on-the-ground bagman for the Ukraine scheme being run by Rudy Guiliani on behalf of Trump. Lev Parnas has first hand information galore.  For Republicans who are complaining about not enough first hand information, well here is the answer to your prayers.

On the eve of the transmission of the Articles of Impeachment to the Senate, brand new evidence came out that is truly damning for Trump, Guiliani, Bill Barr, Mike Pence, Mike Pompeo, Devin Nunes and really the whole Republican Party.  Lev Parnas’ interview with Rachel Maddow aired Wednesday night and will continue Thursday night.  Evidence from his cell phone was included in the documentary evidence the Dems transported to the Senate as part of the Articles of Impeachment.  Republicans refuse to look at this evidence at their peril.  The truth is coming whether you like it or not.

For those of you who read this blog, you might remember that I have written about the potential blast effect of this evidence coming to light.  We are going to see how it affects the impeachment trial and whether it will act as a lever to open the door Mitch McConnell, Lindsay Graham, Trump and the rest of the complicit GOP are trying to keep tightly shut to protect Trump by keeping the truth from coming out.  If not, it will come out more fully in the House.

This evidence was not leaked.  It was made available to the House pursuant to a court ruling.  Parnas is under indictment by SDNY although Parnas does not seem to have a cooperation agreement with SDNY.  The evidence includes copies of text messages, a letter signed by Guiliani that was sent to Volodymyr Zelensky the president of Ukraine, a handwritten note on hotel stationery written by Parnas and some WhatsApp communications.  Even more telling was the interview Parnas did with Rachel Maddow that aired Wednesday night on her show.  More is coming Thursday night.

The most important take away is this- just as Gordon Sondland said: “Everyone was in on it.” And everyone includes Mike Pence, Bill Barr, Devin Nunes, Kevin McCarthy, and others in Trump’s inner circle and his administration- all were named by Parnas.  If Parnas is to be believed, our country is being run by a man who is more like a Mafia don than a president. He has replaced everyone with power around him who had a semblance of principles with mopes, yes men, bagmen, accessories before and after the fact, and a cast of corrupt players and hangers on.

New evidence we have learned about includes a letter sent to the Ukrainian president, signed by Guiliani and sent on May 10, 2019, revealing that Rudy was involved in not only pushing for a meeting with Vlodomyr Zelensky but telling Zelensky that he was requesting this meeting in his capacity as Trump’s personal lawyer “seeking exculpatory evidence” relating to the president.  Rudy requests the meeting and says he is acting with the “knowledge and consent” of the president.  This letter was written at the very same time that Trump was telling Bill O’Reilly that he was not behind Rudy’s trip to Ukraine and that, gee, Rudy might have even cancelled his trip, who knows, and you know Rudy has other clients not just him and that he was not pushing Guiliani to go to Ukraine to try to dig up dirt on Joe Biden and his son.  Yeah yeah yeah sure.  In the infamous phone call Trump had with Zelensky on July 25th, that read out of the call from the White House includes Trump urging Zelensky to “talk to Rudy.”  Rudy’s insistence that he is acting as Trump’s personal lawyer puts the kabosh on Trump’s claim that he was trying to investigate corruption in Ukraine.  You don’t do that with your personal attorney.  You do that through your State Department.

Trump is not telling us the truth …but that’s nothing new.  15,000 lies and counting.  But it gets worse.

One of the items from Lev Parnas is a handwritten note on Ritz-Carlton hotel stationery “get Zalensky(sic) annonce (sic) that the Biden case will be investigated.”  That was Trump’s objective in his extortion playbook to help himself get re-elected by knocking Biden out with a smear campaign, a criminal investigation in Ukraine that Zelensky that Trump was obsessed about.

There is also evidence in this trove from Parnas that Yury Lutsenko, a Ukrainian official who has been identified as a sketchy actor in Ukraine, was offering to investigate Burisma and the Bidens if Trump would fire Ambassador Marie Yovanovich.  She was a thorn in his side because she was squeaky clean and Lutsenko wanted her out of the way.  Lutsenko’s wishes aligned with those of Trump.

In addition, there are cryptic text message exchanges and Whattsapp communications between Parnas and a Republican by the name of Robert F. Hyde who is a very sketchy Trump donor.  Hyde met Parnas hanging out at the bar in Trump Tower.  Hyde drinks a lot. These text messages between the two of them refer to Ambassador Marie Yovanovich in a menacing way and contain references to her being surveilled, her movements tracked, by someone in concert with Hyde.  One of the messages reads: “if you want her out they need to make contact with security forces.”  Okay, that’s very gangster and very very creepy but we don’t know if this is trustworthy evidence of an actual surveillance effort at this point.  Hyde says he was drunk at the time he made these texts.  Maybe so, but that does not answer the question of whether an ambassador was being tracked and surveilled as part of the Ukrainian “drug deal” Bolton talked about.  Lev Parnas, in his interview with Rachel Maddow downplayed the idea that Amb Yovanovich was ever in any real danger.  However that needs to be investigated more.  Ukraine just announced they will open an investigation into this.  Why hasn’t OUR State Dept opened an investigation yet?  Oh, wait, maybe because Pompeo is part of the “drug deal”?  Lev Parnas also convincingly implicated Mike Pence, Bill Barr and others in the Trump administration in his interview with Maddow.  He sounded credible but he was not under oath.  And do you trust a guy who has been indicted?  The Republicans will make the most of that, but when you are dealing with mafia types and gangsters, like our president, that’s what you get as witnesses.  You don’t get Mother Teresa.

When it comes to Marie Yovanovich and whether she had really been in danger, we cannot be sure yet.  As an ambassador, she was living in quarters and working in places that were protected, and the messages seem to be about how to get at her when she was outside the protected spaces of the embassy.  You might remember from her testimony that she got a phone call from the US the night she was giving a posthumous award to the father of a woman, a heroic corruption fighter in Ukraine who died after being attacked.  That call was from someone in the State Department warning Yovanovich to come back to the United States “immediately” “on the next plane” because of “concerns about your security”.  Also recall that in Trump’s conversation with Zelensky from the White House read out Trump referred to Marie Yovanovich as that “woman” in a foreboding way saying that she was “going to go through some things.”

We are getting more deeply into what was afoot in Ukraine thanks to this new evidence.  But we have to learn more.  This new evidence puts Trump squarely in the role of the director, a man with an obsession about getting Biden dirtied up to help himself get re-elected.  Lev Parnas flatly told Maddow that Trump lied when he said he did not know who he (Parnas) was.  Parnas needs to testify in the impeachment trial.  Bolton must testify too.  For that matter Trump should be sworn in and forced to testify.  The GOP cannot complain about not having first hand witnesses and fail to call in first hand witnesses.

Also just in is a new report by the GAO (Government Accountability Office), a nonpartisan congressional watchdog agency.  The report says that the blockage of funds by the OMB led by Mick Mulvaney (at Trump’s direction- according to witnesses who have testified under oath) broke the law.  It was a crime.

As the truth emerges the Republican Senators are going to have to face not only their short term re-election problems but their long term legacies.  John Bolton is going to write a bombshell book that will tell us all the truth about Trump and his toxic administration.  If these Republicans do not see the handwriting on the wall and take this impeachment trial seriously, get in witnesses and allow in documents, they will risk losing re-election in any state that is trending blue.

It is very timely that this evidence is coming to light right now.  I believe this evidence was reason Pelosi and the House Dems held up the articles of impeachment.  They knew this evidence was coming and were waiting for the new evidence to be ready for release.  I think they held their cards close to their collective chests and played their hand for maximum strategic effect.  This new evidence creates maximum pressure on the Republicans to have to allow in evidence at the trial whether they want it or not.  The horse is out of the barn.  This evidence will come out either in the Senate trial or in a House Intell committee hearing but it is coming and probably more is on its way.

If I were a Republican right now I would be terrified that John Bolton might find his way to a microphone and do an interview in which he (gasp!) tells the truth.  If I were Bolton I would hire a food tester.  Bolton holds the future of the GOP and Trump’s administration in his hands because he not only knows the truth he is said to be someone who will tell the truth.

If the Senate refuses to hear from Lev Parnas or John Bolton or others witnesses or allow in documents after this new testimony has come to light, the House can pursue the evidence simultaneously with the impeachment trial in the Senate.

America is watching.  71% of Americans want a real trial.  More is likely to come out even before the trial begins in earnest next Tuesday.

Trump is not the only person on trial.  The Republicans in the Senate are all on trial.