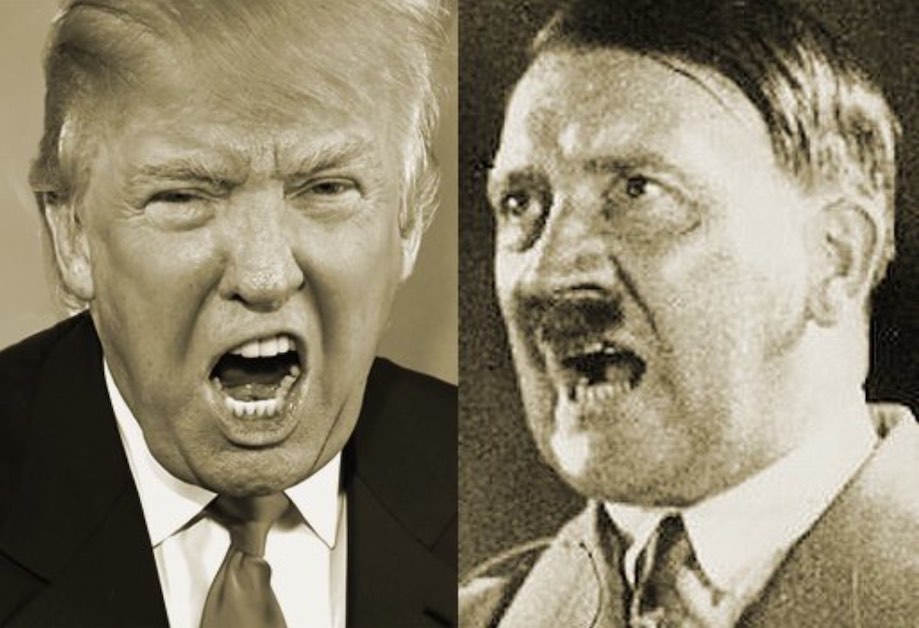 Thirteen members of two domestic terror groups were arrested before they could carry out their plot to kidnap and possibly kill the governor of Michigan, Gretchen Whitmer.  The FBI was aware of the plot as it was being developed because they had confidential informants who were already inside the group and others who infiltrated the group documenting the scheme as it was being hatched and steps were taken in furtherance of the conspiracy.  At least one of the informants was in the inner circle of ringleaders. He wore a wire and provided the FBI with extensive taped conversations and video content that will corroborate the testimony if this case ever goes to trial.

The main leader was Adam Fox. He owns a vacuum cleaner store in Grand Rapids, Michigan that had a trap door under a rug that opened into a basement. On June 20th the group met in the basement for one of the planning meetings. Fox gathered up everyone’s cell phones so the conversation would not be recorded. But the confidential informant was wearing a device that recorded the meeting. At that meeting the group discussed assaulting the Michigan State Capitol with Molotov cocktails to attack police vehicles. After that meeting, the plot got even darker.

Throughout June there were numerous planning meetings and field trainings where IEDs were built and tried out and tactics were rehearsed. July 18th there was a meeting in Ohio where they discussed shooting up Governor Whitmer’s vacation home in western Michigan and a plan to abduct her. On July 27th Fox was recorded saying the best opportunity to abduct Governor Whitmer would be when she was coming or going from her vacation home or the Governor’s residence. Fox said, “Snatch and grab, man. Grab the fucking governor. Just grab the bitch. Because at that point, we do that, dude, it’s over.” They planned to remove her to a secure location in Wisconsin for a “trial”, They also planned to blow up a bridge to hinder a police response. They discussed making and sending bombs. The group used encrypted messaging. All of this evidence was captured on tape by the confidential informant who was trusted as one of the inner circle in the conspiracy.

This group called itself a militia. But it was not a true militia. It was a terror cell. The definition of a militia is:  A group of private citizens who train for military duty in order to be ready to defend their state or country in times of emergency. State governors can call upon the National Guard for emergencies that are prescribed by state law. Militias are law abiding. Terror cells are not.

Terrorism is the unlawful use of force or violence against persons or property to intimidate or coerce a government or its citizens to further certain political or social objectives.

None other than super right wing Justice Scalia wrote in the Heller opinion in 2008 that although the Second Amendment protects a person’s right to bear arms for self-defense, it “does not prevent the prohibition of private paramilitary organizations.” Twenty-five states have laws that prohibit paramilitary groups from teaching people how to use firearms with a goal of civil disorder. Other states prohibit non government officials from assuming the roles of law enforcement or military. The “well regulated militia” was always intended to be an arm of the government, not private paramilitary groups.

Fox was leading a group of angry misfits who were planning to engage in terrorist acts outside the law, including force and violence against the governor of Michigan to further their political objectives. They talked extensively about their goal of violent overthrow of government and law enforcement agencies. They wanted to murder “tyrants” like the governor. Why? Because she had closed the gyms in Michigan out of concern about the spread of coronavirus. That infuriated Fox and others who wanted to use the gyms and were being prevented. The group was already on the radar of the FBI and police because a number of its members had been trying to get the addresses of law enforcement officers to target and kill them as well as a confidential informant had come to the police to let them know about that plot.

Global Domestic Terrorism is On the Rise

There has been a 320% rise in right wing terror globally. Anti-government extremists have become more active in response to what they believe are dire threats to their existence according to Cynthia Miller-Indriss, who wrote the book “Hate in the Homeland”. In the US, fear of a coming multicultural shift, the browning of America, is fueling right wing extremism. But the problem is worsened when the leader of the country legitimizes extremism.

Our country has seen a sharp rise in domestic terror groups since Trump was elected. There is a strain of white identity politics that is trying to move this country even further right than it already is. The far right is both racist and homophobic. Many members of these groups claim their acts are grounded in the Constitution. There is a lot of talk about “liberty” in these groups, which seems to mean these people think they have the right to assert whatever THEY want to do without regard for what other people might want. They don’t care if their “liberty” rights intrude on the rights of other people or the safety of the larger community.

The rise of so-called right wing white supremacist militias that are actually terror cells was noted by the head of the FBI, Christopher Wray, in his recent testimony before Congress.

Whenever Trump is asked about domestic terrorism, however, he almost always deflects, claiming antifa are the bad guys.

For example, Trump, in June singled out antifa – short for “anti-fascists” and an umbrella term for far-left-leaning militant groups – as responsible for the violence that followed George Floyd’s death.

However, Chris Wray clearly contradicted Trump in his testimony in the Congressional Homeland Security hearing, saying that that characterization was false.  Here is what Wray said about antifa:

“It’s not a group or an organization. It’s a movement or an ideology.”
Trump routinely deflects blame away from these domestic terror groups. Just as he said after Charlottesville that there were “good people on both sides”, he is protecting and intentionally encouraging domestic terrorists to continue their activities. He is normalizing these paramilitary terrorist groups. In the debate with Biden, Trump told the Proud Boys to “stand back and stand by“, which they took to mean he wants them to be ready to take to the streets if Trump doesn’t win reelection outright on Election Day. The group has used Trump’s call to action as a recruiting tool to gain new members putting Trump’s words on T-shirts to publicize the Proud Boys.
The Proud Boys were also active in Portland riots, and in Kenosha.  They stir up trouble wherever they go.
As the Anti-Defamation League and the Southern Poverty Law Center have documented, the group’s occasional disavowals of racism, neo-Nazism and violence have been contradicted by countless videos, photographs, members’ rap sheets and their postings on social media, where Proud Boys figures have been banned from mainstream platforms.
What Happened in Kenosha
Trump encouraged gun wielding vigilante groups again in the recent Kenosha, Wisconsin, incident in which protests about the assault on Jacob Blake had led to riots in that city. Kyle Rittenhouse, a young man wielding a military style weapon, who had come from Illinois to Wisconsin with a self-proclaimed vigilante group, claimed to be assisting local police in protecting property during the riots.  Significant numbers of armed civilians[46] were also on the streets.[47] Police said that such groups had not been invited and were not helpful. In the chaos that night, Rittenhouse killed two (white) protestors.  Trump aligned himself with Fox News and conservative media to defend him instead of standing up for the efforts of Wisconsin’s Governor Evers to deploy the national guard and local police to quell the unrest, not extra-legal gun toting private citizens.
How Governor Whitmer Called Trump Out
The day after Fox and his 12 other gang members were arrested, Governor Whitmer held a press conference. She thanked the FBI and police for their outstanding work.  And she pointedly blamed Trump for encouraging domestic terrorism, calling him “complicit”. Some of these same men who were arrested in this plot had responded to Trump’s call to “Liberate Michigan!” They went to the capitol carrying weapons and menaced the legislators there. Trump bears responsibility for encouraging these people.
Here is what she said:
“When our leaders encourage domestic terrorists, they legitimize their actions. When they stoke and contribute to hate speech, they are complicit. And when a sitting president stands on a national stage refusing to condemn white supremacists and hate groups, as President Trump did when he told the Proud Boys to “stand back and stand by” during the first presidential debate, he is complicit. Hate groups heard the president’s words not as a rebuke, but as a rallying cry. As a call to action.”

If you are still a Trump voter you are supporting a man who encourages domestic terrorism in our country. Is this really the person you want to be our president? 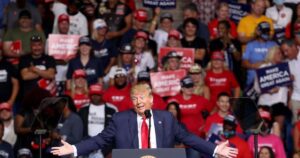 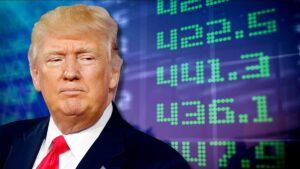 Is Trump Slip Slipping Away?