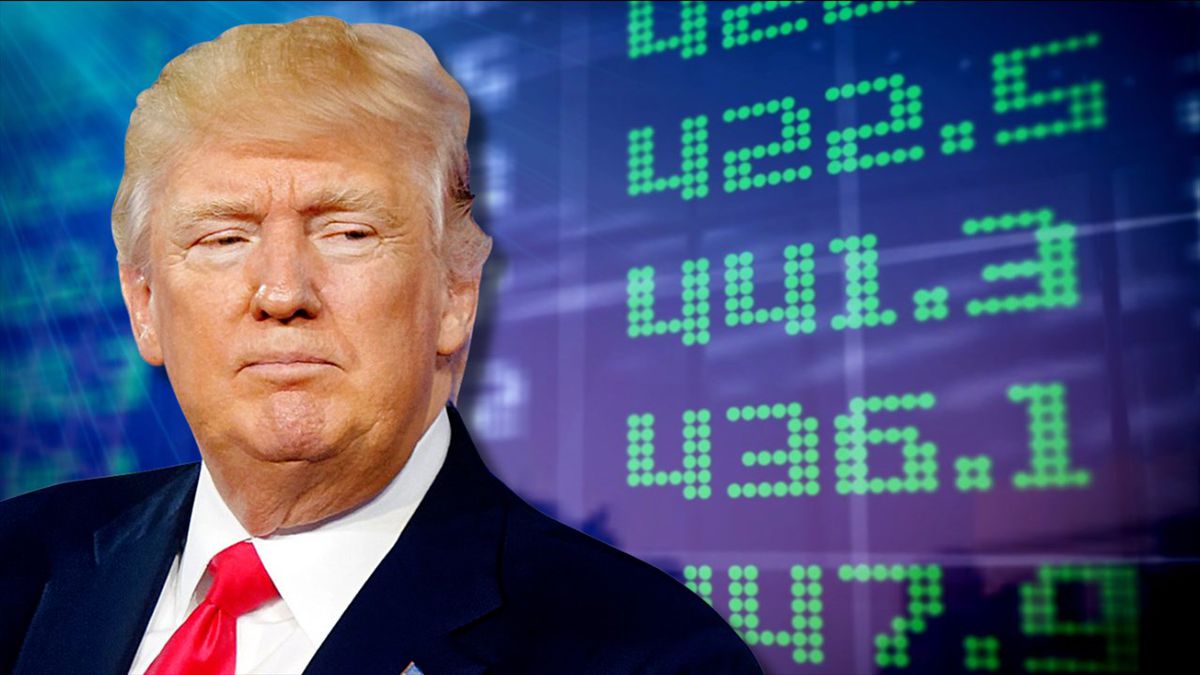 Donald Trump was hired by disgruntled Americans to blow up Washington DC. He has proven to be up to that task and then some. What Trump is not capable of is steady governance. He is not a manager. He is a disrupter. He changes his mind constantly. He can’t learn new ideas or new ways of thinking. All of this has its limits.

At this point Trump’s track record as an effective president is not a good one. He failed to manage a pandemic that other industrialized countries handled far better. There are over 200,000 dead Americans as a result. Our death rate is higher than other industrialized countries. Many small businesses are on life support, dying or dead. There is a direct connection between the pandemic and the economy.  Trump has failed as a competent leader.

Wall Street got some goodies from Trump early on. The tax cut for corporations and the 1% was sweet. But Trump has been inciting culture wars and fighting with allies, blowing up everything Obama, and getting into stupid trade wars with China. All the competent administrative support staff has been fired or left because they are not able to work with this guy. Trump has nothing but the third stringers- a lot of incompetent people who are trying to keep up with his erratic and petulant demands, making mistakes, not communicating with each other, and worried about their own health in a White House that has become a viral hot spot.

Wall Street doesn’t like chaos. Wall Street likes deal flow. Wall Street likes infrastructure projects. And stimulus packages. Wall Street is anticipating a Biden win and they like what they see. A full flush Democratic win in the House, Senate and White House will mean infrastructure week will actually happen and a much larger stimulus package will be passed than anything coming out of this broken, hopelessly gridlocked Congress. Those 400 bills that have passed in the House to help the American people will finally get a vote in the Senate. They represent spending on behalf of the American people. The leadership will be steady. An increase in taxes will be offset by a far healthier, rising economy.

Many Congressional Republicans who have slavishly followed Trump’s lead, are starting to pull away from him. They are anticipating a post Trump era just as Wall Street is. As they realign themselves and jockey for position in a post-Trump landscape, they have suddenly remembered that Republicans don’t like deficits. The return of that reflexive reaction to spending has caused them to refuse a large enough second stimulus package even though Americans are in desperate need of help. Instead, the Republicans are maniacally focused on bum rushing Amy Coney Barrett onto the Supreme Court. This Supreme Court appointment is a travesty. It will be the GOP’s swan song. And many of them must know it.

I think McConnell can see what is coming as the SS Trump goes down; many Republican Senators and Representatives will go down with that ship. The ones who remain will need to rebuild a party that was hijacked by a con man who literally trashed everything the GOP stood for. Trump has broken all the china in the china shop. If Republican Senators hope to experience some form of political rebirth, they will need money.  Where does their big money come from? Their overlords: the right wing ultra rich ultra conservatives like the Koch brothers who are behind the Federalist Society plot to take over the judiciary. And what do those overlords want most of all?  They want to own the Supreme Court. Barrett is the darling of ultra conservative interests because she will give them the key to the castle- a complicit Supreme Court that will rule in favor of their corporate interests in every possible way.

As this country nears the November election, the polls uniformly favor for Joe Biden nationally and in key battleground states. As John Cassidy points out in his column on October 8th, many economic analysts are looking in the crystal ball, seeing a Biden win, and recognizing the positive implications for our economy. Cassidy noted that on Tuesday, October 6th Trump called off negotiations between Republicans and Democrats over a spending bill. You might think that that would cause the market to fall since it was the last real hope for a spending package before the election. Americans are going to be furious at Trump and the GOP for failing them.

Lo and behold, the next day the Dow rose over 500 points which was its biggest jump since July. Cassidy speculates that the market rise reflected anticipation that Trump will lose the election since Trump will not have a strong closing argument that he jacked up the economy. The economy was his last viable argument to win over voters beyond his cult base. Cassidy thinks the market was expressing excitement about a Trump loss and a Biden/Dem win. It was expressing excitement about Biden who will in fact Build Back Better which means deal flow and infrastructure programs, and clean new energy jobs. If higher taxes also get factored in that’s ok if the economy is growing again.

“All else being equal, such a blue wave would likely prompt us to upgrade our [growth]forecasts. The reason is that it would sharply raise the probability of a fiscal stimulus package of at least $2 trillion shortly after the presidential inauguration on January 20, followed by longer-term spending increases on infrastructure, climate, health care and education would at least match the long term tax increases on corporations and upper-income earners.”

[The economic outlook] “is strongest under the scenario in which Biden and the Democrats sweep Congress and fully adopt their economic agenda.” “If you get a vaccine…and we are on the other side of that, and you throw in a three-trillion-dollar package, I think you get to full employment by spring of 2022 in stead of winter 2023. That would make a huge difference to very stressed groups and take the edge off the social unrest and the political discord.”

“Wall Street has fared extraordinarily well under Mr. Trump: deep cuts to taxes, slashed regulations and, until the pandemic hit, record stock prices. But in recent months, dozens of bankers, traders and investors said in interviews, a sense of outrage and exhaustion over Mr. Trump’s chaotic style of governance- accelerated by his poor coronavirus response- had markedly shifted the economic and political calculus in their industry.  They are surprisingly unperturbed at the likelihood of his raising their taxes and stiffening oversight of their industry. In return, they welcome the more seasoned and methodical presidency they believe he could bring.” [The Wallets of Wall Street Are with Joe Biden, if Not the Hearts- NYT]

As Biden’s chances to win outright get better, Wall Street likes the result even more.

” [I]nvestors now see an indisputable win for Mr. Biden and the Democratic Party as the most favorable outcome for the market…”

For one, a clear victory for Mr. Biden cuts down on the chance of a contentious period after the Nov. 3 election that extends political uncertainty into the foreseeable future. In recent weeks, the possibility of a contested election — or even an outright constitutional crisis — was being priced into markets as Mr. Trump repeatedly refused to commit to a peaceful transfer of power.

The statements pushed jittery investors to cut back on their stock market risk over the last month. Starting in early September, the S&P fell for four consecutive weeks, coming close to dropping 10 percent. The likelier Mr. Biden is to notch a conclusive victory, the greater the amount of risk of political uncertainty that investors can take off the table.

“The cleaner the win, then the less likely that there is a disputed election,” said Mr. Jalinoos, of Credit Suisse. “Once you downgrade that risk, it tends to be a market positive.”

Even Las Vegas bookies oddsmakers are betting on a Biden win.

Betting odds indicate major trouble for Trump & Co. after a week in which more than 30 White House staffers and high-level advisors tested positive for coronavirus, forcing them into quarantine and creating more chaos for the reelection campaign.

Trump is now a +190 underdog, down from +170 on Friday. Those match the worst odds we’ve seen for Trump – he briefly reached a nadir of +190 when his health was in question in the hours after he was hospitalized at Walter Reed National Military Medical Center earlier this month due to coronavirus.

Biden is now a -235 favorite at the betting shops, representing his best odds yet.