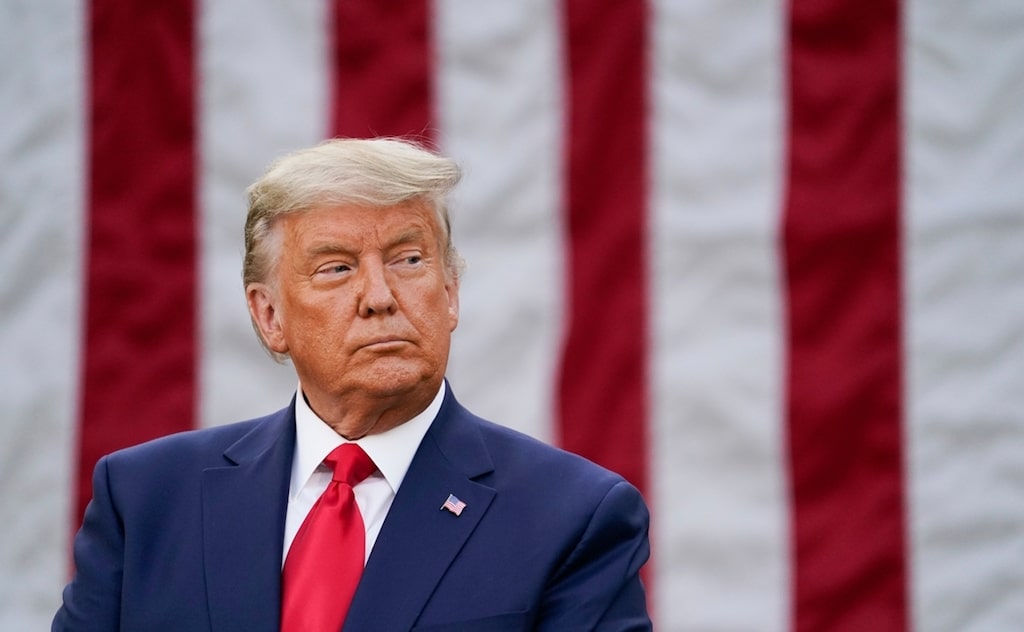 The GOP made it official today. It’s the party of the Big Lie. Liz Cheney was just voted out of leadership by the Republican caucus in the House. Her sin? Refusing to believe or go along with the Big Lie that Trump won the 2020 election which he lost. Congressional GOP members are unable to shake Trump off because too many Republican voters who WILL vote in primaries still believe in Trump and Trumpism and have dug in on the Big Lie. (About 70% of Republicans still believe Biden is an illegitimate president. He is not.)

In the Senate, Mitch McConnell has vowed to spend 100% of his effort to defeat the Biden agenda. (He sort of walked that back but no one is fooled by that wink wink concession to moderate Republicans who don’t want the GOP to be the party of NO.) Then he and others in the GOP whine that Biden isn’t bipartisan enough and won’t work with Republicans. That is beyond hypocritical. There is no way to partner with someone who refuses to dance with you.

Biden and his team keep saying they are ready to dance, willing to dance and want to work with the Republican Party. But there is no way the GOP will be a real partner as long as they worship at the altar of Trump. Instead of pulling away from Trump, Congressional Republicans are doing a deeper dive. Instead of telling the Republican electorate the truth, the GOP is going all in on lying and generating laws that suppress the vote of people of color, students, and people living in cities so that Republicans can “win” elections by making it easy only for “their” likely voters to have their vote count. The GOP has taken the Orwellian Animal Farm idea to a new level, that “All animals are equal, but some animals are more equal than others.” Apparently only Republicans will be allowed to win elections from now according to Republicans.

GOP: The Party of Trump and Only Trump

Liz Cheney has become a sacrificial lamb on the altar of the Golden Idol, Trump. She was purged from the party Wednesday, May 12th. She insisted on telling the truth. Trump lost the election. He is spreading the Big Lie. In her editorial in the Wall Street Journal and in two additional fiery statements (one delivered to the House chamber void of Republicans except for one– the rest of them had walked out), Cheney is throwing down the gauntlet. She will not go gently into the night. She wants to be the start of a new Republican Party that will challenge the Trump infested base of the party that cast her out. She writes:

The Republican Party is at a turning point, and Republicans must decide whether we are going to choose truth and fidelity to the Constitution. In the immediate wake of the violence of Jan. 6, almost all of us knew the gravity and the cause of what had just happened — we had witnessed it firsthand. ( The link to her op ed is at the bottom of this post.)

Any truth that Trump doesn’t like has become unacceptable to the Republican base and anyone who tells the truth will become an outcast.

Cheney lost her leadership role to Elise Stefanik, a far less conservative member of the House who is willing to go along with disinformation and lying to gain power in the Trumpian Republican Party. She has no morals, apparently. And neither does the Republican Party that remains in Congress. For the GOP, the only truth is the truth uttered by the lying former president, Donald Trump, the Big Liar, who bends reality to his will. In short, the lunatic fringe of the GOP has become the beating heart, the central core of the GOP. McCarthy, Chris Christie, Nikki Haley and others who told the truth about Biden winning and Trump lying have all changed their tunes. They are cozying up to Herr Trump.

The Midterms are Coming

How will this play out in the midterms? Because if the party of lies wins the House back it will look like Trump and Trumpism has won the argument between truth and lies, reality and unreality: Trumpism will be victorious.

How likely is it that Republicans take back the House?

Right now it is very likely that Republicans will take back the House in 2022.

Why? There are many reasons. Here is one big one:

Many people who would not support the lunatic fringe GOP also do not traditionally bother to vote in midterm elections, not to mention the voter suppression laws will make it much harder for these folks to vote. If the midterms do not engage enough of the majority of sane, suburban, blue, blue leaning and city voters in battleground states to take the trouble to vote even in a non-presidential year, Trumpism will win back the House and Senate.

This is especially true in the battleground states of Georgia, North Carolina, Florida, Texas, Arizona and the rust belt states: Michigan, Wisconsin and Pennsylvania. Riled up, outraged, fearful, Trump loving anti-democratic voters are definitely gonna show up to vote in primaries for Trump loving, QAnon believing Representatives. Will those people win the election in their districts and flood the House of Representatives with even more kooks and nutballs?  Yep. The voter suppression laws that are getting passed by Republican state legislatures and NOT VETOED by Governors (because the Governor of the state is Republican) are being installed for this very purpose: to support the Big Lie and the Big Liar and to flood the House of Representatives with the likes of more Marjorie Taylor Greenes, Paul Gosars, and Jim Jordans.

What is the counter to this rot? What can people who care about our democracy do to prevent the destruction of our democracy by a sick, toxic GOP that worships Trump and stands to win the House and possibly the Senate back in 2022?

Jen Psaki tells us the Democrat’s game plan. While the GOP led by Mitch McConnell is 100% focused on blocking the Biden agenda, the Biden administration is 100% focused on helping the American people have better, more successful lives. If you like what you get with the Democrats, then you need to vote as if your life depends on it in the MIDTERM election. That is not an overstatement. That is the truth. And if the Dems can get that message out over and over and over again, the midterms just might be the break our country needs to have to start shedding the toxin of Trumpism and Trump himself from our country.

What Can be Done Right Now

Meanwhile, there is a lot we can do to shape the future of our country and we cannot wait until we are close to the election because the path forward needs to be cleared of underbrush if at all possible. The underbrush is the filibuster. It stands in the way of passing legislation that Americans want and need. The only bills that will pass will be ones that can pass with a simple majority. That’s legislation about the budget (reconciliation), and judicial and executive appointments.

Even though the Democrats narrowly lead in the Senate, the minority led by Mitch McConnell can use the filibuster like a giant barrier he can roll into place almost at will to prevent the passage of legislation like the For the People Act. That Act could wipe away over 361 the voter suppression laws being passed by 47 key state legislatures in Texas, Florida, Georgia and other states with Republican state legislatures and Republican governors. That Act would also stop the flow of dark money and help to free us from the cycle of ultra wealthy conservatives buying our elections. That Act would do a lot of things that most Americans really want.

But it will not pass. Because of the filibuster.

The filibuster could be altered by a simple majority vote but two Democratic Senators stand in the way of that: Joe Manchin (West Va.) and Krystin Sinema (AZ). Remarkably, Sinema is one of the sponsors of the For the People Act and Manchin supports much of the content in the bill but both of these senators want Republicans onboard to support passage. They both come from very red states and need to appease the Republicans in their states. Sinema says this:

“When you have a place that’s broken and not working, and many would say that’s the Senate today, I don’t think the solution is to erode the rules,” [Sinema] said this week. “I think the solution is for senators to change their behavior and begin to work together, which is what the country wants us to do.”

Yeah. Sure. As long as McConnell is leading the minority in the Senate and has the ability to use the filibuster as it is currently set up, that will never happen no matter what she thinks “the country” wants senators to do. Who is “the country” anyhow? Americans are self-interested but it depends on what each person sees as self-interest and there is a lot of disparity in those assessments.

I have written about HR1, S1, the For the People Act which is an expansive bill that responds to many electoral evils. https://markinreport.com/2021/05/07/last-chance-to-save-our-democracy/It has made its way to the Senate but given the current state of play has no chance of passing.

There is another piece of legislation that might be easier to pass in the Senate because Republicans at least formerly supported it: The John Lewis Voting Rights Bill. It would reinstate the protections of the Voting Rights Act before the Supreme Court struck it down in Shelby v Holder. There is work being done now in the House to ready that bill for passage by crafting new rules of enforcement that would be acceptable to Republicans and to the more conservative Supreme Court of today. Perhaps that will have a better chance of passing in part because it is more limited in scope.

But the clock is ticking. After the states get their new data from the Census in September, they will be redrawing district maps and we don’t have to be rocket scientists to know that the red states are gonna crush it when it comes to drawing unfair maps that give them a huge advantage in 2022. Call your Senator and say you want the For the People Act to pass and the John Lewis Voting Rights Bill to pass too.