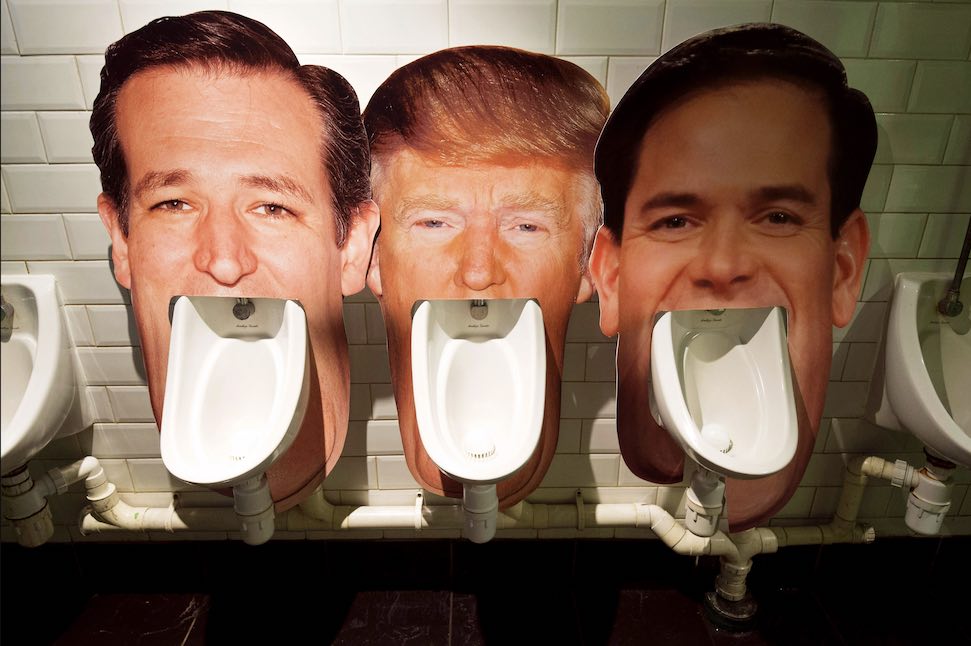 Joe Biden’s approval rating has risen to 44% in the most recent polls. More Americans now favor a Democratically led Congress albeit by a small margin. The leading concern of Americans (21%) has moved from the economy to threats to our democracy. Sarah Palin lost her bid to be the replacement Senator from Alaska in rank choice voting and, most important, for her to lose that election meant that conservative Republicans in that red state chose a native American Democrat, as their second choice over Palin.

These recent shifts in public opinion could be canaries in the coal mine.

“The Democratic gains come from increased support among independents, women and younger voters,” according to both Democratic and Republican pollsters as reported by the Wall Street Journal.

Why the Dems are Meeting the Moment

Why MAGA Republicans Are Doing Worse

Midterm Script is Being Rewritten

The midterms were supposed to be a referendum on the failures of the Democratic Party and Joe Biden, at least according to the Republicans. But as we get closer to the midterm election, many of the strong, negative economic headwinds are softening.  If you want a job you can get a job — the job market is remarkably strong. Supply chain problems are easing. Inflation is a concern, but the Dems are trying to address that concern with their Inflation Reduction Bill and the Fed is trying to navigate the way forward for our economy to have a “soft landing” and avoid recession. And a new WSJ poll tells us that Democrats are fired up to vote. Overturning Roe has caused 83% of Democrats to be more likely to vote compared to 31% of Republicans.

Key battleground states also showed large increases (in Democratic voter registration), including Pennsylvania, Michigan, Wisconsin and Ohio, which are all facing statewide races in which the fate of abortion access could be decided in November.

Meanwhile, Trump continues to get crazier and crazier. He is making the midterms all about himself and dominating the news cycle. The more he dominates it, the worse it is going to be for Republicans in the midterm general election.

Additionally, as the leader of the GOP, his picks for the Senate are proving to be terrible: Dr. Oz, Hershel Walker, JD Vance, Blake Masters and Adam Laxalt who are loyal Trumpers are not inspiring small donor funds. Trump makes matters worse for them by using his social media platform to carry on about conspiracy theories and elevate Q’Anon which his base loves but sane Americans think is cuckoo for Cocoa Puffs. His shocking Mar-a-Lago mess is front and center in the news.

Trump’s Mess-a-Lago has raised concerns about whether he sold our most precious government secrets including human intelligence information, which takes years to develop, to benefit himself. Others wonder whether he was going through documents to sanitize his image and remove information that could expose the truth about him if he runs for president again. Others think he was chasing down information that could prove Barack Obama spied on him.

But what the heck was he doing with our top secrets in his closet, his desk drawers, and comingled with his personal affects? Why did he take our most sensitive top secrets with him on trips to foreign countries? Why are there some 48 file folders marked top secret that have missing contents? What did he do with those contents? Could he have other top secret documents in his Manhattan home too? Will he use our most sensitive documents as bargaining chips to stay out of prison as his former attorney, Michael Cohen predicts?

No matter what you think of Trump, this most recent criminal investigation by the DOJ does not bode well for him or for us as a country. Perhaps the most important information contained in the DOJ’s nearly 40 page response to Trump’s request for a special master is contained in footnote 5 of the government’s response:

What DOJ is saying in footnote 5 is that they are pursuing Trump for a CRIMINAL case. It could be criminal concealment or it could be removal of top secret documents but whatever he did this is a CRIMINAL CASE. They are not simply asking him to return his love letters from Kim Jung Un or his cocktail napkin from a meeting with President Macron.

As Karl Rove pointed out on Fox News, and Bill Barr, former AG in the Trump administration, is saying as well, is that what Trump did is just plain ILLEGAL and indefensible. Full stop.  Trump had no business taking and then concealing over 11,000 government documents, secreting them away at his golf club which is not only not a safe space for our top secret documents but a perfect place for Trump to meet with people who would pay him for this incredibly valuable information.

What he did with them in fact is not yet known to the public but the DOJ has been working this case for some time which accounts for the many redacted pages in the affadavit for the search warrant. The judges who are involved in this case get to read that information and learn how badly Trump has screwed our country. We don’t get to know that stuff yet. But it must be bad for the DOJ to risk the disruption and political firestorm they knew would be coming by doing a search at Mar-a-Lago.

Biden delivered a speech in Philadelphia that finally called Trump out by name and called out his followers. He identified Trump and the MAGA Republicans as part of an authoritarian movement and warned Americans that our democracy could be lost. This speech was long overdue. The remedy is voting in the largest possible numbers in November.

In retaliation, two days later, Trump attacked Biden and called him “an enemy of the people” and the FBI and DOJ “vicious monsters.” Trump labeled Biden’s speech as “the most vicious, hateful, and divisive speech ever delivered by an American president.”  Which is a great example of transference- the pot calling the kettle black. Then Trump again claimed he had won the election in 2020. When Trump feels attacked he inevitably goes on the attack and he is so nuts I think he actually believes the lies he tells his followers.

As Trump is ginning up his hate filled followers, at least 10 GOP candidates in competitive races are trying to scrub their websites of their ties to Trump (and their extreme views about abortion), hoping voters will forget what they stood for in the primary. They will try to pretend they do not support Trump long enough to get elected. But make no mistake, if they are elected, they will not be able to stand up to Trump and Trumpism, because that is all that is left of the Republican Party and disloyalty is not allowed.

In the same speech in Pennsylvania, Trump also attacked John Fetterman who is running against Dr. Oz. Trump called Fetterman a “socialist loser” who used hard drugs –without any evidence of that claim whatsoever. Fetterman responded by saying “More and more lies from Trump and Dr. Oz; another day, but it’s the same crap from these two desperate and sad dudes.” That response to Trump’s attack is the right way to fight back. Do not let the attack on you go unanswered and expect that by rising above the fray you will succeed by “going high”. Attack back with the truth and use humor, shame and pity.

The good news is that general elections are not the same as primary elections. Primaries bring out the most loyal, engaged and enraged voters on each side of the political divide. But general elections bring out mainstream American voters who crave moderation. If enough Democrats, women, moderate Republicans and other sane Americans come out to vote we could be on our way to expelling this authoritarian movement. At least it would be a start.

All of us can help out. Canvass for good candidates who will help Americans have good lives. Write post cards. Make phone calls and text voters. Donate if you can to the Democratic Party and to key candidates who need to get out their messages.

Democracy is not a given. It is in peril here in America. But every one of us has the power to make a difference.