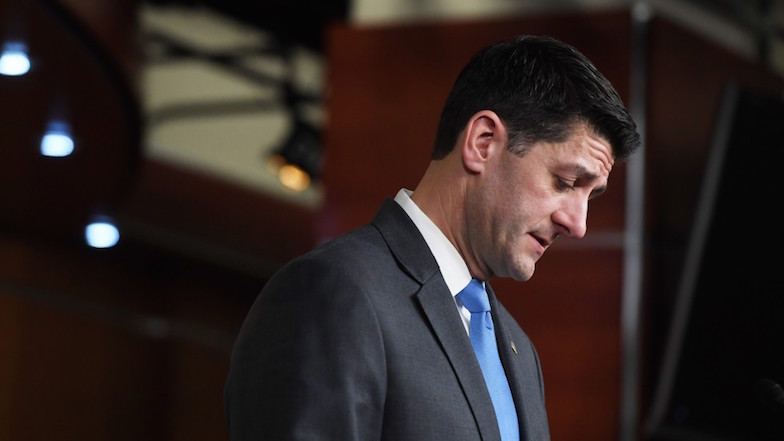 Breaking news to brighten your day! Paul Ryan is not going to run again. You heard that right. But just so you can really enjoy the full benefit of this news, here it is again in bold: SPEAKER OF THE HOUSE, PAUL RYAN IS NOT RUNNING FOR OFFICE AGAIN.   Let’s have a party! Here’s to the Blue Wave!

I am hungry for good news, how about you? With rumors that Trump is on the verge of firing someone to get the Mueller investigation off his back – will it be Rosenstein, Mueller, Sessions? … and with more adults leaving the White House (think Tom Bossert), there is so much shit in the barn, there must be a pony in there somewhere. And there is. A little pony in the barn, under all the manure.

7 out of 10 Americans support Mueller.

69% of Americans say Mueller should not be fired. (Quinnipiac poll).

A majority of Republicans do not want Mueller to be fired.

Lou Dobbs on Fox News tried to gin up support to fire Mueller and delegitimize the FBI and DOJ with a poll of Fox News viewers by having viewers take this poll:

“Do you believe the corrupt leadership and actions of the DOJ and FBI are now so outrageous and overwhelming that President Trump should fire Special Counsel Robert Mueller, AG Jeff Sessions and Deputy AG Rod Rosenstein?”

What other rays of hope are out there?

Mitch McConnell crept out of his rabbit warren to say that Mueller should be able to finish his job. And Senators Grassley, Lindsay Graham, and John Kennedy also crept out their rabbit holes to talk with journalists to support continuing the investigation. Any more Republican rabbits willing to say something to support democracy?? We would like to hear from you. And a big thank you to Tillis for pushing Republicans to pass legislation to prevent Trump from being able to fire Mueller. Doubtful it will pass, but maybe it will get some people thinking about how to get on the right side of history.

There is more good news coming. Next week James Comey’s book comes out. That should be a very interesting read.