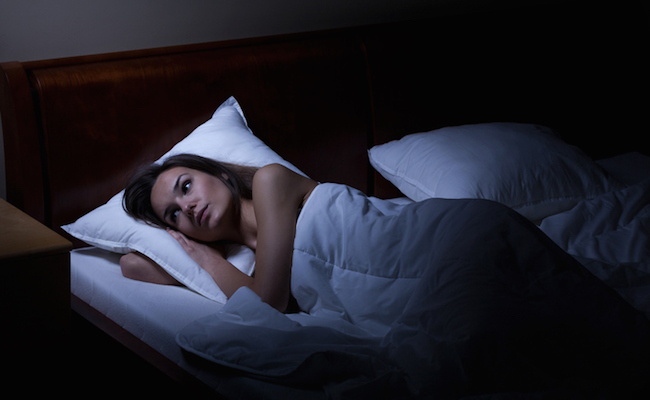 Did you watch Rachel Maddow the other night? I did. And after that I couldn’t sleep. She unwrapped three key things that are going to be a big deal and they are coming to a theater near all of us very soon.

First thing: there are papers involving Trump specifically, that were identified in the search warrant and sought by the FBI agents that was issued in the Cohen investigation giving permission for the FBI to go into Michael Cohen’s offices and hotel room and conduct an extensive sweep. It is a big deal that the president is named in this search warrant. There is no hiding from the high probability that Trump is going to be caught up in this criminal investigation of his lawyer-fixer and may well be one of people named in the coming indictments. The gathering of information is the precursor to criminal indictments, of course, but we also know that this corruption unit does its homework and is not sloppy. There is a good reason for the search warrant to identify Trump although we do not yet know that reason. Keep in mind, this is not the Mueller investigation we are talking about here. This is a separate criminal matter being brought by the corruption division of the US Attorney’s Office and FBI for the Southern District of New York, Manhattan. But it is a federal case. So could Trump use his pardon power? If he is a named co-conspirator along with Cohen, I do not believe he can pardon Cohen, even if he tries. I think there will be a court battle over that. And whenever there is a court battle, I think there is a chance for justice to prevail. However, Pence could pardon them both if it comes to that. So check but checkmate. Justice loses if that comes to pass.

Second thing: the recently chosen interim US Attorney that Trump selected for that job in the Southern District of New York, is a man who was a Trump donor and a law partner of Rudy Guiliani- Geoffrey Berman. I am sure that Trump thought he had picked the perfect loyalist who would protect him and shield him from any coming storm connected to his misdeeds. Good pick for you, Mr. President! Who could be better than a donor who works with one of your closest toadies? We know that that is Trump’s highest value- being protected. He has a lot he needs to be protected from. He is just like a typical mob boss with his henchmen and his fixers. Trump picked Geoffrey Berman to shield him. But guess what? Berman has recused himself from the Cohen case. Berman was advised by the DOJ to do that but maybe he himself as a law abiding attorney, realized, as Sessions did, that something about his relationship with Trump was too close in a case that is going to be coming at this president like a Mack truck. Berman recused himself, but he is not yet fully installed as the U S Attorney for the Southern District of NY. And who would like to take a bet on whether Trump is going to choose a different guy now instead of Berman in order to try to shield himself from this ticking time bomb investigation in Manhattan? Anyone taking that bet? I thought not.

Third thing: Devin Nunes, Trey Gowdy and Bob Goodlatte seem to be getting ready to “kill off” Rod Rosenstein. They are demanding that Rosenstein turn over the Comey memos to them in the House Intelligence Committee. Some of the memos have information that should be kept confidential. Last time the FBI and DOJ trusted the House Intelligence Committee with secrets remember what happened? Remember all that nutty stuff we got with Nunes memo and the Fisa warrant? Well here we go again. They are putting Rosenstein in a box by making this demand of him. If he refuses to grant their demands, they are going to claim he is resisting them without good cause. Looks like they are using this as a set-up or prelude to fire him and replace him with someone Trump can rely on to protect him and shield him and keep his secrets from us. Mob Boss. Will they succeed in killing off Rod and getting a toady in there? Anyone want to bet the replacement for Rosenstein is Scott Pruitt? Ok, now do you know why I couldn’t sleep last night?

Coming to a theater near all of us. Or hurling our way like a meteor. Brace yourself. We are stuck on this planet in this country with this corrupt president and his horrible horrible enablers.

I hate movies that end with the villain winning. So here’s a postscript. Even if Trump and all his bad guys succeed in carrying out their evil schemes, we still have Eric Schneiderman who will go after these same guys and there’s no pardon power for state crimes. That’s sweet. And I really think that if Trump and his mobster gang do pull these stunts, 60 % of Americans will cause the blue tsunami we need to get people in Congress who will finally stand up to Trump and hopefully get rid of our Manchurian president.

FBI sought ‘papers of the president’ in Michael Cohen searches
Rachel Maddow highlights a portion of the transcript of Monday’s Michael Cohen court hearing in which lawyers explain that a document that has not been released…
MSNBC.COM