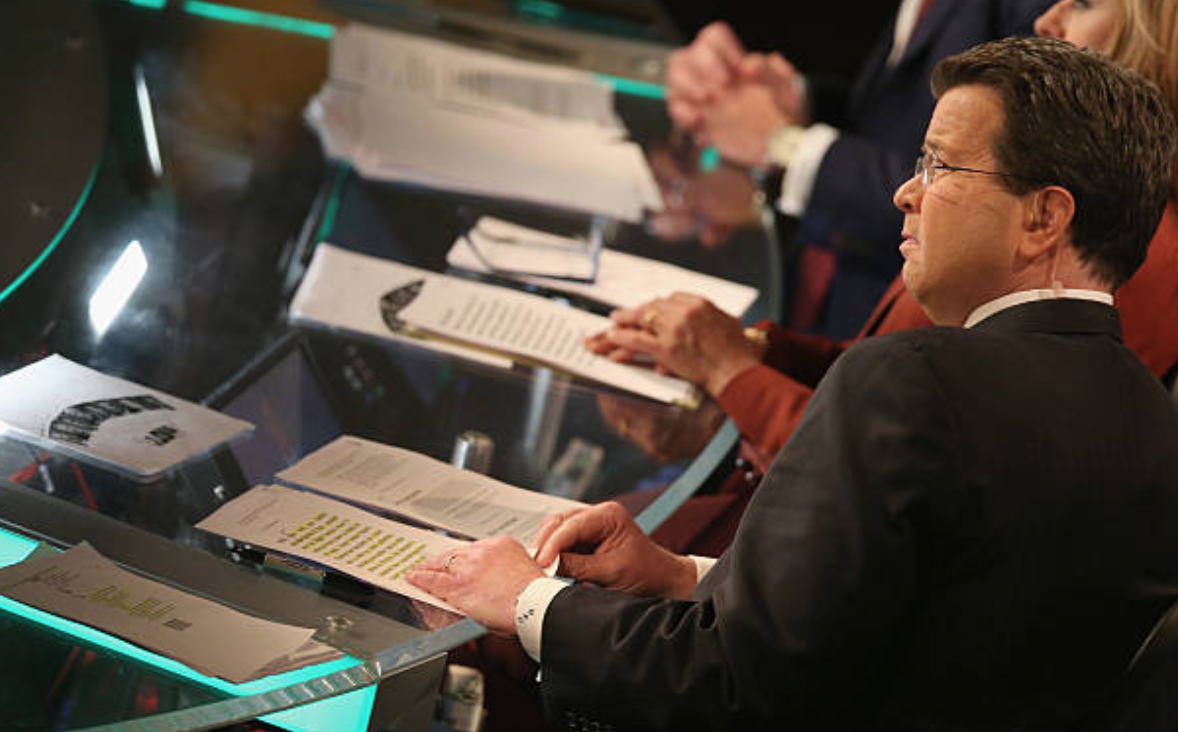 Fox News host Neil Cavuto goes off on Trump’s raging dumpster fire of lies. Finally!  Someone at Fox News has the guts to tell it like it is!
Ok, now I’m feeling a little hopeful. To my mind, there are three key things that could tip the balance against Trump. First, Fox News falls out of love with Trump and the Fox News watchers actually get the chance to learn the truth. Second, the economy goes south. Third, the evidence that was seized from Cohen’s office is such a bombshell that the Trump voters who have been holding their noses and supporting him because they love his policies (they got rich from his Tax Cuts for the wealthy), even those people who compose some of the 35% who still approve of him, learn this information and have to run to the bathroom and vomit- like the rest of us have been doing ever since the election.

Let’s start with Fox News as a possible precipitant of base change since the other two are sheer speculation right now. If Fox News ever leaves Trump’s side, Trump’s followers might get the real news for a change. That could set off a chain of events that would eventually do Trump in. Why? Because currently, Fox News viewers live in Trump’s alternate fact-free universe. If Americans ever shared the same basic, factual information, we could at least start to have a thoughtful conversation about what we want for our country and how we view this president and this administration. If Fox New ever told the truth about Trump it could be an absolute sea change for our country. Neil Cavuto might just be poised to do that along with Shep Smith and maybe even a few more guys over there who are having trouble looking themselves in the mirror these days.

if Trump voters ever learned the truth about him, Trump’s base would very likely shrink from the 35 to 40% approval rating it enjoys now to closer to about 20%, which is the estimated ever loyal evangelical/ NRA gun toting base that will never turn on him. Ever. He could shoot the Pope. Putin could put out a bunch of pee pee tapes. He could have ten or twenty more Stormy Daniels NDAs getting contested. The core base that is estimated to be about 20% of the American electorate, experiences Trump as their soul mate and cult leader. They will never turn against him. But at 20% approval Trump would finally be unable to govern by fear of tweet or by his version of SS troops: Twitter trolls and Russian bots that get unleashed on people who do not please the president. At 20% Trump’s administration would be one that even rabbit-like Republicans would be able to speak out against.

This could be a very very big turn of events.

Is the Trump-Fox News-Wall Street Journal Unholy Alliance Starting to Crack Under the President’s Lies?

Fox News host Neil Cavuto’s smoldering, end-of-his-rope soliloquy carries with it the scent of real danger for the president.