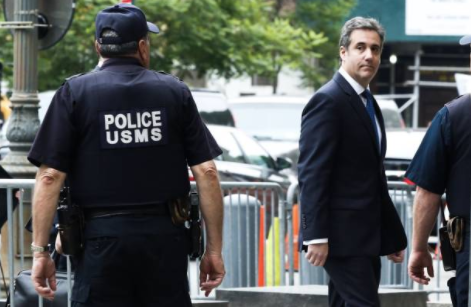 There is a lot of speculation about whether Michael Cohen, Trump’s former lawyer/fixer is going to come in from the cold and cooperate with the federal agents and prosecutors in the Southern District of NY.  The speculation has heated up because word on the street is that Cohen and his current lawyers are going to part ways over a fee dispute. There are many reasons why lawyers part ways with their clients.  But failing to get paid is one of the most compelling reasons why defense counsel ends the relationship.

Cohen’s current legal team is a group of attorneys from one of the largest law firms in NY.  That means that Cohen, or someone, must pay hourly rates in the range of $700 to $800 an hour or more for this group of attorneys to work on Cohen’s behalf.  There are currently 15 attorneys on the team who have been reviewing thousands of documents (including some that were in the shredder in Cohen’s office and had to be pieced back together) to determine whether attorney-client privilege attaches under the law.  If attorney-client privilege does attach, then those documents would never be shown to the federal agents and prosecutors putting together the case against Cohen in the SDNY.

A special master was appointed by the district court judge to oversee the process.  The special master’s job has been to make the determination about what does and does not qualify for attorney-client privilege.  She has already finished that massive task and her determination was that less than 1% of the documents are protected.  Over 99% of the documents collected from Cohen’s offices and home could come into evidence.  That is a big deal.  Documents, unlike people, tell a story that is usually very clear and convincing and is not subject to cross examination or subject to a failure of memory unlike people who are witnesses.

This Friday ends that period of review for all of these documents.

Who is going to pay for Cohen’s defense?  Cohen was part of the Trump Organization and he probably thought that that organization would pay for his defense.  But Trump has been distancing himself from Cohen just as he did with Manafort and Papadopoulos.  Anyone caught in the net of the feds suddenly turns out to be nothing more than a coffee boy.  Trump pretends he hardly even knew the guy.  And that is what is happening here. Cohen is feeling abandoned by Trump and the Trump Organization and Trump family because he IS being cut loose by all of them to twist in the wind.

Why would Trump abandon Cohen who has seen Trump like a father figure and has been Trump’s closest protector, loyal in every way?  We have seen over and over that with Trump loyalty only goes one way.  Trump is never loyal in return when it does not suit his needs.  Cohen is being thrown under the bus because Trump is pretending that Cohen is dirty but not him.  Trump has nothing to hide, we hear from Guiliani.  If the Trump Organization paid Cohen’s legal bills it would look bad for Trump- like he is protecting Cohen.

Cohen cannot pay these mounting legal bills himself.  And Cohen is also angry that Trump abandoned him.  He is about to be indicted and he knows it.  For these reasons he is going to want to have a talk with the federal team and his next lawyers will probably make what is called a proffer of evidence- they will tell the agents and prosecutors what Cohen could testify to when it comes to the bigger fish- namely, Trump himself, as well as others in Trump’s family.

Trump may think that the way he will get himself out of this mess will be to yell and tweet “witch hunt”, and “deep state” and then pardon Cohen along with others.  But the truth will come out.  Once the evidence is in the hands of the federal team, the truth will come out.  Evidence does not disappear just because someone gets a pardon.  Even if Trump’s cult of 40% of Americans who watch Fox News never learns the truth, that leaves some 60% of Americans who will hear the truth.  Who will stand by Trump when we find out whatever Cohen knows about the conman-in-chief?

Michael Avenatti was on MSNBC last night saying what I think so many of us are wishing- that the truth is coming and Trump will not make it through his first term. 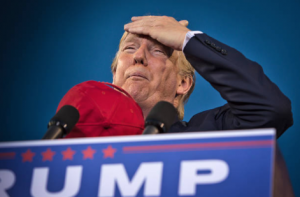 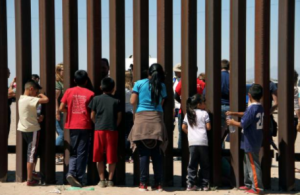