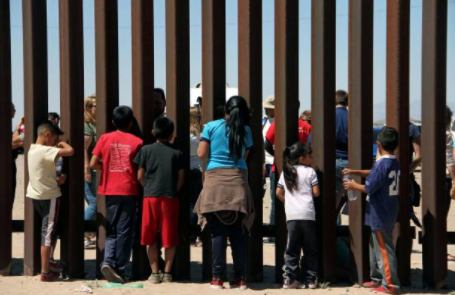 Trump’s border policy of separating children from their parents, and treating every border entry as a criminal offense instead of assuming that people have a valid need to flee their country of origin, is horrific.  It is a political strategy to do two things- 1) to get the border wall he wants and legislative bills he wants, and 2) to keep people from thinking about the fact that his campaign manager, Paul Manafort, is now in prison and his lawyer/fixer, Michael Cohen is probably going to “flip” and cooperate with the SDNY prosecutors.

Using children as a bargaining chip without any regard for the emotional damage that this is causing was predictable with this president. When mental health professionals identified Trump as a man with malignant narcissism and paranoia, it was not clear at first what that would translate into in terms of policy. Now we can see what happens when a malignant narcissist with paranoid personality disorder sets the policy. A narcissist does not have empathy. He does not FEEL the pain of other people. Trump does not feel the pain of a parent separated from his or her children. That simply does not compute for him. He has what I would call a “reptilian brain.” People say he is “transactional”. A better description would be he viciously, greedily and petulantly cares only about himself.

His paranoia is evident in his continued effort to get this truly misguided wall built despite the fact that most people would still enter the country illegally by other means like entering on a visa and then continuing to stay in the country, and there are far fewer people entering the country illegally. The wall is the physical embodiment of his defense to the fear of the “other”, the “alien” and the projected negativity onto others which he experiences coming back at him in return and therefore must ward off. This boomerang effect from his projected animosity is something he works to ward off magically every day. The wall feels like a solution to this need to ward off the “bad”. And there is a lot of “bad” coming for him in the form of numerous law suits, the Mueller investigation, the AG’s civil suit against his so called charitable trust which he illegally used as a piggy bank for himself, Stormy Daniels, and the emoluments lawsuits.

As mental health professionals we cannot sit by while Trump’s border policy rips children away from their mothers. This cannot happen in our country. We must take action.

As many of you already know, I am trying to coordinate our group, Coalition for Concerned Mental Health Professionals, with Dana Sinopoli’s initiative. Dana, as you may already know, wrote an excellent letter and petition to protest Trump’s abusive border policy. It has been signed by 4500 mental health professionals and some 90 organizations so far. I am reaching out to my political connections to see if we can get traction for another day on Capitol Hill, similar to what we did in December when Dr. Lee and Dr. Gilligan met with lawmakers about the dangerousness of Donald Trump. My hope is that we can get, ideally, a representative group of mental health professionals, ideally an Evangelical or other religious leader or leaders, and a representative from the UN to meet with lawmakers and afterwards have a press conference on Capitol Hill.

I do not know if I will be able to get traction for this initiative, but I do know that I cannot live with myself if I do not try. So I am working my contacts to try to get a response from Senator Dick Durbin, Senator Tammy Duckworth, and I am reaching out to Cheri Bustos and Bill Foster other Illinois Representatives because they should know who would want to be included in this visit and presser. At least that is the plan I am trying to make happen.

THE DAMAGE IS LIFE LONG

IT CANNOT BE MADE RIGHT BY GIVING KIDS A BED, FOOD, VIDEO GAMES, OR CARETAKERS.

THIS IS STATE SPONSORED CHILD ABUSE

Plain and simple. This is inhumane. Shame on them. We need to call out our lawmakers and insist that this stop immediately. Trump could stop it with ONE PHONE CALL. This policy is HIS policy and not legislated by Congress. He started it and he can stop it. We need to tell our elected officials we expect them to stand up to Trump. Trump needs to stop blaming the Democrats for HIS policy which he can put a stop to immediately. If you do nothing else today please do this- make this call, or send this email to your elected officials in your state. We need to make noise because this is a crisis.  Our lawmakers have to stand up to Trump.  We have the power to make them do it.

About this article
Trump cites as a negotiating tool his policy of separating immigrant children from their parents
Democrats and Trump’s evangelical base have both criticized the administration’s border policy.
WASHINGTONPOST.COM 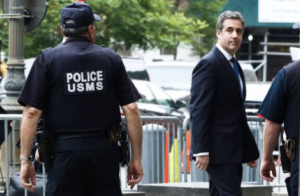 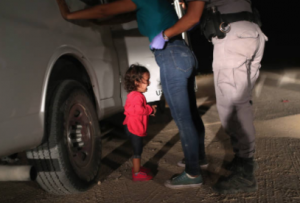