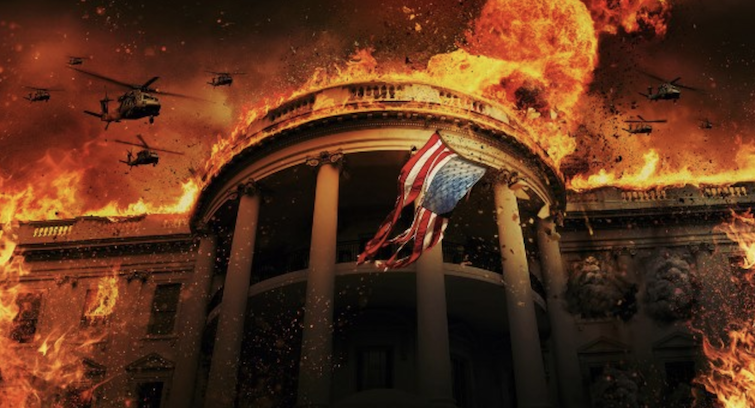 Let’s start with the concerns raised by this Russian spy.  Maria Butina is a Russian spy who came to the U.S. in August 2016, on an F-1 student visa.  She worked as a Special Assistant to Alexander Torshin, a high-level (Putin directed) Russian Official.  Torshin communicated with Butina while she was in the U.S., guiding and instructing her; telling her what to do and supplying her with the people to connect with.

What was her mission?

She was entrusted to develop relationships with American politicians, Republicans, to establish private “back-channel” lines of communication with the Kremlin.  She was acting as a Russian agent but she did not register with our government as required by law.

What was the goal?

The Russian Federation (Russia) is one of the leading threats to U.S. interests:

How was Maria Butina able to develop her mission?

She was sent to our country to infiltrate and create affinities in the political world in the U.S. by creating relationships between Republican politicians and Russians.  As part of that effort she ingratiated herself with the National Rifle Association (referred to as GUN RIGHTS ORGANIZATION in the affadavit).

Based on the affidavit sworn to by FBI Agent, Kevin Helson, Butina had a big mission to accomplish.  She could not have carried out her mission alone as a young woman on a student visa.  She got help.

She was instructed and coached to organize seemingly innocent “friendship and dialogue” dinners in D.C. and she was set up to participate in two National Prayer Breakfasts in D.C. as a way to get Russians and Republicans together.  That sounds quite harmless until you read the affidavit which quotes from Butina’s communications with her Russian handler, Torshin, as he guides and supports her in her efforts to infiltrate the targets.

There are also two prominent unnamed Republicans (POLITICAL PARTY 1) in the U.S. who work with Butina to advance her mission and help her meet the right people in the U.S.  In the affidavit they are referred to as U.S. Person I and U.S. Person 2.

What was Butina working so hard to set up?

Although the affidavit does not expressly say this, what I believe will come out is that the Russians who were trying to develop close, influential relationships with American political players, were Russian oligarchs who were instructed by Putin to funnel money into the NRA to be used for Republicans running for office.  (This has already been reported by Mother Jones’ David Corn.)

Everyone knows that it takes a lot of money to win elections to Congress and oligarchs have a lot of money.  But since foreigners are not allowed to contribute directly to American political campaigns, they had to find a workable pipeline or feeder for the funding.  Thanks to Citizen’s United, the NRA was the perfect pipeline. What better way to create relationships with gun toting Americans who were by and large Republican, and already had relationships and funding from the NRA? Republicans also went to prayer breakfasts, so Maria Butina went there too.  Republicans might have started out being anti-Russian ideologically, but money can influence people and if the purported purpose of the meetings is to have a better relationship with another country, well, what could be so wrong with that?

The Mueller investigation is helping us to learn about a number of Russian influence campaigns against our country and our democracy using 1) social media as a way to get us fighting with each other, 2) a cyberattack on the Democrats to help Trump win in 2016, and, apparently with this arrest I believe we start to learn about the tip of a third prong of this vast but relatively cheap Russian assault on our country, 3) large sums of money funneled to Republican politicians through the NRA to get them to be supportive of Russian goals probably including support of Trump.

There are additional quotes that reveal nefarious activities on the part of U.S. Person 1 who writes in an email:

“I’ve been involved in securing a VERY private line of communication between the Kremlin and key Republican leaders through, of all conduits, the NRA.”

We have seen that no matter what Trump does, no matter how he changes the traditional messaging of our country to diss our allies, declare them to be foes and be supportive of Putin and Russian goals instead, start trade wars with Canada and other allies, and demean our investigative agencies and the DOJ, Republicans have not pushed back very much at all.  There is still no protection for the Mueller probe despite Trump’s frequent comments about how it is a witch hunt and hurtful to good relations with Russia.  You just know Trump is itching to fire Rod Rosenstein and hollow out the investigation being done by Mueller.  Yet Congress sleeps on.

We get “crickets” instead of a fully functioning branch of government.  This is what Russia would want. of course, a supine Republican-led Congress that does not hinder Trump.

One of the interesting tidbits of information in the affidavit is that a Trump’s win in 2016 is predicted by the Russians.  On March 24, 2015 Butina emails U.S. Person 1 that:

“Republicans are likely to obtain control over the US government after the 2016 election,” (quotes are from Butina’s iphone or computer).

How could the Russians have confidence in a prediction about who was going to win in 2016?

This affidavit hints at a possible nexus between the Mueller probe and the activities of Butina.  It may also be pointing to the only reasonable explanation for Trump’s behavior as president.  He always seems to be doing Putin’s bidding.  Pundits have been turning themselves into pretzels trying to explain why Trump might be behaving this way.  The answer may be in plain sight.  Trump IS doing Putin’s bidding.  In the aftermath of the disastrous Helsinki Summit in which Trump said he believed Putin over his own intelligence agencies, Hillary Clinton tweeted out these words that lit Twitter afire:

Helsinki was the big reveal.  Trump really seems to be a Russian asset, elected with the help of the Russians and beholden to them. The Russians knew he would be elected because they knew the dirty tricks and cyberwarfare they were engaged in would very likely work to deliver them the big prize, namely,  Trump would become our next president.

On November 8 and 9, 2016, as the results on election night are coming in, Butina and Torshin are communicating via Twitter Direct Messaging about the victory.  “I’m going to sleep.  It’s 3 am here,” Butina writes, “I am ready for further orders.”

She was arrested on Monday, July 16, 2018 and now sits in a prison without bond, because she is a flight risk.  She is awaiting trial.

This is another coup for our counterintelligence agencies, but the story that is unfolding with this spy, the Helsinki debacle and the coming trials of Paul Manafort and other Trump allies is not a John Le Carre spy novel.  This is real.  This is our country’s democracy at stake here.  With a Congress that has yet to do anything effective to stop Trump and with Trump now very possibly revealed to be the Manchurian President we worried he might be, we are, today, right now, full stop engulfed in a five-alarm fire that could burn down our house.

On Wednesday, July 18th there will be evening vigils held across the country in many cities.  Check out your city.  This is a call to action.  We need to tell Congress to act and act NOW.  They should start by subpoenaing the American translator who was in the room with Trump and Putin in Helsinki to testify about what she heard.  www.confrontcorruption.org