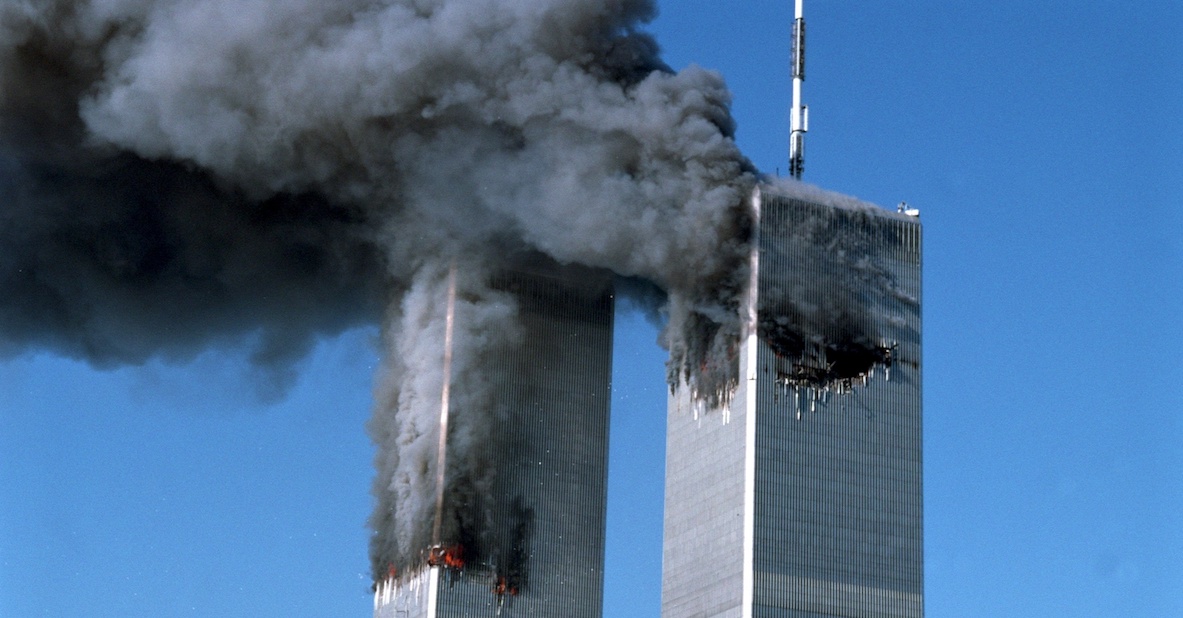 Seventeen years ago, on 9/11 when the planes flew into the World Trade Center, our country faced a crisis.  We also woke up.  We woke up to the idea that there were people who hated us–profoundly despised us and what we stood for.  They hated us so much they would create an elaborate plot to hijack planes and fly them into the World Trade Center, the Pentagon and the White House.  They hated us because of what we stood for.  Part of what they hated was our involvement in their countries and what they saw as a robbery of their natural resources for the benefit of our country.  Part of what they hated was what our country offered to the world, namely, a shining example of a progressive, tolerant, inventive, forward-thinking place where the future was bright for people who worked hard and contributed no matter your race or background.  Not to say that the image was always perfectly matched with reality.  It was not.  But it was an image that was deeply compelling and aspirational.

Bin Laden’s goal when he ran his attack on our country, was to destroy that image and to damage our country.  What happened instead was that we pulled together in the face of a common enemy.  The Bush Administration response to the attack was not what it should have been- going to war against Iraq and Afghanistan was not the right answer.  We can see that in the rear view mirror.  But the American people pulled together after 9/11.  There was a revival of American spirit in response to the attack on that fateful day.  American flags were flown everywhere and there was a sense of alliance and pride in our country.  We enlisted the help of our allies to fight back against the group that had attacked us.

On 9/11 buildings were destroyed and people died but Bin Laden’s goal failed.  We emerged stronger.

Donald Trump and his Republican enablers are accomplishing what Bin Laden could not.  They are dismantling our protections- our health care, damaging the environment, ripping up safety regulations.  They are making the country over as a haven for white supremacists and haters.  They are engaging in corruption and indulging themselves by passing laws that give more to the rich and make it harder and harder for Americans to get ahead in our country even if people work hard, go to school, and try to find good jobs.  Students are saddled with crippling debt and the jobs they can get are often gigs instead of offering real security.  They are keeping out the immigrants in harsh ways but also making it hard and overly difficult for inventors to come to our country and engage in innovation here which will make the difference in our future power and potential as a nation.  Our nation is no longer welcoming to people from foreign countries.

I could go on.  The ways that Trump and the Republicans are damaging our country are overwhelming.  They are destroying that shining city on the hill, a place of  hopeful ideals, that aspirational ethical America we have loved and believed in, fought and died for.

Kavanaugh is another nail in the coffin of our faith.  He has a record as a Republican political operative, not an unbiased judge.  Instead of being confirmed for the Supreme Court, he should be impeached for being part of a scheme along with Manny Miranda to steal documents from the Democrats and use them to get candidates onto the Supreme Court during the Bush administration.  The Supreme Court is now poised to overturn or hollow out Roe v Wade.  Not only will women be unable to have control over their reproductive choices, they may soon be subjected to prosecution for a miscarriage and be unable to obtain birth control.  I am not being hysterical about this likelihood.  This is what we are going to face if there is one more anti-choice judge on the highest court.

Trump never pivoted to represent all Americans nor is he capable of doing that.  He represents a small portion of the electorate that is getting ever more hard core and condensed.  The Republicans have been using Trump as their chance to get into the candy store and steal all the candy they want for themselves: dismantling government, ruining health care coverage, and getting a huge self-serving tax cut.  Trump and the Republicans are also divisive, engaging in culture wars and vicious treatment of immigrants.  Trump revels in getting us to hate each other.