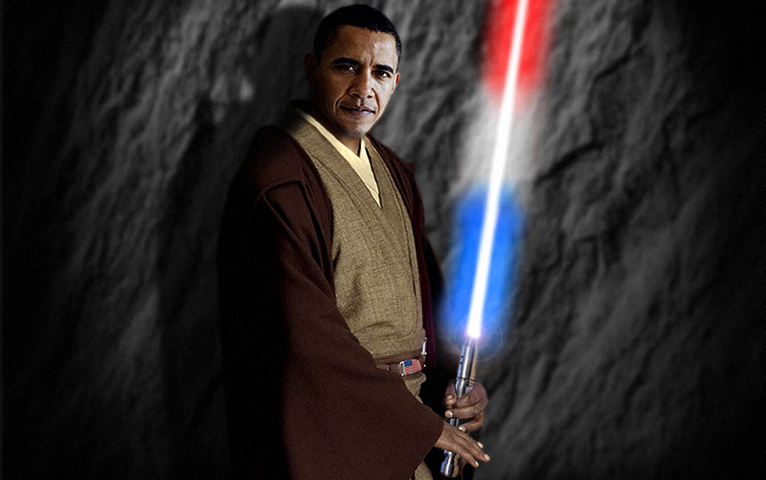 The scene opens in a galaxy not far far away enough for anyone who believes in truth, justice, integrity and the American Way forward for all Americans. Under the domination of Trump’s Evil Empire, the People have been struggling to keep up their spirits as Trump, the supreme evildoer, trashes one after another of their valued norms, cherished laws, principles and standards.

Trump, and his storm troopers of cult followers, compromised Republican lawmakers, and Russian Twitter bots, have been ravaging the country now for almost two years.  They have imposed harsh and draconian rules on the People trying to destroy their health care, imprisoning innocent asylum seekers including little children at the border; there is rampant corruption in the Capitol, the environment is being damaged and destroyed to the delight of the corporate donors who are getting everything they want from the Regime including a huge tax break that made them richer beyond their wildest dreams.

Tension is high in the Capitol, however, as the scene opens because forces of Justice are moving ever closer to indicting Trump’s inner circle and possibly Trump himself.  Trump claims he is above the law and will not obey Justice.  No one within the Regime has the courage to stand up to Trump and his Twitter account.

The mood is bleak and dark in the Capitol and across parts of the Nation in blue cities and in areas hard hit by tariffs, as Trump goes on triumphant hate rallies across the country stirring up divisiveness and fear as a way to keep his grip on Power.

Trump is under mounting pressure, however.   He has been outted as a nitwit and an incompetent booby by a secret Op-Ed writer who declared him or herself to be part of an active underground inside the administration.  This Op-Ed in the New York Times has convulsed Trump and further inflamed his deepening paranoia.  Trump is said to be raging with volcanic anger in the White House.  Now all the world is aware that the sleeper cells inside the White House have been quietly removing orders from his desk to keep him from signing them and taking other actions of insurrection to protect the country from Trump’s worst impulses.

The Resistance is rising up on three fronts: first, the Democrat resistance force fighting back in the Kavanaugh hearings, second, the return of master swordsman, Barack Obama, and there is a third teeny tiny flicker of resistance inside the Fox News Channel.

Democratic Senators in the Senate Judiciary Committee: Dick Durbin, Sheldon Whitehouse, Kamala Harris, Patrick Leahy, Cory Booker, Mazie Hirono, Amy Klobuchar and Dianne Feinstein have been standing up against the Republicans who are running a deceptive hearing by  keeping derogatory information about Kavanaugh hidden from the public.  The Republicans accomplished this by labeling certain documents made available to all members of the Senate Judiciary Committee, “committee confidential,” which meant they could not be shared with the public.  In the past, the typical reason for that confidential designation was a national security concern.  In this case, there was no national security need to hide the documents.  The reason those papers got that designation was that many of them showed Kavanaugh for who he truly is – a right wing political operative who is thoroughly corrupted by his slavish allegiance to Republicans.  There was credible evidence that Leahy and the other insurectionists presented and questioned Kavanaugh about that Kavanaugh had lied under oath more than once, including lying under oath in his last confirmation hearing before Congress about not obtaining stolen documents from a Republican by the name of Manny Miranda.

Cory Booker had a thrilling “Spartacus” moment.  He defied Chuck Grassley saying he would violate the rule against making the committee confidential material public because the information was in the public interest.  He was willing to risk being expelled from the Senate by violating this bogus confidentiality ploy.  Then he exposed the contents of a memo Kavanaugh had written about racial profiling. (Mazie Hirono also revealed confidential information in rebellious violation of Committee rules.)

The other Democratic senators immediately stepped up and positioned themselves in the line of fire as comrades in arms saying that if Booker were expelled, they would all insist on being expelled with him.  It was a good moment for those of us who watch boring confirmation hearings.  It was really good to see our Senators in action standing up.  Even if they fail to dislodge the two crucial Republican votes they need to defeat Kavanaugh (assuming all Dems hang tough), they have shown some guts and leadership.  If they lose this battle, and Kavanaugh gets on the Supreme Court instead of being impeached for lying under oath to Congress as he SHOULD be, it could ignite the Democratic base even more and underscore how important it is to get rid of ALL Republicans.

Kamala Harris also questioned Kavanaugh, forcing a statement that might someday come back to bite him.  Kavanaugh claimed he did not talk with anyone at the President’s law firm, Kasowitz, Benson, and Torres, about the Mueller investigation.  Harris locked him in on that statement.  I wonder what she had up her sleeve?  I was hoping for a Perry Mason moment with a witness on the stand shouting at Kavanaugh and pointing at him.  “Yes, that’s him! I overheard him having a conversation about Mueller with Kasowitz, Benson AND Torres!  He lied!”  I guess we will have to wait for the sequel.

And many rebellious protesters also deserve recognition for their efforts to keep attention on the fact that Kavanaugh is going to be the deciding vote against Roe v Wade and Affordable Care.  Over 200 protesters were arrested.  Every few minutes during the hearing a protester in the gallery would yell and scream about the travesty of allowing Kavanaugh on the Supreme Court and the Capitol police would haul them away kicking and screaming.  They were yelling for all of us.  It felt good.

Speaking of feel good moments, Barack is back and better than ever.  Obama gave a speech at the University of Illinois and he knocked it out of the park.  It was inspirational and passionate.  It was principled and called on Americans to stand up for our democracy and for our fellow Americans with disabilities or our fellow Americans who are immigrants.  By way of contrast to the drivel we get with Trump who seems cognitively impaired to the point of being unable to pronounce the word “anonymous”, Obama spoke with the power and conviction of a true patriot and a profoundly thoughtful, caring leader.   Funny and thoughtful, articulate and truly inspirational, Obama put the Republicans to shame.  He is planning to be out on the campaign trail for the next few weeks helping the next generation of Democrats win in the midterms.

Even while Obama was speaking about the need to support our constitution and democracy and stand up for our principles, Trump, at the very same moment in time, was busy tearing all of that down.  Trump was running around whining about the mole in the White House; looking for the snitch who told the truth to the NYT about how mentally impaired he is.  How dare he tell the truth?!  Or she.  Everyone should be forced to take lie detector tests, Trump bitched.  The Justice Department should ferret out the rat.  Trump was even more off his rocker than his normally unhinged self.  The contrast between Obama and Trump was so shocking it left everyone, even lifelong Republicans, yearning for 4 more years of Obama’s principled leadership instead of the monster in the Oval Office.

There is some evidence that Fox News might also have a sleeper cell.  A number of commentators have gone rogue.  They are slipping in truthful news over there along with the usual fare of gaslighting and disinformation.  Who is speaking the truth?  Shep Smith, Neil Cavuto, and now Chris Wallace who has countered the fact free universe of Foxic News by saying that the recusal of Jeff Sessions did not lead to the appointment of Special Counsel Mueller as Trump keeps insisting, contrary to the facts.  Trump’s firing of Comey led to that result.  Trump has only himself to blame.  That shockingly factually true information was heard on August 31, 2018 on Fox News, uttered by Chris Wallace.

Other News from the Resistance

George Papadopolous, the so-called coffee boy in the Trump campaign, whose drunken conversation with an Australian diplomat in which he said that he had heard the Russians had dirt on Hillary they wanted to get to Trump, which kicked off the Russiagate probe, THAT guy was sentenced to a short jail term.  It was not the amount of time the prosecutors had hoped for, but he IS going to jail.

A guy by the name of Patten entered a guilty plea.  Patten confessed to acting as a “strawman” to help a Russian oligarch to contribute to Trump’s inauguration, which is illegal.  (A foreigner is not allowed to donate to an inauguration.)  Patten’s plea moves the Mueller probe ever closer to the president.  This is the first time someone is admitting under oath that Russians in fact funneled money to Trump with the intention of gaining influence.  Patten was also close to Manafort and a Russian-American lobbyist who were both at the infamous Trump Tower meeting where they talked about the quid pro quo deal – lifting sanctions in exchange for dirt on Hillary.  Patten is cooperating with the Mueller probe as part of his plea deal.

Join the Resistance.  Knock on doors.  Send reminders to vote in the mail.  Make phone calls to support Democratic candidates.

May the Force be with you!