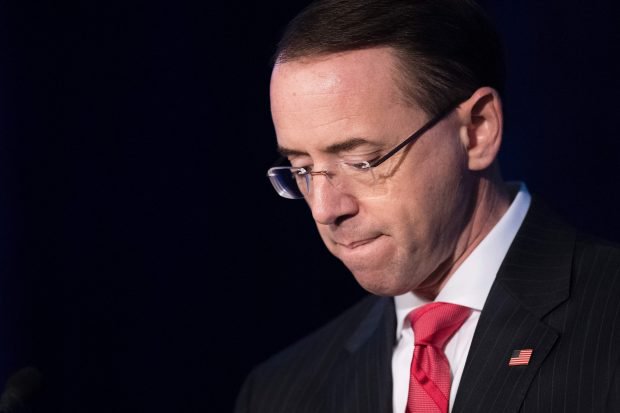 There are two ways to unseat a president in our country.  The first is impeachment, which we have all heard about.  The second, is the 25th Amendment, which many people are less familiar with.  The need for the 25th Amendment arose after the assassination of President Kennedy in 1963.  The thought was that after he was shot, he might live but be horribly impaired and perhaps live on but only in a vegetative state.  Who would run the country?  The need to have an answer to this problem created the determination to introduce the 25th Amendment in Congress.  It was ratified by ¾ of the states and was added to our Constitution.

What does the 25th Amendment say?

This wording creates a very high bar to overcome if you want to try to successfully invoke the 25th Amendment.  In the tribal culture we currently have in Washington, DC and around the country, it would be next to impossible to get that 2/3 vote in both chambers.  Trying to invoke the 25th Amendment is what you might call a fool’s errand.  It will not pass muster even if Trump actually gets psychotic, which might happen.

Pretend for a minute that Trump had a heart attack or stroke, (okay, I know that is your favorite fantasy), that situation might create a possibility for the invocation of the 25th Amendment, but the only way it would work would be if Trump were incapacitated.  Why?  Because Trump is not about to go quietly into the night.  He might not ever go into the night quietly or not.  He likes being president and he may not ever let go of the presidency.  Michael Moore, the filmmaker, has said that his big fear is that Trump will be this country’s last president.  He is referring to the idea that Trump will never ever leave office and will rig the system to stay on as president forever.

At the beginning of Trump’s term, many people were upset by Trump’s shocking behavior and his dictatorial stances on such things as the travel ban.  There was talk early on that Trump might need to be removed from office using the 25th Amendment.  Dr. Bandy Lee, the Yale trained forensic psychiatrist, who organized and edited the best-selling book, The Dangerous Case of Donald Trump: 27 Psychiatrists and Mental Health Experts Assess a President, went to Washington, DC to meet with lawmakers to discuss Trump and his danger to the country.  There was a great deal of discussion about the 25th Amendment at the time.

One of the lawmakers she met with was Jamie Raskin, who was eager to discuss the possibility of invoking the 25th Amendment.  Many other people were looking at the wording of that Amendment, and despite the potential that seemed to be tantalizingly there to remove a dangerous sitting president, most people concluded that the bar is simply too high given our current tribal politics.

Even if Trump posed a clear and present danger to the country which he seemed to be doing when he tweeted insults at Kim Jung Un, and abruptly fired James Comey, Republicans, it soon became clear, had no stomach to cross him in any way out of fear of his base,  his itchy twitter fingers, and their need to hang onto this horse come hell or high water so that they could accomplish what they wanted to do; namely the tax cut for the 1% and the strangulation of the Affordable Care Act, draconian measures against immigrants, and judgeships for the rabid right hand picked by the Federalist Society.

Over time, Trump has gained control over the Republican Party and made it the party of Trump.  Moderate Republicans like Jeff Flake and Bob Corker will be leaving Congress rather than knock their heads against a wall trying to fight against this flame throwing rightwing Republican Party under the control of Trump and his noxious Twitter feed.

After Trump summarily fired Comey, Rod Rosenstein stepped in at the DOJ to oversee the Mueller investigation.  Jeff Sessions had to recuse himself based on Department of Justice guidelines.

In those early days, apparently, there was talk of the 25th Amendment even in the offices at the DOJ.  That news just came out a few days ago in a New York Times article.  In this article it was reported that Rosenstein made some kind of comment about possibly wearing a wire when he went to meet with the president and secretly taping Trump in action doing the crazy stuff he does in the Oval Office allegedly as evidence that could be used to convince cabinet member to support invoking the 25th Amendment.  Rosenstein denies that he said that at all and others have claimed that if he said that it was sarcastic as in “What do you want me to do, Andy, wear a wire and tape the president?”

Let’s face it.  Our president is a grandiose, paranoid, malignant narcissist who cannot tell truths from lies when he wants to believe something is true because it makes him feel better.  He has told over 4,700 lies to date and he lies at a rate of 7.5 major lies per day.  No matter how he tries to hide his true self from the public, we know he is an out of control, raging nut case because of Woodward’s book, Omarosa’s book, Michael Wolff’s book and the recent anonymous Op-Ed in the New York Times written by someone inside the White House who is trying to remain secret so as to evade Trump’s wrath, but who describes him or herself as part of a so-called team of patriotic saviors trying to protect the country from Trump’s worst impulses.  (Spare me.  Why don’t you all resign instead and offer to testify in Congress about how unfit this president is.  Now THAT would be patriotic!)

If Rosenstein did talk about the 25th Amendment he was not the only one discussing it in the early weeks and months of the Trump administration.  Monday, however, it looked like Rosenstein was toast because he had this conversation long ago that exposed him as unloyal to his majesty.  There were rumors today that he was going to resign or be fired, and he rushed over to the White House with everyone on edge about the outcome of that meeting with John Kelly.  But he left with his job intact at least for now.

Sean Hannity, who probably has a dedicated bedroom at the White House by now, and constantly tells Trump what he should or shouldn’t do, warned Trump on Fox News (so we know Trump got the message) not to fire Rosenstein.  Hannity knows how to manipulate Trump.  He said Trump was being “set up” by the liberals.  He played on Trump’s paranoia to get him not to fire Rosenstein.  It would create a total firestorm if Rosenstein were fired. Even some Republicans also expressed concern about the chaos that would ensue.  Cooler heads may have prevailed for now.  But this is not over.

There is speculation that the whole episode was nothing more than a smoke bomb, a big distraction, from the really shocking breaking news that Kavanaugh has a second accuser and that Michael Avenatti seems to have yet another accuser in the wings who will be stepping forward in the near future to talk about what Kavanaugh did to her.  More accusers may be on the way.  Where there is smoke there is often fire.

This coming Thursday promises to be another big news day if you can stand another trip to  Crazytown with our wacko president.  Thursday is the Kavanaugh hearing AND Trump is going to meet with Rosenstein in the White House.  Get ready for another wild ride with Mr. Toad, I mean Trump. 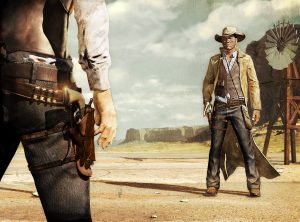 Previous post It’s High Noon in the Judiciary Committee – Why Does This Showdown Matter? 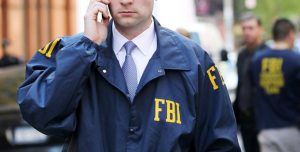 Next post Will This FBI Investigation of Kavanaugh Get Us the Truth?