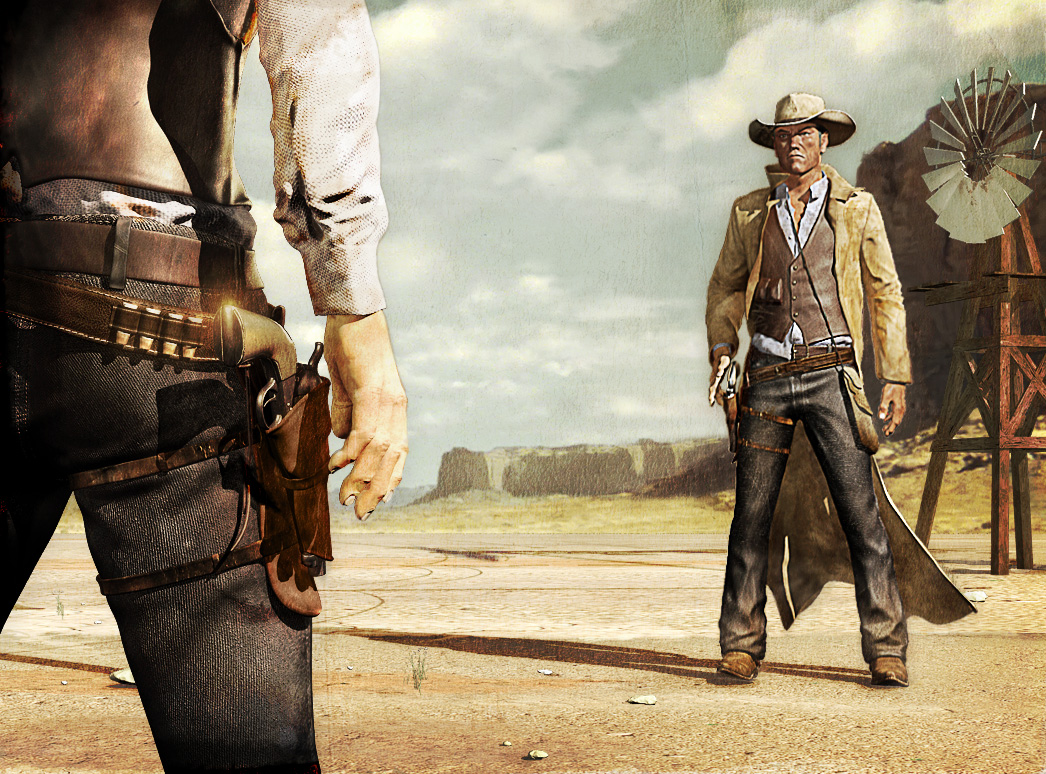 Dr. Christine Blasey Ford’s willingness to testify before Congress creates an exceptionally high threat level for the GOP and for Trump personally.

Because this is going to be the high noon moment for a number of sociological/political forces set to have a showdown.

First, there is the showdown between Trump/ Trumpism/ Evangelicals vs Women’s Movement/ Blue Wave/ Democrats.

Second, there is a potential Trump/Evangelicals rift looming that is adding more pressure on the GOP to get this travesty confirmation DONE.

Dr. Ford is expected to testify before Congress next week.  She is said to be an intelligent, soft spoken woman.  She has tried to stay out of the public eye, but forces beyond her control are driving her to testify in public about a sexual assault by Brett Kavanaugh when they were in high school.  Republicans had hoped that she would be too faint hearted to show up in person to testify especially after they put up some roadblocks.  She appears to be made of stronger stuff.  Dr. Ford is also ably represented by counsel.  Among other things, her attorneys have asked for an FBI investigation into her allegations.  That is the best way to see if there is corroboration for her story. What Ford is requesting is clearly the only right approach if you believe in due process, but the Republicans are in charge and they cannot risk it because on some level they must either know or fear that Kavanaugh did sexually assault her and that would come out or other victims might step forward.

If you had any doubt about whether Kavanaugh might be a man of good character and ethics who is being unfairly maligned, consider this- if he deserved to be on the Supreme Court HE would be calling for an FBI investigation and for due process for Christine Blasey Ford and HE would be speaking out against the death threats she is receiving.  He is not doing that.

While pretending to be willing to listen to her, Trump and the GOP have made totally false claims that the FBI cannot do an investigation like this.  Bullshit!  This kind of background check investigation is exactly what the FBI does every day of the week.  They did just such an investigation when the need arose with the Anita Hill/ Clarence Thomas hearing in 1991.  That investigation took the FBI 3 days to complete.  In this case, even three days is too long for the Republicans, because they are trying to race the clock to get Kavanaugh onto the bench before it is too late.

Why are Republicans racing the clock?

Because they know that Kavanaugh is not the great guy they say he is.

As time continues, there is more and more negative information is coming out about Kavanaugh’s background.  He was a big drinker in high school and his yearbook has some comments that would lead you to think he was into some bad acts.  Mark Judge, Kavanaugh’s buddy and schoolmate, who was also in the room when the assault on Christine Blasey Ford took place, wrote a book about the debauchery that took place in their high school years at Georgetown Prep and there is a reference to someone he calls O’Kavanaugh throwing up in someone’s car.  Hmm, who do you think that was?

All of this oozing negative information is like pus from a festering wound, adding to the concerns raised by Democrats in the Judiciary Committee about Kavanaugh’s probable lies under oath.  He claimed, incredibly, he did not know that documents given to him by Manny Miranda were stolen from the Democrats despite the heading on the documents clearly indicating that they were top secret Democratic documents. He claimed he did not know the law firm currently used by the president in his defense in the Mueller investigation, when Kavanaugh is in fact good friends of one of the name partners of that firm.

As this toxic sludge of negative information oozes out from under the rock Republicans tried to put over this man’s past, Kavanaugh looks worse and worse.  If Dr. Ford is a credible witness (and it is likely she will be if she testifies) and tells her story as America watches, she will be questioned by 11 old white men who don’t get it.  They represent the very reason the #MeToo movement was ignited.  (Even if these old white men hire a female attorney to conduct their inquiry, as they are thinking of doing, these guys will look weak and the effect of cross-examining Dr. Ford will not go well no matter what the gender of the cross examiner may be.) Dr. Ford will be supported by the Democrats in the Judiciary Committee including Kamala Harris and Mazie Hirono.  That will create sympathy for the Dems with women voters across the country unless they are part of the Trump cult of tribal voters.

At this point Kavanaugh’s approval is the lowest of any supreme court nominee in history with 40% opposing him (his approval has dropped 9 points over the past few days) and 31% favoring him.  When it comes to Independent women, 43% do not approve of him -and that’s even before Dr. Ford testifies.  Only 5% of Democratic women support him.  More important, he is losing market share with Independent women, and they are the key to the midterm election for the GOP.  His fate and that of the Republicans are interwoven despite the fact that judges are supposed to be neutral arbiters of the facts and law, not political operatives. These optics for the Republicans are nothing short of a nightmare scenario for them because they need white suburban women to vote for them in large numbers.

Speaking of nightmares, Dr. Ford, is being threatened and forced to move her family to safety because of that.  She is being buoyed by the #MeToo movement.  Women across the country, and men too, have been rising up to protest Kavanaugh.  Survivors of sexual assault are showing up in the halls of Congress and getting arrested for protesting against Kavanaugh.  There is a gofundme page that is raking in the funds to help Dr. Ford deal with the trauma and expense of moving her family to protect them.  There are numerous online protests going on including #IStandWithChristineBlaseyFord, #StandWith DrFord, #ChristineBlaseyFordWe StandWithYou, #PostponeTheVote, and an online group of women lawyers Women Lawyers On Guard Action Network who have written a forceful letter supporting Dr. Ford, not to mention a letter signed by thousands of Yale Law School graduates protesting Kavanaugh’s confirmation to the supreme court.

Dr. Ford has been thrust into the role of standard bearer of the #MeToo backlash against the good old white boys who get everything they want in life.  They get to go to the best schools, get to rise to positions of power and prestige, and get lots of money whether or not they deserve it.  Trump represents the ugliest of the ugly white male Americans and the unfairness and violative past that our country is trying to overcome.  Trump stands to lose if Dr. Ford’s testimony is credible.  His fate, Kavanaugh’s fate, the fate of the GOP are all on one side of the face off.  On the other side of this face off is the #MeToo movement, the Democrats, the Women’s March and Blue Wave and Dr. Christine Blasey Ford.

Evangelicals are adding fuel to the fire.  They banded together, voted for Trump, have put up with Trump, stood by him through thick and thin like shit on a shoe, because their payoff was going to be a Supreme Court judge who would overturn Roe v Wade.  They want Kavanaugh installed as their wrecking ball on the court, and they are sooo close.  As a result, they are threatening Trump and the GOP.  Evangelical leaders are telling Trump and the GOP to get the deal done and seat this guy or they won’t come out to vote in November.  So there!  Evangelicals represent 20% of Trump’s base.  Without them, he is toast.

What that is doing is forcing the hand of the GOP to keep persisting with this nomination rather than telling Kavanaugh to withdraw his nomination which would probably be the better strategic move for them.  Adding even more fuel to this fire is the issue of time and the coming Blue Wave.

Let’s say Kavanaugh did withdraw his nomination tomorrow or next week, would the Republicans be able to rush through another Roe killing nominee fast enough to beat the blue wave?  Not likely.  It takes about 60 days to get someone through the process.  Even if they chose someone who would overturn Roe who is already fully vetted by the FBI and has passed a background check, they would not be very likely to get the vote done in time.  Early voting is already beginning in four states with more to come soon.  The optics are still terrible for them- trying to push through a man who has been credibly accused of a sexual assault. Women are very angry about this issue. A number of compelling ads are running in states across the country that connect the dots between Trump, Roy Moore and Kavanaugh- these ads are devastating for the GOP when it comes to women voters.

Let’s say that Dr. Ford testifies and Kavanaugh gets onto the court.  This fight will not be over.  Judges can be impeached and if the Dems get to lead in the House there will be an investigation of Kavanaugh done that might unseat him if he does get onto the bench.  The stench from the confirmation from this man could be a rallying cry for Democrats and for women for years and years to come.

One final note here is that if the Democrats do get a majority in the House and Senate in November and Kavanaugh is not seated on the high court, there will be two years of an unfilled seat on the supreme court.  The Republicans will not get another shot at a Roe killing judge because the Dems are going to do to the Republicans what the Republicans did to them when they tried to get Merrick Garland seated on the Supreme Court.  They will stonewall and slow walk any Federalist Society nominee to defy the right wing’s attempt to thwart a woman’s right to choose.  The Dems are not bringing a butter knife to a machete fight in the back alley anymore.  It will be an eight-person Supreme Court until 2020.  That is, unless Trump would like to recommend Merrick Garland for a confirmation hearing.  Now that’s an idea!