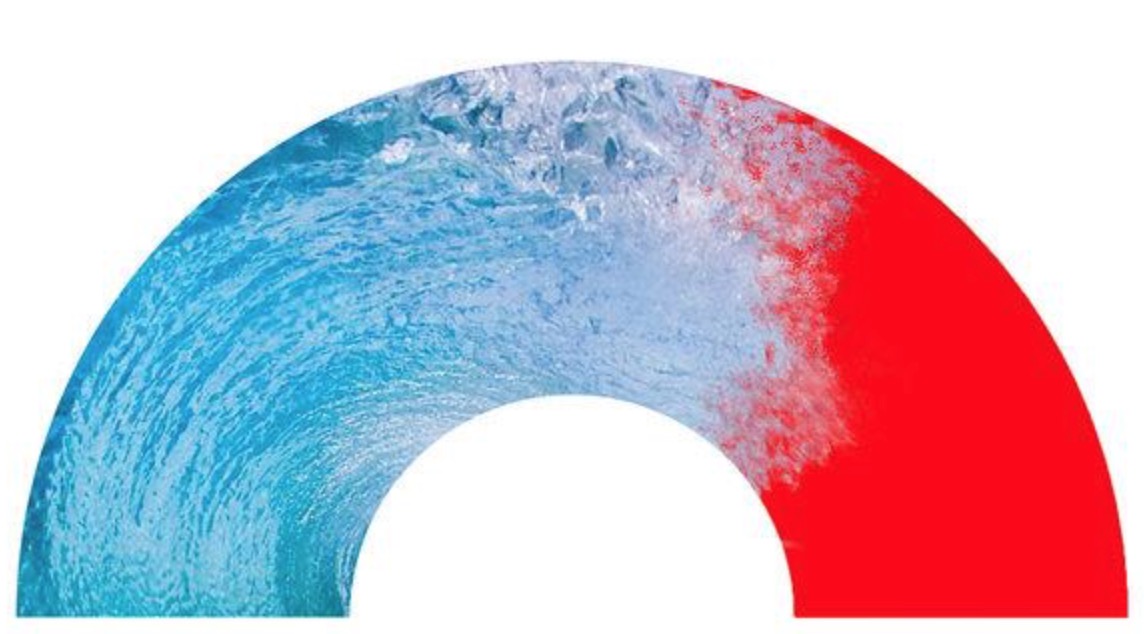 When the history books are written it will be said that in response to the clear and present danger of Donald Trump’s presidency, many women, scientists, and minorities dropped what they were doing in life and stepped up to run for the House to save our democracy.  And they did it! And WE did it!  We took back the House despite extensive Republican gerrymandering and voter suppression.   We wrote post cards, supported candidates and progressive groups that helped candidates, canvassed, marched and rallied and made phone calls to lawmakers and more.  We wrestled the House from the grip of Republicans who had ceded their constitutional power to Trump and had capitulated to his divisiveness, corruption and racism.  One thing is certain, had we not taken back the House, our country would have stepped into the abyss.  We were on the verge of becoming an illiberal democracy.

We just stepped back from the precipice.  We now have one of the levers of power, the House, and that means we have oversight, the power to investigate and also the power to prevent and call out some of the worst overreaches of this administration.

There are some other important take home lessons from the midterms as well.

Donald Trump was on the ballot and he was convincingly rebuffed.  The House count for Dem seats currently stands at 31 with the potential to grow higher as more tight races continue to count their absentee and other ballots.  The Florida governor and senate races are heading for a recount.  The Georgia governors race is too close to call.  And where the races have been tight, a number of Democrats have squeaked it out.  For example, Lucy Mc Bath, a flight attendant whose son was killed by senseless gun violence because he played music that annoyed someone with a gun, won in her first time bid for election over Karen Handel (remember Handel? she narrowly beat Jon Ossof) in Georgia’s 6th district.  The women who organized for Jon Ossof did not stop organizing and working for their next progressive candidate.  And she won.  Krysten Sinema may yet win over Martha Mc Sally in Arizona.  Mc Sally tightly hugged Trump in her bid to be elected and spent her time talking about the caravan instead of health care.

One of the lessons from the midterms is that the country is turning bluer in blue areas and the blue is spreading.  We are seeing a slide to the left of about 10 points across the country in suburban and urban areas.  Some people are also digging in the rural red Fox News watching areas of the country where uneducated men and women really believe everything Trump says, even that nonsense about a caravan full of scary disease-ridden people.  The red areas are following Trump down the rabbit hole of divisiveness, anger and nativism and are clinging to him ever more desperately.  However, the blue urban and suburban areas of the country are sending a clear message that they are the growing electorate and they are a force to be reckoned with.  The blue areas are becoming more liberal and the influence of progressive thinking is gaining significant ground.  Young voters showed up.  People of color showed up.  And educated suburban women really showed up in large numbers to turn the tide against Trump.  The House of Representatives is called the “People’s House” and it now reflects much more of the composition of the majority of the people in our country.

The GOP has lost many of its moderate voices.  People like Flake and Corker who could not compete with Trump mini-mes in the primary, have dropped away as red areas of the country embraced Trump and Trumpism, becoming more and more of a cult.  The fact that Mitt Romney won and will be a voice in Washington might help the GOP find a counter weight to the rabid right, but it remains to be seen how effective he will be since Mark Meadows and Jim Jordan will continue to lead their so-called Freedom Caucus group of entrenched right wing conspiracy styled bullies in the House and they might even grow more members.  That is not a good thing for the Republican Party.  It is more evidence that the GOP is going to get smaller as it gets more rabid.  This midterm, the GOP shed moderate Republican women and men in the suburbs across the nation who used to be the backbone of the party.  Not any more.

The GOP also lost some of its more detestable members of Congress in head to head combat with Democratic newcomers.  Dana Rohrbacher (who was in bed with the Russians), Ed Royce, Daryl Issa, Peter Roskam and Randy Hultgren were defeated.  About 40 Republicans also retired (gave up) this year leaving openings that were filled by Democrats especially in districts where the state had been won by Hillary Clinton.  These Republicans left their House seats because of Trump.   His incessant micromanaging, overbearing intrusiveness, bullying behavior and twitter assaults were not worth it.  They also left in part because groups of citizens like those in Indivisible pestered them over and over again when they came back home from the Capitol.  Some of these groups of constituents held town hall meetings and others showed up for protests demanding health care that included coverage for pre-existing conditions among other asks.  These groups of constituents baked cakes that had messages frosted on them urging retirement for their elected officials and they sang cheerful songs inviting their detested representatives to leave office.  Forty Republicans did just that.  Those grass root efforts were very effective.

The Democratic Party deserves some recognition and a pat on the back for getting organized about their messaging very early despite a lot of pundits who erroneously claimed they had no message.  In fact, the Dems got organized immediately after Trump was elected.  They decided the way to win the midterms was to emphasize that the Affordable Care Act, aka Obamacare, was a good thing not a bad thing.  They realized that most Americans had changed their minds about the ACA and instead of wanting to get rid of it, they wanted to keep it.  They also concentrated their efforts and funding on those districts that were in states that Hillary had won but where Republicans had an incumbent or had jumped ship leaving an open seat.

The Dems also realized that they could win back the House if each district found a candidate who authentically represented that district and knocked on many doors to have conversations with their constituents to understand their needs.  The Dems encouraged and supported a large number of first-time candidates to run including many women and minorities.  They offered free boot camps to teach them how to run effective campaigns.  Everyone stayed on message.

These efforts paid off.  We got a progressive blue wave.  It included new initiatives to legalize marijuana and voters in red states insisting on getting Medicaid expansion.

The result of this midterm is that we will have a record-breaking number of excellent, highly qualified House representatives, both women and men, who will be our elected lawmakers in the House.  I have met over a dozen of these newcomers and they are a terrific group of energetic, dedicated people who actually want to serve the public rather than special interests.  Most of them did not take PAC money.  They relied on small donations such as those they got using Act Blue, an online funding source that communicated with donors to update them about tight races in need of help.

It is true that one of the most inspirational candidates who became a cult heroes for progressives, namely Beto O’Rourke, did not win.  But that Senate race against Ted Cruz had no business being that close.  Those close races in formerly red red areas are a shot over the bow of the Republican Party.  Gillum, O’Rourke, Stacey Abrams and other inspirational people are the face of the future of the Democratic Party whether they win or not.

What we had this midterm was a blue wave that will grow over time.  There will be more to come as momentum builds because Trump will continue to be a totally despicable, lying, bullying, unhinged would-be dictator.  He’s fantastic for galvanizing progressive energy.  In addition, the Mueller report is coming and because we have the House and Adam Schiff will be in the leadership role, that report will not be buried and kept from the American people.  There are more indictments coming for Trump and his family members including a number of them out of the Southern District of NY.  All of this will take its toll on Trump who is sounding more and more like a babbling idiot.

I believe that the most important take home lesson is this: the Republican Party moved in with Donald Trump like the girl who started off dating a bad guy.  She was warned about him, but, despite his character flaws, she decided to marry him.  Now that she is stuck with him he demands that she give him all the adoration, approval and love he so desperately needs.  She does that because he insists on it, but in the process she is getting slowly poisoned.  She was sickened this midterms and as time goes on she is going to get weaker.

Trump is the kiss of death for the GOP.  There is no way that this party can survive if its only permanent members are low education white racists plus the 1% and donors who have gotten what they wanted from Trump and his Republican enablers.   As the GOP continues to shed its moderates, winnowing out the reasonable, sane people, educated women, young people, minorities and LGBTQ,  leaving the rabid right, evangelicals, and the rich guys gobbling at the pig trough, the GOP will eventually become too small to win the presidency or keep the House.  They will be left with cheating and dirty tricks to try to stay in power but unless they find a way to have a bigger tent, they will shrivel.

Trump is like one of those dementors in Harry Potter.  He forces you to kiss him, but if you do …you are overcome by him and eventually you just …die.