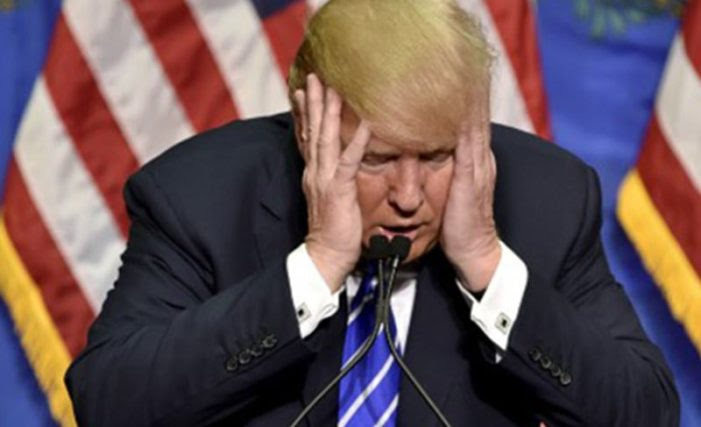 The midterms have put the Dems in charge of the House of Representatives and will usher in a new reality.  Perhaps more importantly this change will force a new reality on Trump.  And he knows it.

So far Trump’s response to this whole new world he brought on himself by being the worst president in the history of our country, is to be exceedingly crabby.  He verbally assaulted those long suffering reporters gathered around him at the presser before taking off for Paris.  Exhibit A- he called a black woman reporter’s question “stupid”.  The question she asked wasn’t stupid at all- it was the most important question Trump did not want to answer, namely, had he installed Matthew Whitaker as interim AG to knee cap the Mueller investigation?  Trump lashed out as he does whenever he is cornered.  The honest answer?  Of course.  That’s exactly what Trump did. But when has Trump been known to tell the truth?  I rest my case.

He was generally in a very combative mood throughout the entire shouted press conference.  Everyone had to shout, scream and yell over the sound of the propeller noise which seemed to reflect the intensity of the anger felt by everyone who had gathered for this impromptu press conference.  Trump repeatedly yelled that he did not know Matthew Whitaker.  It actually got laugh out loud funny to hear him go on and on lying about how he did not know that guy.  Of course he knows Whitaker.   He endorsed Whitaker on Fox News just a few weeks ago saying he not only knew the guy but vouched for him as a really great guy.

Does Trump think no one has footage of the earlier statements he makes on air?

Trump not only knows Matthew Whitaker, he gave him a job at DOJ based on his statements about the Mueller investigation.  Whitaker campaigned for his job at DOJ by engaging in blatant attempts to woo Trump in a CNN op-ed and with his comments as a Trump surrogate talking head on cable news in which he called the investigation a witch hunt and said it should be shut down as well as offering the way to shut it down. (It’s easy.  Just cut off the funding).

Now Trump is in Paris being grumpy with Macron.  Their love affair is over, apparently.  But Trump seems to have secret plans to rendezvous with his abiding lover and boss, Vladimir Putin, who is also in Paris for the commemoration of the end of World War I.  Russian media has announced they will meet.  When it comes to these affairs between Trump and Putin, our White House seems to live in a fog, but Russian media is happy to tell us the truth.

This grumpy, lying, combative guy who is our president- this guy is the guy that the Dems are supposed to work with to accomplish great things for the American people.  Trump’s goal will be to fight everything coming at him from Mueller to the SDNY and much more by blaming the Dems for absolutely everything.  They will be his foil now.  They will be his boogeyman.

How would you like to try to work with someone like this whose goal is to save himself and his family from impeachment or indictment, keep you from doing your constitutionally mandated job which is to investigate him if there is evidence of wrongdoing, and blame you for everything that goes badly for him?  To save himself Trump must find a way to please the vicious alt right, narrow minded evangelicals who still want right wing anti-Roe judges appointed, his funding sources and allies including the NRA and donors. I see he just decided to award the presidential medal of freedom to the wife of one of the more prominent GOP donors.  Anyone surprised by that?

As for the Dems, they just won a resounding victory based on some promises they made to the American people to improve health care, protect Medicaid, Medicare and Social Security, do an extensive infrastructure bill, lower the deficit somehow after that idiotic tax bill exploded it, and put a foot on Trump’s neck to keep him from engaging in stupid acts that damage our country.  That’s a pretty tall order.  How are they going to accomplish that with this belligerent president?

They probably won’t, but I think I know the way they will deal with that inevitability.  And Nancy Pelosi understands how to do it.

I think Nancy Pelosi is probably one of the most underestimated people in this country.  She has a good common sense and political smarts about what works and what does not.  I personally think she quietly masterminded the midterm strategy along with Tom Perez (and many other groups as well- I do not mean to downplay how important they were- 100s of them working hard to get the results we just got), and the result was outstanding.  She may be something of an unsung hero.

She has been very clear that when the Dems takeover control of the House they are not going to rush to impeach the president.  That is smart.  What will determine impeachment will be the report from Mueller and I predict it will not come from Mueller himself but will be a report written by the grand jury- a group of American citizens who have heard all the evidence.  As an Assistant US Attorney in Chicago in the 1980s I wrote one of those grand jury reports summarizing the evidence in an extensive vote fraud investigation.  That report will go to the House Intelligence Committee either directly or indirectly by calling Mueller in to testify before the committee if Whitaker tries to block the report or bury it.

Pelosi has said the people’s house will be transparent and we will get to know the truth and we will get to know what the Dems are working on on behalf of all Americans.  That is a wise stance to take.  Because that way, if the Senate prevents these measures from being enacted, measures the majority clearly want such as gun control, anti-corruption, environmental protection, exposure of Trump’s taxes to see if foreign powers have a hold over him and many other measures that are very popular, and if the Dems are prevented from doing the will of the people, the far more engaged and woke electorate that we have now in the era of Trump, will rise up and 2020 could be a real bloodbath for many more Republicans as well as the presidency.

So here is the short answer about whether Nancy Pelosi and the Dems are going to work with Trump.  I believe that they will try especially on infrastructure, which might be do-able since both sides want that, but because Trump is impossible, they will not succeed on much of anything.  When they cannot work with him, the Dems need to expose him and the Senate Republicans for what they truly are, namely, compromised.  They are out for themselves and their narrow base and donors, not the American people.  The Dems will put together the key legislation that the American people want and have told their newly elected leaders they want.  And then I hope the Dems will use PR far more effectively than Obama did to get out the word that they have this legislation that Americans asked for and that needs to be passed by the Senate and supported by Trump.  That will trap Trump and the Senate into either doing what they should do or, if they are obstructionistic, being exposed for defeating the will of the American people.

I think Pelosi will play that game well.

The issue of impeachment may not be as front and center as many Republican commentators expect.  That is not in the best interest of the Democratic Party.  It riles up Trump’s base and without the 2/3 vote in the Senate, it is going to be an exercise in futility.  The Dems know they were elected to do the work of the people which means a combination of legislation and investigation to uncover the truth about what this administration is hiding and bring it out into the light of day.

There are some outstanding Democratic legislators who will take charge of key House committees in January.  Adam Schiff will take over the House Intelligence Committee from Devin Nunes (thank the good lord).  Schiff will get us the truth about the Mueller investigation. Elijah Cummings will head the House Oversight Committee.  He is a thoroughly ethical man and will be an excellent leader.  Jerry Nadler will run the Judiciary Committee that will write articles of impeachment but only if there is evidence from Mueller to support that.  Maxine Waters is going to lead the Finance Committee and she has vowed to get Trump’s tax returns.  I believe she will do it.

Trump is not going to like this whole new world he will be living in starting this January.  It will be the first time in his life that someone’s gonna put this big baby in the corner.

Hold onto your hat.  We are coming into an even wilder and crazier time than we have been in.  You think Trump is crabby now?  Just wait.