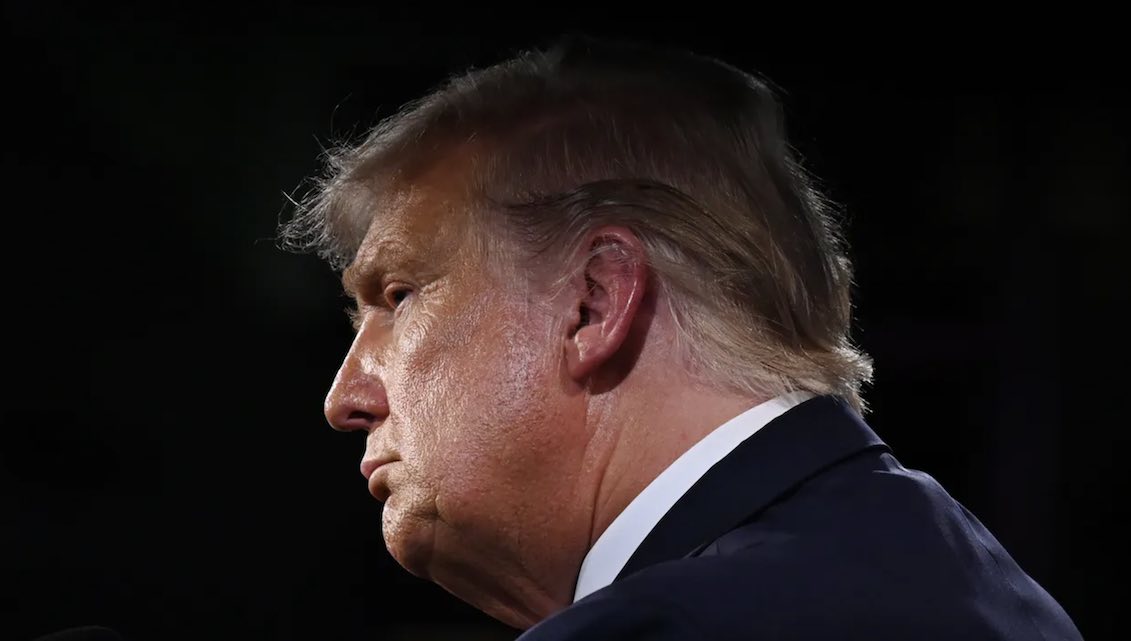 Why That Matters: Judges Appointed by Biden Reflect The Growing Diversity of Our Country

Still, Biden is playing catch-up after Trump and Senate Republican Leader Mitch McConnell hit the gas in the second half of Trump’s term and brought his total to 231 judges — mostly young conservatives poised to shape American law for generations, including three Supreme Court justices who voted to overturn Roe v. Wade.

Trump’s total tops any first-term president since Jimmy Carter. The most recent two-term presidents, Barack Obama and George W. Bush, each secured 325 Senate-confirmed judges for district courts, circuit courts and the Supreme Court over eight years. (The numbers drop slightly when judges who were confirmed to a lower court and then elevated by the same president are counted as one.)

Biden has chosen an unusually diverse slate, with high shares of Black, Latino and Asian American judges, and he has put a premium on nominees with a background as public defenders or civil rights lawyers, picking fewer prosecutors and corporate lawyers.

The pace for appointments by the Biden administration has been rapid and now that the midterms are over and the Senate is more firmly in the hands of the Democrats, Biden should have an even easier time of continuing to appoint a more diverse group of federal judges to the bench. This is important. As the country gains a more diverse population over time, we will be gaining a federal judiciary that is more in step with the majority viewpoint. What a change from the Trump administration which had been putting a lot of conservative white guys on the federal bench who were as young as possible so they would have an enduring legacy.

The Quiet Revolution in Our Suburbs

Deep in the bowels of the nation’s 2020 Census lurks a quiet milestone: For the first time in modern American history, most White people live in mixed-race neighborhoods.

This marks a tectonic shift from just a generation ago.

Back in 1990, 78 percent of White people lived in predominantly White neighborhoods, where at least 4 of every 5 people were also White. In the 2020 Census, that’s plunged to 44 percent.
Large pockets of segregation remain, but as America’s White population shrinks for the first time and Hispanic, Asian, Black and Native Americans fuel the nation’s growth, diverse neighborhoods have expanded from urban cores into suburbs that once were colored by a steady stream of White flight from inner cities.
Across the 9,700 neighborhoods that became mixed in 2020, White population dropped by almost 300,000. Meanwhile, the number of Hispanics jumped by 1.5 million, the largest part of a 4.3 million increase in non-Whites in those neighborhoods.

This demographic shift has scrambled the nation’s politics, introducing new groups of often left-leaning voters into typically conservative White-dominated enclaves, according to Chris Maggio, a sociologist at the University of Illinois at Chicago’s Department of Criminology, Law and Justice.

Maggio says the changes may be helping to stoke a backlash against immigration, especially among less-educated White voters, that has helped boost the political fortunes of former president Donald Trump.
More broadly, a new majority of all Americans, 56 percent, now live in mixed neighborhoods where neither White people nor non-Whites predominate — double the figure that lived in mixed neighborhoods in 1990, according to a Washington Post analysis of census data. By racial group, 56 percent of White Americans live in mixed neighborhoods, as do 55 percent of Hispanic Americans, 57 percent of Black people and 70 percent of Asian people.  (Washington Post Nov 2022)
Republicans Are Stuck in the Past Because of a Fearful Base

Republicans, led by Trump, Fox and a non-college, low information rural White base, are angrily trying to return our country to a time when women were forced to carry through with unplanned pregnancies, White guys had more power because of the color of their skin and so called Christian faith-based ideology had to be adhered to by everyone no matter what religious affiliation or non-affiliation they might subscribe to. Fear of diversity is powering the political fortunes of Republicans. Our country is at an inflection point when it comes to diversity. Our democracy is being challenged in large part because the current White majority has been subjected to a campaign designed to deep them fearful about our rapidly changing demographics so they will vote for Republicans.

Our Founding Fathers were not Christian nationalists. They believed generally in the kind of nonreligious fair-minded democracy Democrats believe in today even if they carried that ideology out imperfectly. Until our country can accept everyone in our country no matter what background or religion (or non religion) and treat all Americans equally, we will not achieve our potential as a democratic country. Democrats are on the right side of history.

The fact that our country’s suburbs are quietly becoming more diverse is a hopeful indicator of progress and portends the political winds of  the future. Fear mongering and scare tactics are being used by the GOP to win themselves power by winning elections with a base consisting of frightened uneducated White people and a bunch of savvy devious corporate donors and ultra rich families who want to stay rich. Many rural White voters are running scared but they don’t need to.

Some of them just don’t know any better because they still live in areas where there is little opportunity for interaction with people of other backgrounds and skin colors. They are also being shamefully manipulated by wealthy corporate interests so that the Republican party can gain and maintain power. There just aren’t enough rich corporate types to win elections without more of a base. So they have cobbled together a strange alliance of bedfellows that really don’t have the same goals at all. That’s one reason you hear about Republicans wanting to dismantle the social safety net. That might be good for the wealthy, but it sure ain’t good for those older low information, low education White guys. (The rest of the Republican base.)

Trump turned out to be the perfect choice in 2016 for the Republican Party of today, in part because he brought with him a huge group of potential voters and donors who saw him on The Apprentice and mistakenly believed he was a successful businessman. He openly voiced the Archie Bunker thinking that pervades today’s GOP. He was an entertainer and a big hit at rallies. But these days Trump is also the perfect foil for Joe Biden- pointing up Biden’s best qualities when you compare and contrast the two of them.  Biden would be delighted to run against Trump because poll after poll shows Biden beating Trump now that Americans have seen the presidential track records of both men.

And Trump continues to lose steam (Evangelicals are turning away from him at long last) because too much has come out about who he really is: not rich after all, not a smart businessman after all, a tax cheat, a con man, an anti-democratic authoritarian wannabee, not the least bit interested in helping the rubes who support him and buy his NFTs, misinformed about science, unwilling to listen to advisors because he thinks he knows it all already.

But even if Trump is not the nominee in 2024, the current Republican base will likely search for a leader as close to Trump as possible; someone who reflects their need for apartheid to feel safe. Ron DeSantis comes to mind. 2024 will be another dangerous election although the future beyond that could be better for democracy if we can weather this storm.

The Coming Generation is Far More Interracial and Accepting

“Not only are minorities growing faster than Whites in most parts of the country, but the younger segment of the population — those who make up most movers — are exceptionally diverse,” Frey said. “The 2020 Census shows that for the first time, minorities comprise more than half of the under-age-18 population — which suggests that most movers in future decades will be people of color.” (Washington Post Nov 2022)

Given the shift in demographics in the suburbs of our country, regression to the past will not work out well for Republicans over time as the older generation dies off and the next generation expands its influence. The Democratic Party clearly believes in accepting everyone of every denomination and stands up for fairness and equity. It will have a tremendous advantage over Republicans with the rising tide of voters in this country over time unless the GOP wakes up and starts to be more inclusive. Propaganda to maintain a fading status quo can only go so far. People have access to the Internet. They are able to overcome their silos of dis and misinformation if they chose to do so.

Gerrymandering, voter suppression and voter purges, using the border as a threat, using city crime as a dog whistle to engender fear of black and brown people and a way to win elections by today’s GOP are hitting a wall in the very suburban districts where Republicans used to dominate. Why? Because the composition of suburban enclaves is becoming more and more racially mixed; those voters go to the polls and they want progress, not regression.

Joe Biden is an Undervalued Leader

Joe Biden is the oldest president we have ever had in this country, but he is farsighted and he understands where this country needs to go. He is one of the most effective presidents we have ever had. The work he is doing to create a far more diverse federal bench will have far reaching consequences that will serve our country well once we get past this period of painful evolution from a majority White country to a majority mixed race country. IF Trump is the 2024 nominee of the GOP, Biden will win a second term because of what he has accomplished for our country.

We are in for a tumultuous two years and maybe more where we will still need to beat back the authoritarian Trumpian yearnings of the Republican base. But if you look to the future, a post-Trump America, with a rising diverse population, there is realistic cause for hope.