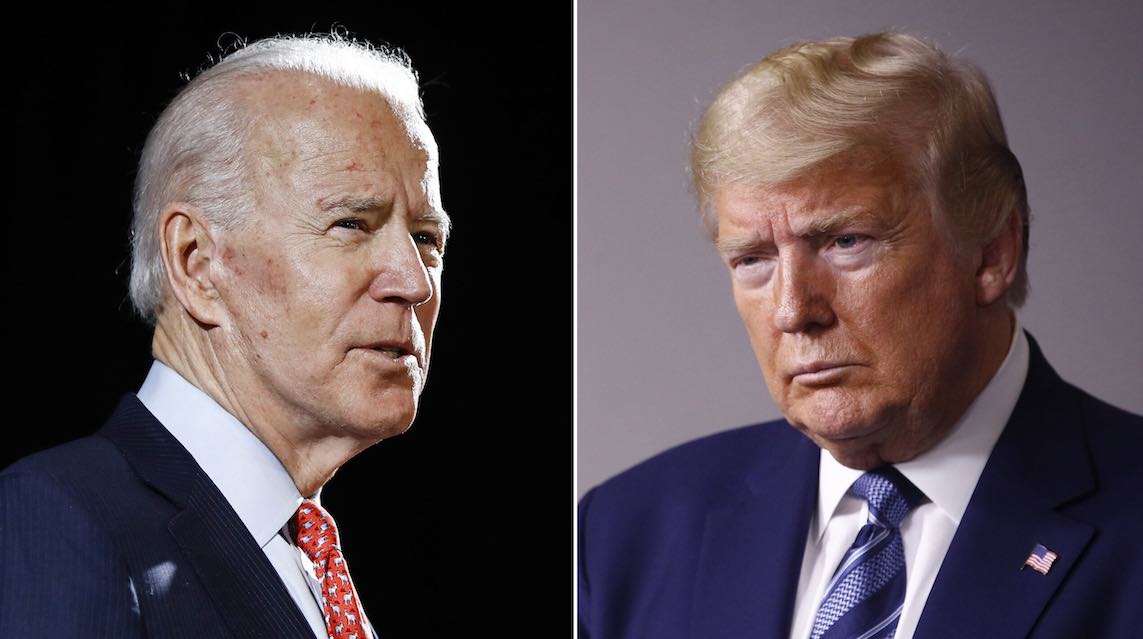 Joe Biden, like Donald Trump, had classified documents at his home and his private office at the Penn Biden think tank that were not sent to the National Archives after he left the Obama administration. Some of the documents were discovered before the most recent election but the information was not made public before the election, presumably to avoid impacting the election. In the minds of some Americans that’s the end of the story. Game over. Biden is just like Trump.

It was, no doubt, irresponsible for Biden to have these documents, sitting around in his house in the garage by his Corvette or at the think tank where he had an office. And Biden covered up the fact that they were discovered until now. Who is Biden to chastise Trump for having classified documents in his home? He who lives in a glass house shouldn’t throw stones.

It’s true that Biden seemingly just gave Republicans the biggest bestest Christmas gift ever! by having classified documents sitting around at his house and former office even if they were in a locked closet. The House Republicans now have something real to berate Biden with instead of the nonsense they had before about the Biden crime family and whatnot based in their conspiracy laden fever dreams. Biden has given the right wing a valid talking point. This is the Republican’s wish come true. This will be Biden’s but-her-emails! talking point.

The Dog that Caught the Car?

However, as with so much in the political world, be careful what you wish for. It can come back and bite you, as Republicans are slowly (way too slowly) coming to realize when it comes to the issue of abortion. Forced births, it turns out, are just not popular with Americans. Who knew?! And comparisons of Biden to Trump’s Docu-gate are going to hurt Trump more than the Republicans think.

Both matters have been referred to special counsels to investigate. Jack Smith is investigating Trump’s Mar-a-Lago documents case. Robert Hur, a Trump appointed US Attorney, is investigating the Biden matter. Merrick Garland had to appoint special counsel for Biden to avoid the appearance of favoritism or impropriety. That was the right thing to do. Both special counsels have the power to bring criminal charges. And that is also part of the reason that Republicans are going to be sorry they caught this car.

Republicans had been trying to minimize Trump’s Mar-a-Lago fiasco. They were downplaying how bad it was for Trump to have these documents at his home by claiming that lots of people do this. Happens all the time. It’s no big deal. Documents are over classified as top secret anyhow.

As House Republicans launch an investigation of Biden for his travesty, their efforts to damage Biden will keep the documents issue front and center in the news. When the press pushes for answers from Biden and his team, or interviews a House Republican on the topic, the contrast between the two matters will damage Trump far more.

The contrast is bad news for Trump. Just for starters, that Biden had these documents at his home and office supports the point Republicans were trying to make in support of Trump, namely, that this happens all the time and probably too many documents are labeled confidential. But the similarity ends there. The contrast in the way the matters were handled by Trump and Biden are what will further damage Trump as the harsh spotlight of reality exposes those differences over and over again.

Trump-over 13,000. 100 were marked classified or highest level of classification.

Biden- unclear but in the neighborhood of a dozen with one marked highest level of classification.

Response Once the Documents were Found: (Obstruction v Compliance)

the National Archives tried for more than a year after Trump left office to retrieve all of the records he retained, without success. When Trump finally returned 15 boxes of documents in January 2022, Archives officials discovered they contained classified materials.

The matter was referred to the Justice Department, which issued a grand jury subpoena last May seeking the return of all classified records. Investigators then visited Trump’s home, where his attorneys handed over more material and asserted there were no more documents on the premises.

That turned out to be false. Additional evidence collected by the FBI, including surveillance footage from the Mar-a-Lago estate, prompted agents to seek court approval to execute a search warrant on Aug. 8 amid concerns over possible obstruction.

the president’s attorneys informed the Archives and the Justice Department in November that they had discovered fewer than a dozen classified files inside a closet at the Penn Biden Center think tank in Washington D.C. earlier that month.

After the discovery, the attorneys continued to conduct additional searches at Biden’s homes in Wilmington and Rehoboth Beach, Delaware, where more documents were found in both December and this month. All were turned over to the authorities.

How this Matter is Usually Handled:

Predictable Outcome of these Investigations:

Some people (John Bolton for example) are saying that as a result of Biden’s retention of documents the investigation of Trump’s Mar-a-Lago matter is dead in the water. But I am not so sure about that. I think Jack Smith may decide to pursue an obstruction case against Trump because the evidence is ample and clear and it would send an important message that the government should not be obstructed in its pursuit of what is rightfully theirs especially after giving ample notice and then getting shat on by the former guy.

Biden’s failure to return documents will probably result in a rap on the knuckles because of the way it was handled after the documents were discovered. Duh. There was no obstruction. It wasn’t done intentionally and Biden’s lawyers contacted the National Archives as soon as possible, following protocol in terms of handling them. And as Mueller underscored in the investigation of Trump, a sitting president won’t be indicted. Biden has Trump to thank for that bit of clarification.

But there is something important that would make the difference in whether Trump is indicted by Jack Smith. If Trump sold or profited or benefited in some way from using our national secrets and if any confidential informants were killed or compromised by Trump’s actions as a result of  the documents Trump hoarded, Jack Smith would have to indict Trump.

I would imagine that DOJ, FBI and CIA are looking into this possibility as we speak. I believe Trump kept these documents for personal benefit. Maybe he wanted to hide evidence about himself because it implicates him in criminal activity. Maybe he wanted to or already did sell our secrets to our enemies. Maybe even now he playing let’s make a deal with the federal government – if they want to get their documents back they need to give him a pass on being indicted for any wrongdoing – using our secrets to hold DOJ hostage to his wishes.  Why do I think that? Because that’s how this con man rolls. It would be consistent with his prior behavior.

Will Docu-gate prevent either Trump or Biden from running for office again? I think it is too soon to say. But my bet is that the donors will decide that issue and if Trump is sidelined then Biden might decide he need not run. That might be the best outcome for our country. New faces and new ideas could be a good thing for our country.

How Biden Will Use the Next Two Years

Most Americans are concerned about their own lives. They live outside the Washington beltway and think the insider pettiness of DC is a problem and one of the reasons our government is dysfunctional. As the House investigates this issue of Biden’s documents ad nauseum it will remind voters again and again that Trump was and still is way worse. Instead of burying the issue for Trump, House Republicans are about to insure that this issue will stay front and center in the news.

Biden isn’t talking about Docu-gate. He is going about the business of traveling around the country touting the legislation that he helped to get passed during his first two years in office. His administration barely had a working majority but was able to pass huge pieces of legislation that directly help Americans in the real world, not some alternate universe of petty grievances. That direct impactful help for Americans will be more directly experienced by Americans in the next two years. Biden will be highlighting how his close to miraculous landmark bipartisan legislation is helping to build bridges and fix infrastructure including expanding internet access in rural areas, address gun safety and climate change and more. This legislation has also helped less fortunate Americans have a path forward in life. With the price of gas easing and inflation numbers supporting the likelihood of a “soft landing”, Biden has two years in which to do a victory lap around America. He has a lot to grandstand about.

[I]nflation rates… have declined for six months relative to the year prior. He can also boast about unemployment, which has fallen to a 53-year low.

Biden has spent much of his time over the past few weeks highlighting economic progress, demonstrating the benefits of his infrastructure program and touting new tech investment. He has also rolled out an enforcement plan for the border and vowed to regulate Big Tech companies to protect Americans’ privacy, prevent practices harmful to children, go after anti-competitive practices and demand greater transparency. These are all things Republicans say they are concerned about. (Jennifer Rubin, Washington Post.)

His approval ratings reflect a growing understanding in America that Biden did a good job after all in his first two years.

According to a new Investor’s Business Daily (IBD) survey, conducted by pollster TIPP, Biden’s approval rating has risen to 49.1 percent, only marginally lower than his disapproval rating of 50.9 percent, once undecided voters are excluded.

This gives Biden a net approval rating of minus two, up from minus nine in December 2022 when the monthly survey was last conducted.

Whether or not docu-gate ends Biden’s run for president in 2024 his legacy will be a great one. Biden will be remembered as one of the most consequential and effective leaders in our country’s history at a time of crisis and division not seen since the Civil War era.