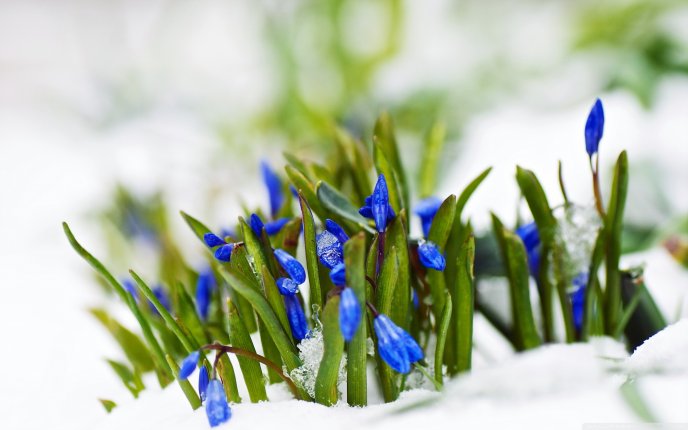 Good news! (See the link below.) When Burger King trolls the president you know who is not doing well with the public. Trump and the GOP are being held responsible for the shut down (54% up to 59% depending on the poll). Trump disapproval (59%), Strongly disapprove (50%). Not fit for office (53%) Most people think the Dems will  do a better job of securing the border. 57% of registered voters now say they would definitely vote against Trump for president.   With under 10% of Democrats saying Trump is fit to be president at this point, Dems in Michigan, Pennsylvania, and Wisconsin who voted for Obama, then took a gamble on Trump in 2016 to give him his path to victory, would not be giving him that same path to victory now.  Not with these numbers.  After Trump’s Oval Office speech in prime time on all networks, only 2% of Americans changed their thinking about the border wall.

But even more good news is that Nancy Pelosi and  Alexandra Ocasio-Cortez are totally trolling Trump and Mitch McConnell.  Pelosi, who refers to Trump behind closed doors as “the whiner in chief”, has announced that Trump is not invited to Congress give his State of the Union address because of the shut down.  The state of the union is that it is shut down!  And Pelosi is saying the workers who need to insure security and safety are not available to create a secure situation for the entire government to get together in one place in Congress.  Pelosi has the power to invite or not invite the president to speak in Congress.  She suggests that he speak in the Oval Office or maybe send a written version of his address instead.  I LOVE THIS !! She removed Trump’s big chance to have a captive audience and talk about his idiotic wall some more.  Trump is going to have a fit.  That. Is. Brilliant.

As for AOC, she is a social media genius.  She has 2.42 million followers and is teaching other Dems how to engage on social media.  She is trolling Mitch McConnell with this hashtag: #wheresmitch?  She and some other freshmen lawmakers (including Lauren Underwood from Illinois) wrote a letter to McConnell since he is the guy gumming up the works when it comes to this shut down, and then they went in search of Mitch to deliver the letter to him in person.   800,000 government workers are going without their pay, so where is Mitch?  The letter asks that Mitch call for a vote in the Senate to re-open the government.  If he called for that vote, Republicans would have a hard time explaining why they did not vote as they had before and Congress would be able to challenge Trump to veto re-opening government.   AOC and this junior group of new representatives put their quest for Mitch Mc Connell on social media.  They went to the Senate chamber, to the Russell Office building, the Senate cloakroom, took the underground train to search for his secret hideaway – all on social media.  Hilarious.  And brilliant.  Also effective because it creates more pressure on the GOP and Trump.  You go, girl!

Eleven Republicans found their spine and voted with the Dems in the Senate led by Chuck Schumer to keep sanctions on 2 or 3 very large Russian companies owned by Oleg Deripaska. (Remember him? the Russian oligarch who was in bed with Manafort.)  Secretary of the Treasury, Mnuchin, decided to remove those sanctions when he thought Americans weren’t looking.  For a brief and shining moment it looked like Schumer might get enough GOP Senators to stop Mnuchin’s evil ploy.  Unfortunately, in the end there were not enough Republicans to get to 60.  Schumer had all the Dems and eleven Republicans which was 57.  Sanctions will be lifted on Deripaska’s companies after all.  Maybe this could be the start of something better, however.  Eleven is a start.  Better yet, maybe this is evidence that the Republicans need to be booted out of the Senate in 2020!

More good news- Steve King, horrible disgusting racist Republican from Iowa was censured in the House of Representatives by the Dems.  Kevin McCarthy (R), who has control over the Republican appointments in the House, removed King from ALL of his committee appointments.   Steve King will spend his time on Capitol Hill twiddling his thumbs for the duration of his tenure in the House.  His hometown newspapers have asked him to resign since he cannot effectively represent his constituents anymore.  Sweet.

On another front, Bill Barr might possibly turn out to be a nightmare for Trump.  At least we can hope.  If you believe him, he seems to care deeply about the rule of law, Rod Rosenstein trusts him (and Rosenstein is someone I trust a lot to insist on an unimpeded investigation and departmental independence from Trump), Mueller is a good friend of his, and he seems convincing that he will not be cowed by Trump.  I know, I know he wrote that unsolicited memo and circulated it as his audition for the AG job.  But who knows.  We will have to see what happens because it looks like he will be our next AG.  I hope he will be on the right side of history.  He sounded like he might decide not to release the full report from Mueller, but give us HIS version instead.  If Barr tries to hide the full report from the American people it will not work.  The House Dems will sue to get the report, throwing the decision to the courts and ultimately the Supreme Court.  I hope Justice Roberts and enough other justices will care enough about preserving the public’s faith in the judiciary to get the truth to the American people.

Want another piece of good news? Devin Nunes is being called in to have a conversation with Mueller because of his involvement in Trump’s corrupt inaugural activities where tons of money flowed into Trump coffers from foreigners trying to buy influence with him.  Drain the swamp!  And please flush Mitch McConnell and Lindsey Graham down the drain along with Nunes so we can get rid of more of these guys gumming up the works.  We need to get ourselves a Congress that works for the American people instead of being a wholly owned subsidiary of Trump who is a wholly owned subsidiary of Putin and Ann Coulter.