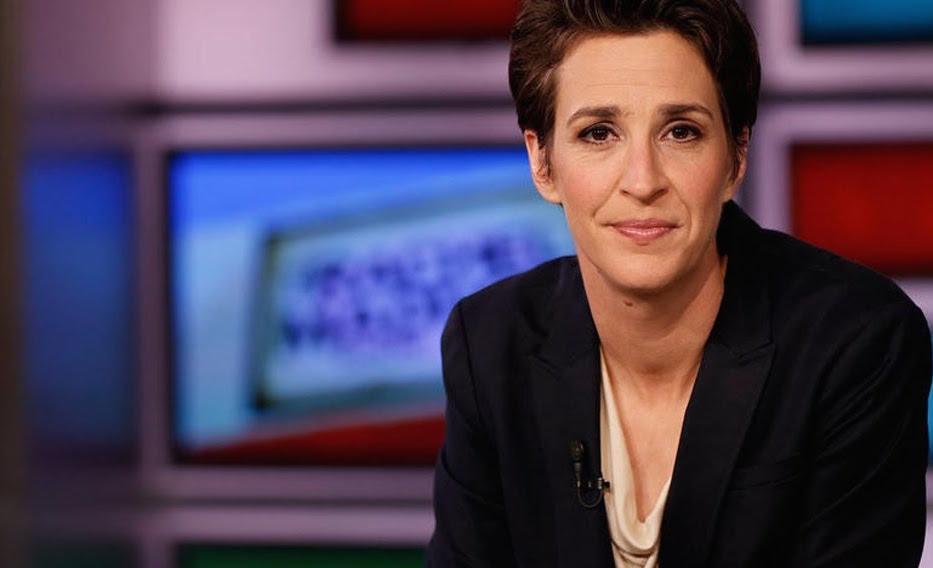 The Rachel Maddow Show is beating Sean Hannity’s show as the first-place non-sports show across all of cable TV in prime-time.  This trend began at the time of the midterm elections and has been gaining steam ever since.  Her audience is large and loyal currently clocking in at 3.29 million viewers (January Nielsen ratings).  Her format is dense, detailed, and focused on the Russia investigation night after night like a bloodhound on the trail of an escaped inmate.  She does well-informed, masterful interviews with key people who provide fact-based information to her viewers.  Her presentation is not focused on Trump’s latest Tweets, in fact she makes a point of not mentioning them.   She proves that the news does not have to be glitzy to get loyal viewers. She even wears the same black on black outfit every single night.  What she does extraordinarily well every night is a deep dive into the facts while knitting it all together in a compelling, clarifying narrative that helps people make sense of what is going on in our country, especially with the Mueller investigation.

The fact that Rachel Maddow is beating out Hannity (his total ratings went down 19%) is sweet, because it indicates that Americans are turning to real news and seeking the truth. But there is more to be hopeful about.  Maddow’s show dominated in the highly sought after younger 25 to 54 demographic, while Fox News viewership declined with that same demographic by 10%.  This is the future electorate voting with their channel changers.

MSNBC is also doing well with other news offerings across the board: viewership is up for Lawrence O’Donnell, the 11th Hour with Brian Williams, Morning Joe rose 14% while Fox and Friends sank 10%, and Nicole Wallace Deadline White House, is number one in total viewers beating out Neil Cavuto on Fox in that time slot.  Other news programs on MSNBC are doing well too.

In addition, Tucker Carlson and Laura Ingraham are paying the price for being racist (Carlson’s support of white nationalism) and for attacking the Parkland kids (Ingraham).  Their shows are losing viewers and advertisers.

Media Matters also pressures the Fox executives who, in turn, lean on the Fox commentators not to go all out Trumpian.  Part of that pressure on Fox comes from the advertisers themselves.  Media Matters connects with them and explains how damaging it is for their  businesses to have their products advertised on right-wing, sexist, and racist programs.  The pressure also comes from people like us who buy the products of advertisers as well as the staffs of these companies that are becoming more and more diverse.  This becomes a bottom-line issue for advertisers, forcing Fox News to offer more factually accurate, less right-wing commentary.

We have seen a notable shift in the coverage recently.  Fox News commentators like Shepard Smith have been debunking Sean Hannity point by point in the past months.  Judge Napolitano has been interpreting the law accurately without shading it to favor Trump and he has criticized legal surrogates for Trump when they misrepresent what is happening with the Mueller probe.  Chris Wallace has been telling the truth on Fox.  And some of the Fox News hosts have been slinging insults at each other, which hints at cracks in Fox’s right-wing front of Trumpian solidarity.

Media Matters understands that you cannot let any lie go without a response.  They have helped Mueller respond without speaking.  While Mueller cannot speak for himself with a PR campaign, Media Matters can sometimes help to push a narrative that supports Mueller.  Last year, for example. Media Matters realized that the Rudy Guiliani narrative being pushed by Trump surrogates that Mueller was “conflicted” was gaining some traction and Mueller’s favorables were dropping.  Media Matters pushed back by getting more commentary into the public space about the need for the Rule of Law.  They advanced that narrative which caught on and Mueller’s approval ratings went up as a result.

Media Matters was one of the forces behind Alex Jones getting bumped from social media.  Thank you so much!  And when Christine Blasey Ford’s identity became known, a right-wing group did a hit piece on her based on false information which Media Matters was able to trace back to its origin and then knock down by exposing the source of misinformation, embarrassing the conservatives who had put it out on social media without fact checking.  Based on what I learned from Angelo Carusone, Media Matters has developed new ways to rapidly identify false news and track it back to its origins, then work to correct the record with key “influencers”.

There is a lot we can do.

Two of my personal super heroes are Rachel Maddow and Angelo Carusone.  They are fighting the good fight every single day for all of us in America to reclaim our country from fake news and ignorance.  I hope you will join me by supporting them too.

Previous post Trump’s Psyche: A Wish to be Shamed and Punished? Impeachment Would Do the Trick 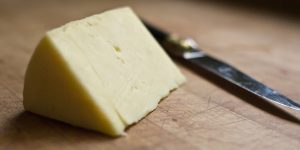