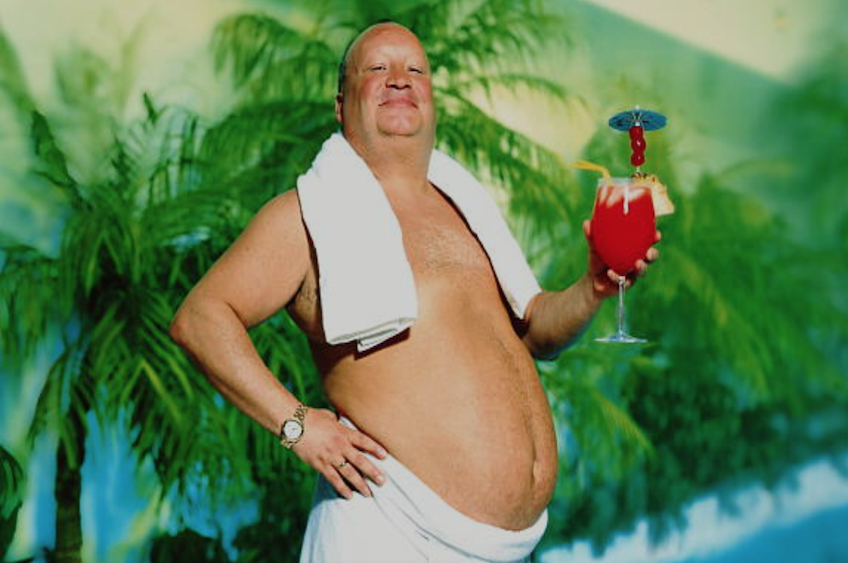 There is a very simple way to understand almost everything going on right now in politics when it comes to Trump and the Dems.  As I have written about since he was elected, Trump lives in a world that is fabricated, false and self-soothing.  He creates a reality that satisfies his extraordinary narcissism and demands that everyone buy into it.  He forces everyone around him to accept his version of reality or be subjected to attack.  He’s a big bully who uses his power to maintain control. He blasts out false statements that reverberate with Fox News and throughout the twittersphere: “I don’t do cover-ups” is just one of many.

At this point nearly all Republicans have lost their ability to be honest.  They pretend the Emperor has spiffy new clothes when in fact the Emperor is naked as a jay bird and they know it, but they cannot say it except behind closed doors.

Trump is extremely thin-skinned.  And he is terrified of being exposed.  But little by little, that is what is finally happening.  House committees and the courts working in tandem are peeling back Trump’s cover.  The only way Trump survives as president for a second term is if he keeps the cover up going.  There is something damning in those tax returns.  Why else would he work so hard to keep everything under wraps?  Maybe Russian money laundering and who knows what else. We are going to find out now that the House is FINALLY following the money which Mueller did not do, contrary to Trump’s assertions.

As long as Trump is able to keep the towel around his ugly naked real self, he can maintain the pretense that he is too smart to need to follow the law, richer than anyone could imagine, and is a hugely successful businessman yada yada yada.  But the towel is getting pulled away from Trump’s ugly, naked body.  Things are finally catching up to Emperor Trump.

Trump will go down when the truth comes out.  The House is winning everything with help of the courts and will continue to do so.  It feels like slow motion, but as the facts come out, the exposure will gather momentum.  Trump’s cover up is failing to hold, which was predictable given that courts follow rules, laws and precedent.  Nancy Pelosi has put her faith in a system that works slowly but inevitably to get out the evidence and raw truth.  Whether or not Trump is impeached will not matter in the end if enough factual information comes out that can break the spell Trump has over many duped Americans.

Evidence will reveal to Americans that he is, in fact, a crook.  Doesn’t pay taxes.  Money laundering and footsie with the Russians.  Not the rich man he says he is.  Not successful in business.  And probably more.  Impeachment is almost irrelevant at that point because, as Pelosi has explained, the Senate is a fully owned subsidiary of Trump anyhow and will not convict him.  The power of the House is the most potent power of all- it’s the power to expose the real Trump through investigatory hearings where documents are made public and witnesses testify under oath.  And that is what is what is happening now as judges rule remarkably fast (for judges) because they understand part of Trump’s game is to try to use them, the courts, as part of his continuing cover up ploy.  Judges are not stupid.  They are not playing his game and they will not be intimidated.  By supporting the House’s “legitimate legislative purpose” with rapid rulings, the courts are making it unnecessary to start impeachment proceedings to get at the truth.

The only thing that will matter in the final analysis is that the voters show up in November of 2020 in huge numbers to vote him and his corrupt administration off the island.

For people who are concerned that nothing is going to happen in Washington to help Americans with health care needs, and nothing will happen with infrastructure or student debt or the trade war with China from now until this nightmare ends, well…nothing was going to happen anyhow.  Trump never had any realistic plans or the ability to plan.  Huge sums of money were given away to the wealthy in that tax bill for the rich and Trump does not have more money to play with.  Trump is unable to form alliances and work on legislation.  He has fired all the capable people who minded him and warned him and kept him from doing really stupid things and gave him viable plans he could pretend were his own.  From here on out Trump is going to be fully preoccupied with himself, his image, and his worries as the walls close in on him and his family.

To understand what is going on, simply look at what is happening using the roadmap of truth vs lies, exposure vs cover-up.  When you do that everything falls into place and makes sense.

The Dems are trying to expose the truth with subpoenas, court orders and requests to testify and deliver documents.

Trump is trying to keep everything covered up by having his lawyers fight every single House request, appeal everything, and slow walk everything.

Trump will try every trick in the book and outside the book to keep his towel covering him up.  But Trump is losing the cover that hides his ugly naked self and before this is over, he will be fully exposed.

Once exposed he will pretend he is pretty.

It ain’t gonna be pretty.