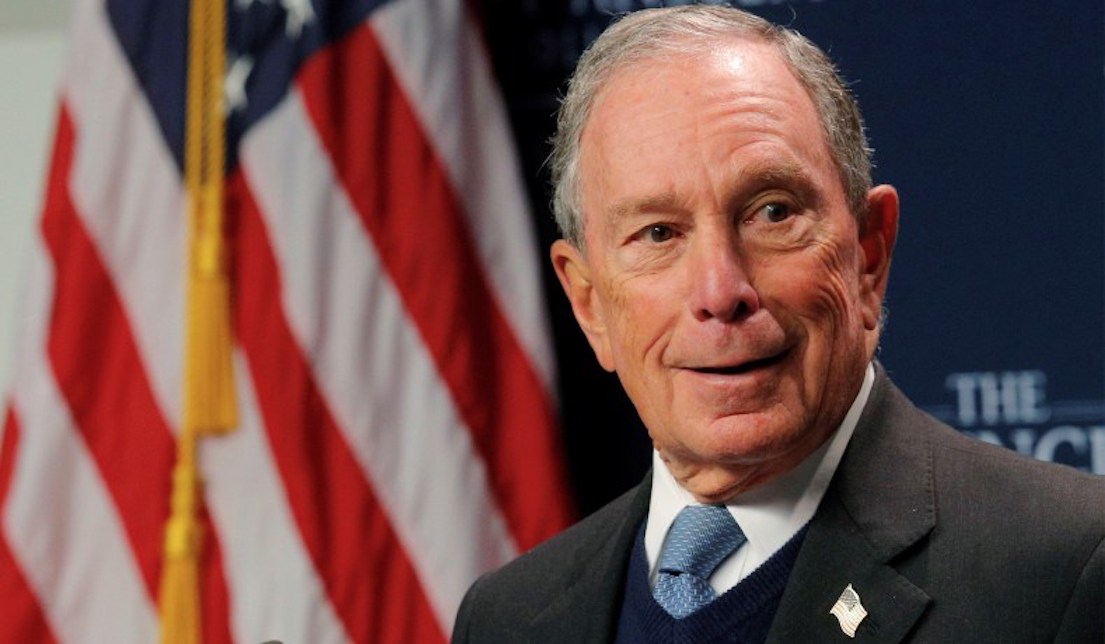 Mike Bloomberg is not an inspirational speaker.  People close to him will quietly say that they think he may be “on the spectrum”.  If that is true about him his dispassionate demeanor makes more sense.   People who work with him also say a lot of very positive things about his management capabilities, his commitment to helping our country and his treatment of women.  He is said to be a great supporter of the women he works with and unlike the way he is being portrayed by Elizabeth Warren and some others, he is not a misogynist according to those who know him and work with him.  He promotes women and respects everyone who does a good job.

Note: I analyze handwriting for personality traits.  This is something I developed as a hobby since I was 9 years old.  I got good enough at it that my friends would type letters to me instead of writing their letters to me.  Eventually I used this skill as a prosecutor to assess opposing counsel, judges, and even people in the jury pool who might be good to have on a jury.  Today I use it to rapidly understand my clients who come for professional development help.  As part of this series of blogs on the pros and cons of each candidate, I have analyzed the handwriting of each one of them to get a better sense of their personalities.  I have also met a number of candidates running for president in person and talked with members of their campaign teams as well as friends of the candidates who know them personally.  And just like you, I have been listening to them and watching their debate performances. These are my own conclusions and opinions.

I have not met Bloomberg in person but I have analyzed his handwriting.  His handwriting has some interesting similarities with Martin Luther King, Dr. Benjamin Spock, and Nelson Rockefeller.  He is intense, very logical, can concentrate on problems and details, likes people and is diplomatic, energetic, outgoing, an excellent planner, highly responsible, can be courageous, believes in his own decisions, has drive and energy, likes power but is not self-aggrandizing or full of himself as our narcissistic current president is.  He is more modest and accurate about his perceptions of himself and is concerned about how his actions affect others.  He does have a sense of pride and self-assurance but he probably gained that by being  successful.  He can be diplomatic, persistent, enthusiastic at times and optimistic.  He is interested in other people and their welfare.  He has integrity.  Is altruistic.  An excellent manager.  Stays on an even keel.  Retentive memory.  Clarity of thinking.  Good administrator.  Thinks fast and fluidly. He can seem arrogant and dismissive because he believes he knows the answer based on reliable data or information that he has already figured out.  Guarded and protective of himself in his personal relationships.  (Perhaps that is the result of being in the public eye).

Bloomberg became a billionaire without the help of his father.  His innate capacity to problem solve and manage well comes through in his handwriting and there we can see the structural underpinnings for his business success.  He has many talents for building and managing, understanding and solving problems effectively, and working well with other people.  But he is not a celebrity type and has no need to be.  He would probably not want to have a TV show about himself, for example.  He gets pleasure out of things being well run.

His decision to get into the melee of the Democratic primary was based on concern about what Trump is doing to damage this country more than any narcissistic wish to be all powerful (unlike Trump).  His concern about the country and the weakness (an example of how he assesses, based on data, and then acts to problem solve and how that can come off as arrogant) he saw in the field of candidates compelled him to start his campaign.  Whether or not he is elected president he is probably the best person to hire for the job after handling New York post 911, running the city for 12 years after building a very successful media company, funding hundreds of progressive candidates including many of the 40 new lawmakers in the House and Stacey Abrams, and championing numerous causes including but not limited to gun control and climate crisis response.  He also has ideas about promoting entrepreneurship in the black community that he will underwrite and he funds a training school for new mayors.  He may be a despised billionaire but he sure is doing a lot of good with his money unlike some other folks we all know.

He appeals to the suburban voter.  Former Republicans who left the party because of Trump really like Bloomberg.  The suburban voters who immediately gravitate to him are business people with successful companies, financial people, and others who have been fortunate enough to be born into the right zip code or found a way to make it in America.  They resonate with Bloomberg as a man they would want to hire to head their company or lead their team.  That voting bloc is a very valuable voter bloc for this election and they will eagerly vote for him rather than stay home and grouse.

With the advent of the coronavirus, Bloomberg’s management skills and his capabilities handling New York after 911 may generate greater interest in him as a candidate.  Unlike Trump he would never have fired the pandemic team at the CDC and he would listen to the scientists and experts.  Unlike Trump he would not care as much about re-election and the stock market tanking as the safety and security of our communities from a global pandemic.  Who do you want in the driver’s seat when there is a crisis?  Someone calm under pressure, smart, capable, able to listen and process important information, problem solve, know when he does not know the answer, rely on his team not just on himself for the answers, and make decisions with the best interests of the country front and center, not himself.  If that’s what you want, Bloomberg could be your guy.  Of course other Democrats in this field would also fit that description but Bloomberg has the added skill set of having navigated a serious crisis and managed it well.

It is likely the Democratic base will not accept Bloomberg as their standard bearer.  He doesn’t fit the description for the job of progressive fight leader in this era of social unrest, #metoo, and anger at elites.  He is being (probably unfairly) labeled a misogynist, a Trump mini-me, and is said to be “buying his way” to the presidency.  He represents the very class of people Sanders and his followers abhor and revile and want to eliminate in their populist revolution.  Because of that he may not be able to gain enough traction to amass delegates. We will know more after Super Tuesday.

If Bloomberg is not the right candidate for moderate lane Democrats, the data will tell the story.  If he does not see a path to victory his team says he will drop out and support whoever could go all the way.  He is not a fan of Sanders but would vote for him if the choice comes down to Sanders or Trump.  Since Buttigieg is not gaining traction with voters of color and Bernie and Biden have affiliations with younger and older black voters respectively, Bloomberg may be forced to read the data tea leaves and leave the field as the race continues.  Warren is losing market share to Bernie.  Klobuchar is not gaining traction at all.  So it may well come down to Bernie v Biden or Bloomberg and unless there is more clarity about who represents the moderate lane, the Democratic convention could end up an extremely contentious food fight with everyone coming out of it damaged.

More Democrats across the country want a moderate than want a revolution. (You can figure this out by adding up the primary numbers for left lane Sander plus Warren v moderate lane Biden, Bloomberg, Buttigieg, Klobuchar, Steyer.  It’s about 30% left lane (very very engaged and wanting a progressive agenda NOW) and 60% moderate lane (agitated and hating Trump). But if the vote in primaries continues to be split between two or more people representing more moderate thinking, Bernie wins even though if Bernie wins, many people (including me) think that Trump wins which is the exact opposite of what Dems want.

Biden and Bloomberg should probably pow wow after Super Tuesday.  If Bloomberg sees Biden gaining strength he should probably bow out.  His money would breathe new life into Biden’s campaign.  On the other hand if Biden is not winning, Biden should drop out and give his support to Bloomberg or another candidate who is gaining traction.  If Elizabeth Warren is regaining traction I think she could be a good compromise candidate representing progressive values and broad appeal to the most factions under the Democratic tent.  More on that in the upcoming blog about Warren. 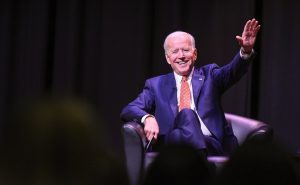 Previous post Pros and Cons of Voting for Biden 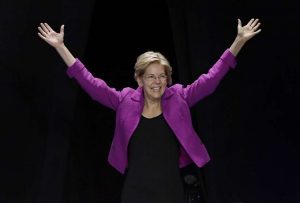 Next post Pros and Cons of Voting for Warren