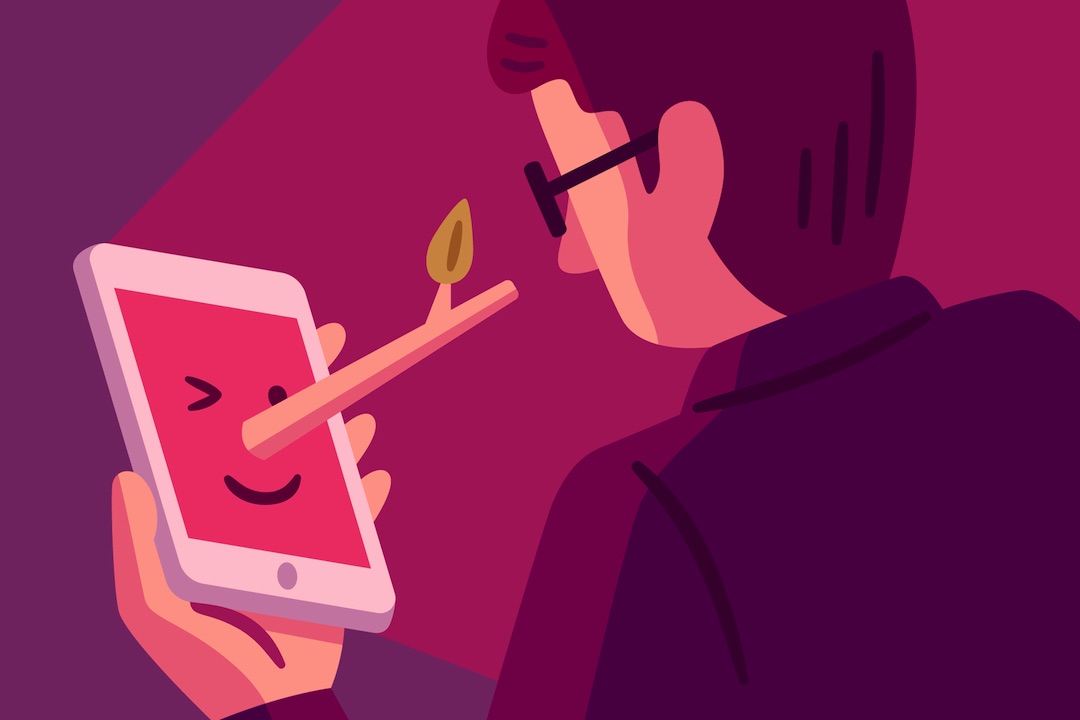 Fox News is worried about being sued because they knowingly misled the public about coronavirus.  At the beginning of this epidemic we knew about in January, for at least two months, Fox hosts, including Sean Hannity and others, maintained in sync messaging with President Trump and other right-wing media by failing to tell viewers the facts about the very real dangers of the coming pandemic.  Instead, they downplayed the massive approaching danger of this virus, and covered the story as if it was a political hit job by the left wing against Trump, calling it a hoax and a fraud and creating an alternate universe instead of providing the truth to viewers.

Fox insiders tell Gabe Sherman of Vanity Fair that they are afraid that they might be sued by family members of viewers who have died or will die because they believed what Fox News was telling them was the truth when the media giant knew better.  The question for determination would likely center on a court’s assessment of whether Fox News’ misinformation could have been the proximate cause of a number of wrongful deaths.  If it can be established, for example, that susceptible, elderly Fox News viewers went to choir practice or church or Mardi Gras parades based on knowingly false misinformation they relied on from Sean Hannity, Trish Regan or other Fox hosts only to get sick and die from coronavirus, would the deceased’s family have a wrongful death action?  These and other fact patterns could put Fox at risk for a number of lawsuits.  Fox executives are worried about that. They should be.

One reason they are worried is because there is evidence that Fox knew of the danger.  Rupert Murdoch, who owns Fox News, took precautions to shield himself.  Fox executives announced new measures to protect their own staff from infection during this time.

Over the last few weeks, the network made hand sanitizer readily available for employees, increased the frequency of cleanings in high-traffic areas, and held calls with employees to discuss concerns. They also allowed staff to work from home.

Scott and Wallace announced other measures being implemented, including: reducing in-studio bookings and directing shows to rely on Skype or remote studios; directing employees to cancel all in-person meetings; canceling the studio audience for “The Greg Gutfeld” show; and canceling the network’s Ad Sales Upfront presentation scheduled for March 24.

Even though these measures were being followed internally, Fox allowed hosts to give patently false information to viewers.

Below is a sampling of what Fox viewers heard from hosts in the two months when Trump had the potential to enact testing and prepare our country for the coming pandemic but chose instead to push out politicized and misleading information.

“This is yet another attempt to impeach the President,” declared Fox Business host Trish Regan Monday night next to an on-air graphic on the screen that read “CORONAVIRUS IMPEACHMENT SCAM.”

“The hate is boiling over,” Regan added. “Many in the liberal media using — and I mean using — coronavirus in an attempt to demonize and destroy the President.”

(Trish Regan’s contract has been terminated.  Another indication that Fox is trying to clean house because they fear lawsuits.)

Laura Ingraham, whose show “The Ingraham Angle” airs after Hannity’s program, called members of the media “panic pushers” who “went into overdrive after the market closed.”

Jeanine Pirro, a Fox News weekend host who is strongly supportive of Trump, sowed doubt about the coronavirus’ mortality rate during her show Saturday.

Hannity, arguably Trump’s top defender on television, said Monday night that he believed news coverage from the media “mob” could be characterized as “manufactured, irresponsible, over-the-top rhetoric.”  Hannity said, “I’m sure in the end the mob in the media, well they will be advancing their new conspiracy theory and their newest hoax,”

Others who pushed out false, misleading information include Martha Mac Callum who claimed coronavirus was like a typical flu, and Dr. Marc Siegel, who downplayed the death rate despite information that this virus is ten times more deadly than the flu.  Pete Hegseth claimed the Democrats were hyping the pandemic to drag down the presidency.

To his credit, Tucker Carlson sounded the alarm about the danger of the pandemic even while other Fox hosts were downplaying coronavirus and politicizing it, although Tucker Carlson did his best to push a xenophobic agenda by labeling the epidemic the “Chinese Coronavirus.”

Fox New hosts are notorious for failing to provide accurate information and pandering to extremist right wing views for the sake of entertainment and ratings. Fox hosts politicize their coverage of events and work hand in glove with Trump, acting as Trump’s mouthpiece and the echo chamber for far-right ideologies.  Sean Hannity has a particularly symbiotic relationship with Trump. Hannity is the Trump whisperer. Trump embraces whatever he says.  And if Trump wants to get the word out about something, Hannity serves as his mouthpiece.

When lives are not at stake, Fox “news” hosts can usually get away with lying without consequences other than the occasional sponsor who rebels at over-the-top, hate-filled commentaries by withdrawing as sponsors of a particular show, which has happened with Laura Ingraham, for example.  The Fox hosts are said to have a lot of power to say whatever they want without restraint from the executives or from Rupert Murdoch or his sons, who are taking more control as their father ages out.

But this time may be different.  This was life and death misinformation that many Fox hosts irresponsibly pushed out to the detriment of their loyal viewers who are overwhelmingly members of an at-risk age category.  Nielsen Media Research tells us the average age of a Fox viewer is 67.  Anyone who is over 60 is at higher risk of mortality if they contract the coronavirus.  Trump himself orchestrated the misinformation and could have some degree of liability himself, I would think, although he is not going to be sued while in office.  Yet, as the numbers of dead mount in our country, people are going to look around for who to blame.  Trump and Fox News are to blame for failing to listen to facts and science for two crucial months and for attacking the messengers who were trying to get Americans to enforce physical distancing measures.

The coronavirus death toll in America today exceeds 3,000 which is more lives lost than the September 11th attacks.  In New York, refrigerated trucks are carting off the dead bodies from overwhelmed hospitals. In Michigan and New York, hospitals are trying to figure out protocols for who should get a ventilator when they run out of sufficient numbers of machines that so many people desperately need as their ICU numbers mount.  Our country is on track to have 100,000 to 200,000 deaths or more even if we do things “almost perfectly” according to Dr. Birx at yesterdays’ news conference in the White House.  Trump actually tried to spin that prediction as a good thing.  It is not.  It is a disaster and a failure of leadership.

This is not something to be proud of, Donald Trump!!  This is a goddamn train wreck!  especially since the reason for such large numbers of deaths (that would far exceed other countries) is directly attributable to the concerted effort by you and Fox News to deny and mislead the public for two precious months that could have been used to prepare our country and would have saved lives.

If instead of listening to Sean Hannity, Trump, and Laura Ingraham we had used those months to follow the guidelines of the pandemic task force, we would have been ready with what we desperately need to fight this war against the pandemic: tests tests tests!! and a protocol that required contact tracing and isolating people who had been exposed. We would have been stocking up on personal protective equipment for our first responders and getting ventilators and respirators produced and stockpiled for the coming apex.  That reality-based approach would have limited the spread of the pandemic and the death rate from the pandemic just as South Korea has proven could be done.  That approach would also have meant far less damage to our economy, far fewer deaths and far less damage to our health care workers and system.

Are you sick of Fox News spouting lies that misguided Americans believe?  We can make a difference.  We can do something right now that could force Fox News to be more truthful, less toxic, less hateful, less xenophobic.  How? All of us who get cable or satellite feeds are paying about $2 a month to our providers FOR FOX NEWS.  Other news stations like CNN or MSNBC are supported but at a lower rate.  If Fox could no longer rely on the funding from all of us through our monthly payments to Xfinity or Dish or other suppliers, it would have to be more responsive to sponsors.  Sponsors who refused to support programming that is irresponsibly inaccurate could then influence Fox to change its tune.  This is the time to do it because Fox is up for review by regulators.  Media Matters for America is leading a fight to demand a Fox free option when you pay your cable bill.  Want to join that fight?  I already joined.  You can too.  Go to: