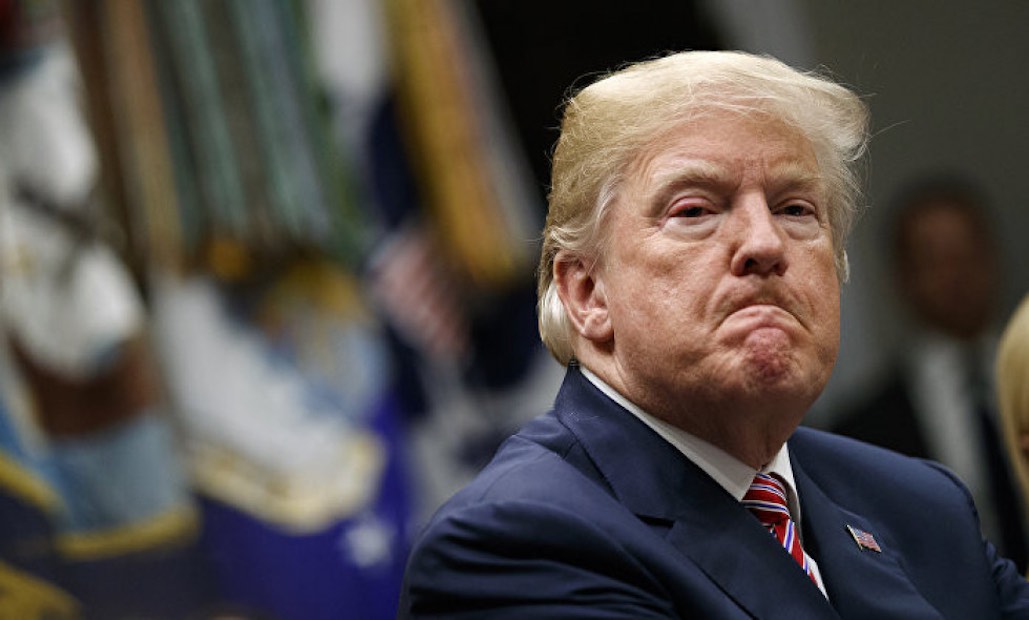 The EU is about to open up again after successfully beating back Covid-19, but Americans won’t be invited to the party. American tourism is on the ropes because of the soaring Covid case count in this petrie dish of infection we call the United States.  When your country has the highest rate of infection in the world without relief in sight, other countries don’t want you around. You are icky. You are dangerous. You are unwanted. Trump has succeeded in turning all of us who live in this country into global pariahs just as he himself is a global pariah among democratic leaders and former allies.

We don’t need a wall. It is totally unnecessary. No one respects this country anymore. No one wants to come here anymore. And no one wants us visiting their countries either.

Trump has been a disaster as president. He pitted Americans against each other by juicing our culture wars.  His policies and executive orders have been uniquely and intentionally mean and divisive:  Muslim ban, border wall, children in cages, mishandling hurricane relief in Puerto Rico, white supremacists being elevated as “good people”, a massive tax cut to benefit the wealthy, the tariffs that have damaged our farmers and small businesses, a continuing attack on our health care, attack on reproductive rights for women, insulting our allies, aligning himself with world tyrants.  And he has also been the most corrupt president in the history of our country. More will come out about that once he leaves office because right now he has a very active bevy of protectors led by AG Barr keeping that damning information about him as secret as possible.

As if things weren’t bad enough, we learned overnight from our intelligence agencies that Putin’s military spy unit targeted American soldiers in Afghanistan offering a bounty, a reward, to Taliban to kill American and British soldiers.  This while Trump pals around with Vladimir and befriends him, having secret phone calls we learn about from Russian news sources, not our own news agencies! Trump claims he did not know about what Putin was up to. That is Total Bullshit!!  That information would have been the very first line of his daily briefing as soon as our intelligence agencies found it out. And if he failed to read his daily briefing because as Bolton tells us, Trump often fails to read it, he would have been TOLD this news.  Trump is lying to us and placating Putin.  Again. Some day we will find out why. But for now all we need to know is that Trump is, once more, not acting like an American president. He is failing to act in the interest of Americans and acting instead in his own nefarious best interest. This time he has been exposed as a despicable traitor to our country and our troops.

When it comes to the pandemic, every American who has not yet been affected will soon be affected by Trump’s failure to lead a federal response and his delusional thinking about how the pandemic will simply disappear. No! It is not disappearing. It is getting worse. As of today, Sunday, June 28th, only two states in the US are reporting a decline in case numbers  Twelve states are pausing their re-openings because of a surge in cases. Pence put off his planned trips to two states because of the level of infections in those states but he also went to a mega church full of people today. (They should all pray they don’t get sick and die.) The virus rose 65 percent in the past two weeks. It has killed over 123,000 Americans. Our country has reached a new high in confirmed daily cases with 44,792 on Saturday and total infections in the US over 2.5 million although the real number is far higher- possibly ten times higher according to Redfield of the CDC. Our country is failing to crush the pandemic. Instead, we are being crushed BY Covid while other countries are taming the beast with testing, tracing, isolating and mask wearing.

Trump utterly fails to lead a federal response to the pandemic and is the worst possible role model. He won’t wear a mask and belittles people who do. He claims ramped up testing is the reason our case count is higher. Not so. Hospitalizations are going up and deaths are a lagging indicators- they are on the way. He and Fox News encourage pandemic deniers to stand up for their right to infect other Americans by not wearing a mask. He holds super spreader events. Someone in his campaign team had the social distancing stickers removed from his Tulsa rally to pack in his supporters so his rally would look good for his re-election even though the stadium was only 1/3 filled. He is planning more rallies including the big convention in Jacksonville, Florida, for his nomination by the RNC. All of this is consistent with Trump’s bad boy raw dog image. Break the rules! Break everything!

When Trump won the presidency and went to DC, he went there with a mission to smash everything he could and we can see from our vantage point today that he accomplished that with the help of the GOP. He and his Republican allies in the Senate revoked environmental safety laws, did their level best to destroy Obamacare (and are still trying to do that), did whatever they could to cater to lobbyists and the donor class, and, in short, moved this country ever further away from fairness for all. Trump and the GOP put even more roadblocks in the way of the 99% of Americans trying to get ahead unless they were already ahead. By the time of the Democratic primaries many Americans were in greater pain than when Trump had first taken office.  Warren and Sanders got it right that this country had become a place that worked well only for the 1%.  That was why their message resonated. We could see that truth more clearly at that point. Then we got hit by the pandemic. The pandemic has pulled back the curtain on even more pain and suffering and also contributed to it.

These past three and a half years have led us to a time of reckoning. The truth is our country was not what we thought it was even before Trump strode into the china shop and smashed everything he could lay his hands on. This country was in need of not just a serious spring cleaning, but a soul searching, a gutting and a rebuilding. Not every American understood that at the point when Trump was elected, but over the past three and a half years with Trump as president, it has become clear that we have lost our way as a liberal democracy, that shining city on a hill, that noble country, where anyone who wanted to could make it if they tried. The American dream had become far too much of a pipe dream, not a reality. We have to fix that.  We have to re-imagine America and rebuild our country to be one that works for all Americans.

This is the challenge we have ahead of us. We must rethink and rebuild this country. We have a road map thanks to real American heroes: the whistle-blowers, Black Lives Matter and other protesters and activists, journalists who have exposed Trump and the GOP as liars and phonies, Democratic lawmakers in the House and some in the Senate who have stood up to Trump and the GOP, many brave Americans who stepped up to tell us the truth in the impeachment hearing, former Republicans working against Trump’s re-election, military leaders who spoke out about Trump’s use of force against peaceful protesters, front-line hospital workers who are trying to save lives in hospitals and keep us safe from this epidemic despite being overwhelmed and exhausted, corporations that are demanding that Fox News hosts tell the truth for a change and that Facebook remove hate speech and disinformation, and even John Bolton who is finally talking about what he should have been testifying about in the impeachment hearing. The curtain has been pulled back.  We can more clearly see how much we must fix.

This country is like an old decrepit house that no longer meets the needs of the majority of Americans living in it. Because of Trump, much has been burned down and exposed, revealing many of the places where we can and must start over. Four years of this administration has been bad enough but four more years of Trump and the GOP would be intolerable. We have to reclaim this country and rebuild it. How do we do that? By electing a fix it crew of progressives into power who can come in, clean up the mess and make this country better than before.

To achieve that goal, we must first vote Trump and the stinkin’ GOP out of power. A massive rebuke. We need to vote Democrats into power across the board- in the White House, Senate and House- people who will undertake the challenge of remaking our country to become one that meets the needs of all Americans. If we do that we will also get closer to being that shining city on a hill that other countries around the world respect again.

We can and we must Remake America! If we defeat Trump and the GOP we have a chance to create a better America that works for all of us.