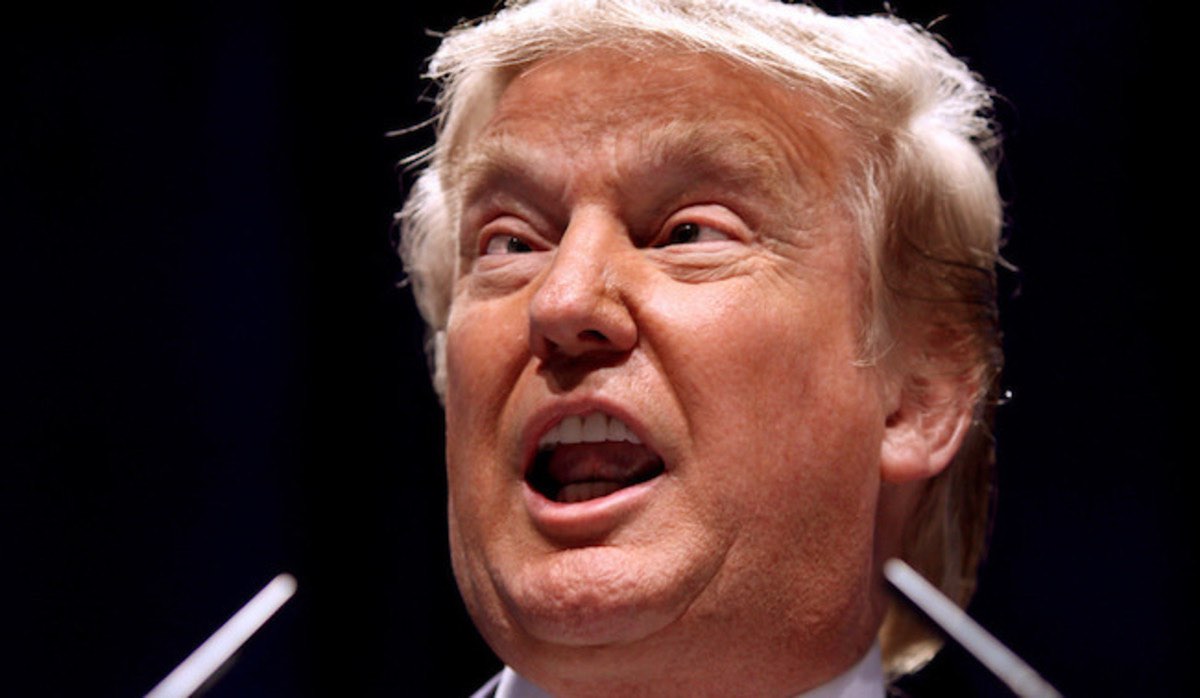 How Trump is Failing

How can it be that as our country hits the highest number of Covid cases yet; 2,409,845 (and Dr. Robert Redfield of the CDC says that number could be 10 times higher, or over 20 million cases), the Trump/Pence plan is to END funding for federally supported testing sites? As Texas cases spike, the Trump administration is closing 13 federally supported testing sites in Texas alone! What are they thinking?!!

How is it that 1.5 billion in relief checks were sent to DEAD people? (Mismanagement!!!)

How can it be that Trump has a rally in a church in Arizona, a state where cases are spiking, and fail to encourage the people who came to hear him to wear masks because Trump thinks it’s sissy stuff to wear a mask?  If Americans had access to a medication that would reduce deaths from Covid-19 five fold we would all be rushing to take that medication.  Masks reduce Covid deaths five fold.  We should all wear masks when we are in public or in stores.

How can it be that the Trump administration is asking the Supreme Court to abolish the Affordable Care Act?  20 million Americans could lose their health care in the middle of a pandemic! This stupid move by this administration would erase the pre-existing condition protection. That means insurance companies could deny coverage for Covid survivors with continuing health problems.

These are just a few of the many reasons Trump is losing support across the country.  He already lost suburban women long ago, inner city women, more recently many rural women, suburban men, former Republicans, black Americans and now Asian Americans with his racist comments and his super spreader events.

Trump is losing to three opponents: Joe Biden, the pandemic and himself.

Joe Biden is Doing Well and Trump is Stumped

Joe Biden, sitting in his basement or his garden interacting with supporters by Zoom, meeting with staff and advisors, issuing statements as a sane, thoughtful, compassionate, concerned human being, and occasionally showing up in person at key moments: Memorial Day to lay a wreath; the funeral of George Floyd to be with his family, and today in Lancaster County, speaking with people who benefited from Obamacare. Biden is turning out to be Trump’s worst nightmare.

Biden is a white man, which matters to many old school and probably unconsciously racist voters who can’t envision anything but a man as president and who fear the browning of America. And worse for Trump, Biden is a man that Trump cannot credibly paint as a lefty antifa flame thrower because no one will believe that.  (Bernie was the guy Trump was itching to run against.  And Trump would have had a field day painting Warren as a lefty flame thrower too. But Biden? Naw. Biden doesn’t fit the image.) So Trump and Fox are trying to claim that Biden is hopelessly ensnared by the rabid left and held hostage to them, doing their bidding. That is just not believable because Biden is a centrist and says sensible centrist things like he is not in favor of defunding the police.

In short, Trump is struggling to typecast Biden and find a negative brand for him.  He failed with the Ukrainegate effort and in the process, exposed himself as corruptly trying to get a foreign country to say Biden was corrupt.  Trump calls Biden “sleepy” and tries to attack him for being old. But Trump looks like a doddering old fart coming down the ramp at West Point and using two hands to steady his glass to sip water.  Then, at his Tulsa rally, spends a ridiculous amount of time bragging that he can drink water with one hand (ta ta!) and that his shoe soles were too slippery coming down the ramp because they were leather. (Man! What a doofuss!)  An attack on Biden for being old just reminds everyone how old Trump is. So… NOT a great attack line.

Biden is not only the white man Barack Obama trusted as his VP sidekick, he is a longtime friend of unions and blue collar guys- creating a wide range of supporters who already have trust in him- something that is hard to come by in this cynical era.  Biden is a man who is also setting himself apart from Trump every day because he shows he is capable of leading our country.

Biden’s policies and comments are what we want to hear from a president. Not friggin tweets. Thursday in Lancaster County Biden said “I will not abandon you if you are sick.” Biden has always said he will fight for the continuation of Obamacare. Contrast that with Trump who might succeed in getting rid of it, just in time to throw 20 million Americans off of their health care plans when they need it most because of the epidemic!

Contrast what Biden says with Trump who is protecting Confederate statues instead of protecting the American people from a pandemic; Trump who is failing to manage multiple crises in our country; Trump who thinks of his voters as his personal fan base fighting alongside him in a culture war instead of uniting all Americans to fight a war on a pandemic that is wrecking our economy and killing our fellow Americans.

Trump Has Given up on the Pandemic

Trump is failing massively because he will not do what needs to be done to get the pandemic under control: namely, testing, tracing and isolating people who test positive so that the rest of us can keep going to work safely and telling people to wear masks. In addition, he is failing to lead a federal response against the pandemic, leaving everything up to the states so that he can avoid blame if and when some governors fail.  Other countries are doing way better than we are. The EU is on the verge of banning Americans from coming to Europe because our epidemic is not under control and theirs is.

The long and the short of it is that our country is a mess thanks to Donald Trump and people are being affected by his incompetence in ways Trump cannot magically pretend away.

How the Swing State Polls are Shifting to Favor Biden

More and more people are deciding either to affirmatively vote for Biden or against Trump- either one is a loss for Trump. Biden beats Trump by 14 points in national polls at this point. But more importantly, Biden currently beats Trump in six battleground states.

And Texas and Georgia are turning purple.

Biden also has very low unfavorable ratings which sets him apart from Hillary Clinton whose unfavorability was very high. When people do not like Trump, however, they really despise him. He has very high unfavorability ratings although the base that clings to him continues to love and adore him.

What’s Going On with Barr and the DOJ

While Trump takes a wrecking ball to our democracy, many Americans are too overwhelmed to notice what he is up to.  The corruption which Trump engages in boldly and quite openly, is no less corrupt and illegal for being done so openly.   The House Judiciary committee held a hearing on Wednesday, June 24th, in which the members heard from Aaron Zelinsky, AUSA who had been working on the Roger Stone case until he quit in disgust, Don Ayre, a former Deputy Attorney General in the Bush era, and John Elias, another AUSA.

The topic was Bill Barr and what he’s been up to.  We learned that Barr has become more of a Roy Cohn than Roy Cohn ever was.  From day one Barr has been remaking the Department of Justice over as an enforcement arm for Trump’s gangland empire. He is openly using his power and authority to destroy the integrity and independence of the DOJ.  Many people thought that might be going on, but now they know it’s going on.

Barr, it was reported by Zelinsky and Elias, creates both fear and favor by pressuring supervisors in the US Attorneys Offices to go easy on Trump’s pals and be tough on Trump’s enemies.  Barr has clearly corrupted the DOJ and is defying his oath of office and the Justice Manual that requires that decisions should be made based on the facts and law not on whether the president likes you or wants to force you to be loyal to him. We are living in a two bit banana republic these days with Trump as our openly corrupt president.

Barr tried to get rid of US Attorney, Geoffrey Berman, a former Trump supporter who gave a million bucks to Trump’s campaign, but as US Attorney was pursuing Trump allies without fear or favor as the chief of SDNY. The attempted Friday night massacre took place last Friday, but Geoffrey Berman made a stink and that drew attention to what was going on.  Lindsay Graham, head of the Senate Judiciary committee, finally discovered part of his missing spine and said he would not go along with confirming the totally unfit SEC chair to be chief of SDNY. (Don’t get excited. Graham has less to fear from Trump because he made it past his primary. That’s all. He hasn’t rediscovered his soul.) So Berman was able to get his second in command appointed to take over for him in exchange for leaving his job without more of a stink. But the House is onto Barr now and Jerry Nadler is thinking about next steps given what we have learned.

Here’s what I hope Nadler’s next step will be: Bill Barr must be impeached.  I hope that the Dems do not back down or go soft on Barr.  He is the reason Trump has been so effective at dismantling our democracy.  Trump couldn’t do it without Barr.  Impeaching Barr would be the best way to stop the bleeding until we can get a real Attorney General after Biden wins.

What Will Happen in November?

And will Biden win?  It is June. We have about 4 1/2 months to go. A lot could happen. But given that Trump is totally incapable of changing his thinking or behavior here is what is coming: the pandemic will rage on unabated, the economy is not going to reconstitute magically, the majority of the country will be terrified that ACA could be eliminated, and the Republicans will continue to cling to Trump as he goes down.

I foresee a very stormy path ahead for our country which will further damage Trump’s re-election bid. Before this is all over Trump will have no supporters left other than his die hard white supremacists, a bunch of greedy fat cats who loved the tax cut for the rich and want more, and a bunch of evangelicals who want women barefoot and pregnant and think we are going to get a return of patriarchy.

In short, as Trump unravels more he will help Biden win, the Senate to flip and the House to stay in the hands of the Dems.

But forget what I just said and work as hard as you can for the Dems and Biden because Trump is going to lie, cheat and try to steal this election. The win by the Dems must be massive.  A rebuke. Not a squeaker.  And that means we have a lot of work to do.

Write post cards. Call people in battleground states. And above all, if you have had enough of this mess, support Joe Biden at any level you can!!