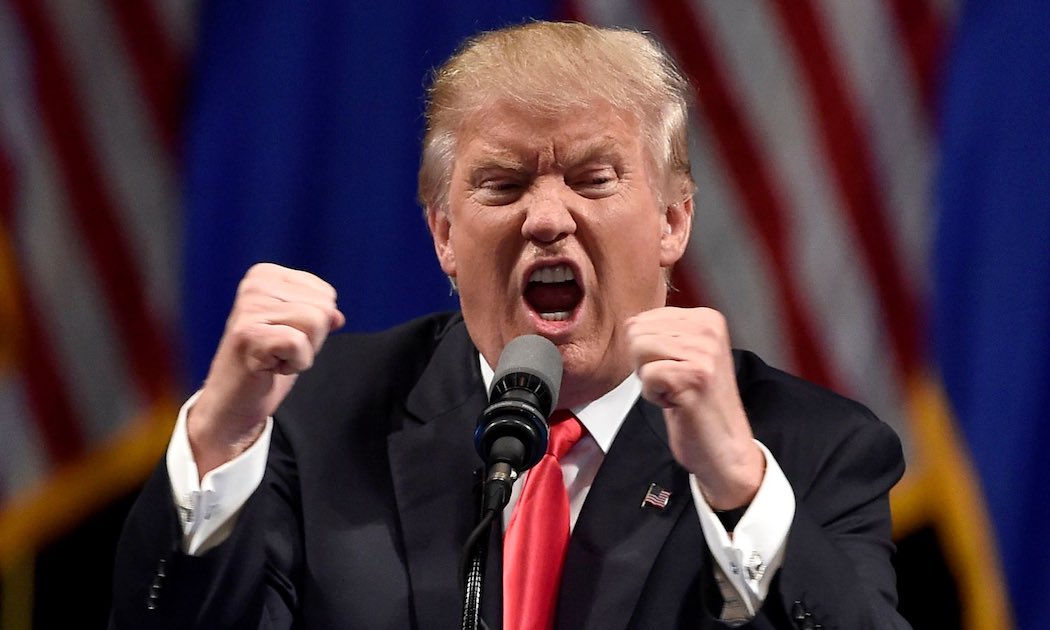 The Republican Convention took place this week. Trump promised a cheerful convention. Hardly. We got a split screen consisting of dark dystopian scary rhetoric that felt at times like Joe McCarthy had risen from the dead and become our president, and an avalanche of misinformation and disinformation as the speakers and Trump himself rewrote history to comply with Trump’s alternate universe.

Speaker after speaker saw our country through a lens of fear, terror, and grievance. Fear of change, terror about the new multicultural majority that is just around the corner, and grievance about losing white privilege.

For the Republicans, America is a country on the verge of collapse because there is rioting in the cities, impending doom in the suburbs, and some concerted effort in the rural areas to prevent people from going to church or owning a gun.

While these Trumpian Republicans told us all how wonderful our country is with Trump as president, in the very next breath Trump himself said these words: “America can’t keep going like this!” Huh? THIS is YOUR America, Donald Trump. You might try to blame Joe Biden for social unrest but YOU have been president for nearly 4 years.  Man up.  You did THIS to our country.

Different Realities Depending on Your News Feed

The THIS being referred to is very different for Republicans and Democrats.

For anyone who does not live in Trump’s dystopian alternate universe, the unacceptable THIS is: 180,000 deaths from a pandemic Trump has no ability to manage, a broken economy with 30 million people out of work and job loss numbers rising, Americans not welcome around the world, and social unrest that Trump has lit a fire under with his racist rhetoric so that he can claim the suburbs are in danger from black and brown people, Antifa anarchists, and lawless gun toting protesters.

The reality is that many of the people who are the lawless people toting guns around are the ones Trump and the right wing are encouraging to do just that. A bevy of fringe right wing social media misfit militias that have sprung up with the self-appointed mission to protect white Americans from the coming hoards of terrifying black and brown people like… (wait for it)…Senator Cory Booker.

The America that “can’t keep going on like this” is the America Trump has infused with hate and divisiveness. Trump incites violence by approving of vigilantes and Q’anon conspiracies, and those very creepy McCloskeys, a husband and wife team who pointed guns at peaceful Black Lives Matters protesters because if your skin is dark you must be a member of MS 13.

Trump and right-wing groups LOVE chaos, mayhem, and carnage so that Trump can use fear to regain the votes of suburbanites who were formerly Republican and have edged away from Trump and Trumpism.  But this America is Trump’s America. Trump has effectively created the American carnage he spoke about in his acceptance speech in 2016.

Social Unrest Is the Response to Police Brutality and Systemic Racism

The social unrest in our country has been sparked by overly militarized, brutal policing and the mistreatment of black and brown Americans which we saw play out in Kenosha, Wisconsin. Jacob Blake, a black man, father of 3, was shot 7 times point blank in the back in front of his children as he was restrained, held by his T shirt, by the  police officer who shot him. Blake was paralyzed by the bullets and may never walk again. This is yet another shocking, terrifying failure of policing. It is unconscionable and represents the different America that black people live in compared to the America white people live in. This must end. The NBA players and other sports leagues stopped their playoffs and other games in protest for at least one night.  Good for them.  That will start a conversation in American homes about why players are protesting.

Trump and the Right WANT Vigilantes to Amp Up the Carnage

More darkly, and in line with the urgings of the right-wing and Trump himself, a 17 year old boy from Antioch, Illinois, Kyle Rittenhouse, went to Kenosha with a group of vigilantes all pumped up to protect America, carrying loaded weapons. Rittenhouse had an AR-15 style rifle.  He was there, he said to protect property. In the ensuing confusion, Rittenhouse fired his weapon numerous times killing two people and wounding another person in the arm. After that he walked down the street towards police vehicles with his hands in the air as if to surrender, but the police did nothing to stop him or question him even though people nearby were shouting to police that he was the shooter. This young white kid was inspired to be a “vigilante” both by Donald Trump and by social media groups calling for militias to rise up against protesters. He responded to these calls to arms by taking his gun to Wisconsin where he shot and killed two people. After that, the kid went home and was interviewed by the right wing Daily Caller like he was a war hero.  Fox News hosts Laura Ingraham and Sean Hannity are talking about Rittenhouse as if he should get a medal of honor.

This is a perfect storm in our country. Protesters who are responding to police brutality are getting set up by Trump to contribute to his narrative about our country needing a so called law and order president.

Trump is Driven by Fear of Losing this Election

Speaking of law and order, Trump is a desperate man. If Trump loses, he and his family members and many of his associates will be indicted for breaking the law. (Law and order president, my foot!) Trump’s one best hope for avoiding that is to stay in power where he is protected by his appointees like Bill Barr and the DOJ opinion that a sitting president cannot be indicted for federal offenses.

So protesters are Trump’s ticket to ride and especially if people loot and riot- that plays right into Trump’s narrative about being the law and order president our country desperately needs.

The problem with that argument is that this is Trump’s America now! This is happening on Trump’s watch and is the result of Trump’s influence. Trump was the guy, along with Jeff Sessions, who dismantled oversight of police departments and programs to re-think and re-imagine policing. Trump is the guy ginning up the militias, the divisiveness and the hate.

The GOP Stands for Nothing Anymore

Trump may be trying to hide his autocratic yearnings by suddenly pretending he likes immigrants enough to bestow citizenship on a handful of them in the Oval Office and he may be trying to hide his racist beliefs by inviting black, brown and native American people to speak at the convention, but no one should be fooled by those staged events. Trump and Trumpism has bitten the GOP in the neck and taken it over like a vampire.

The GOP no longer exists as a political party. It has become a cult with Trump its cult leader. How do we know that to be true?  Because the RNC has NO PLATFORM other than doing whatever Trump wants.

Here is what was resolved by the RNC INSTEAD of formulating a platform:

RESOLVED, That the Republican Party has and will continue to enthusiastically support the President’s America-first agenda;

That’s it.  There is nothing more. The rest of the pages are the 2016 platform stapled in to make the document look bigger. The reason for this pledge to Trump Almighty was that Republicans don’t know what they stand for anymore. They are the party of Trump.

The RNC this week was a phony, high gloss TV extravaganza; a made for TV event that attempted to remake reality to conform to the alternate universe Trump lives in and wants everyone to believe is the real world.

If you believe in and live in Trump’s fact free alternate universe you think the threat is from the rising tide of black and brown people. If you live in the real world, you know the threat is from Trump himself: his inability to lead in a pandemic that could kill any one of us or leave us with potentially life long physical impairments, inability to admit the truth about systemic racism and work on solutions. unwillingness to tell us that he plans to dismantle not only our health care but Social Security and Medicare systems as well as the USPS, and that if he is reelected he will be the first American despot with no rules anymore- only HIS way or the highway.

TRUMP to NYT’S PETER BAKER about his second-term agenda: “In the interview, Mr. Trump rattled off a list of what he has done and would continue to do, like increasing military spending, cutting taxes, eliminating regulations, reinforcing the border and appointing conservative judges.

I will tell you what Trump plans to get done that he isn’t telling Americans. He will dismantle not only our health care system but Social Security and Medicare systems, the USPS, and our legal system. He will do nothing to work on climate change. He will do nothing to address the pandemic. Nothing to address systemic racism. If he is reelected he will be the first American despot with no rules anymore- only HIS way or the highway.

In Trump’s alternate universe, the pandemic is already over and we won, the economy is fantastic and getting better every minute of the day, and he saved millions of American lives instead of responding to the pandemic too late and even now, with unfathomable ineptitude, so that 180,000 Americans have died of Covid-19- (close to 4,000 during the four days of the RNC alone), and thousands more are destined to die from it by December.  The estimate is that 300,000 of us will die by December 1st. In Trump’s alternate universe our economy is doing great. No one at this convention talked about the 30 million Americans out of work, the failing small businesses, the evictions and food insecurity. In Trump’s alternate universe 1500 people sitting on the White House lawn watching the Trump White House Extravaganza are evidence that the pandemic is over, not that 1500 people probably just participated in a super spreader event to make Donald Trump feel good about having a live audience that clapped for him.

The GOP is Dead

The RNC no longer functions as a stand-alone political party with a mind of its own. It is the party of Trump’s whims now. And Trump’s whims change like the shifting sands driven by whatever Trump believes is good for himself.  How can you have a platform when Trump can blow it up any time he pleases? Whenever Trump says “Jump!” everyone around him has learned to say,“how high?!!”

We are witnessing the end of a once proud political party. The GOP has sadly ended as a cult, slavishly subservient to a desperate autocratic man. This RNC convention was nothing less than Trump’s audition to be the first dictator of the United States of America.  This was not a real convention. It was a made for TV event that used the White House as a prop. What the  RNC did was attempt to slather lipstick on a very big, very ugly pig.