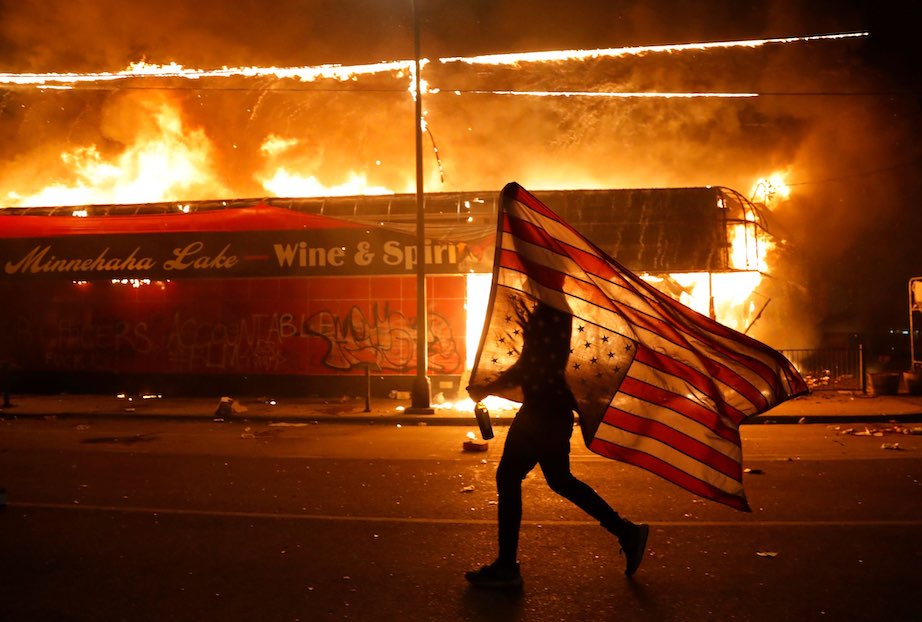 There are 6.04 million cases of coronavirus in the US.

There are 183,000 deaths from Covid in our country. (That’s an underestimate.)

There is still no federal plan to manage this pandemic in our country.

Scott Atlas, Trump’s new coronavirus advisor, edging Dr. Fauci out, although he is not an epidemiologist and does not have a background in infectious diseases, is pushing a “herd immunity” idea that was tried and abandoned in Sweden and the UK, namely, lifting restrictions and just letting the virus run rampant in America to get to widespread herd immunity. That approach would mean millions more of us would die. And as Sweden should have taught us, it would not revitalize the economy. And by-the-way coronaviruses mutate. So…that idea probably won’t even work.

That this approach is even being discussed in the White House is drawing concern from experts inside and outside the government who note that a herd immunity strategy could lead to hundreds of thousands, if not millions, of lost American lives. (Washington Post)

Instead of dealing with the pandemic, Trump is trying to pretend it’s behind us and the real problem is a race war that he is pouring gasoline on.

Today Trump went to Kenosha, Wisconsin, where he was not welcome but he went there anyhow.  Why? Because Trump is on a mission to try to convince us he is a law and order president. To make that case he toured some rubble in the area and got a bunch of photos taken of himself posing in front of the wreckage so he can say he’s tough on crime. Really? This is what has happened on YOUR watch, Donald Trump. This is the result of YOUR failed leadership. By-the-way you yourself are a walking crime wave.  White collar crime is still crime.

Why is this photo op so important to Trump? He is trying to prove to us that we should feel safe with him in the driver’s seat. Really? Are any of us feeling real safe in this bus Trump is driving off a cliff?  Trump is also trying to convince us that Biden will create an unsafe environment for us in our suburban dream communities because people of color might move in.  Are you scared of that?  Are you going to get out your AR-15s and hand guns like the Mc Closkeys because a future Cory Booker or Kamala Harris wants to move in down the street or next door to you?

But okay, if Trump wants to make safety the issue, then let’s talk about safety!

Here is the question: “Are you safe in Trump’s America?”

I am a “suburban housewife” and I do not feel safe at all with Trump in the driver’s seat.

He is dangerous to me personally, to my life, to my family and to my future. I see Trump for who he is: a flamethrower, a fear mongerer, a man without morals, a lawbreaker, a toxic tweeter, and a selfish person who only cares about himself.  What we risk in this country if we have four more years of Trump is not worth the damage we will get.

1) With Trump in the drivers’ seat we risk damage to our lives and livelihoods by failing to beat back the pandemic that is wrecking our social interactions, our economy, our kids’ safety at schools and colleges, our relationships with grandparents.

2)Trump says he will give us good health care but instead his administration is still in court trying to eliminate the Affordable Care Act and the GOP and Trump have nothing to replace it with.

3)Trump will not address climate change which is churning up so called once-in-a-lifetime storms like Laura, melting the ice caps and creating hot spots across the globe the likes of which we have never seen before in our lifetimes.

4)Trump will not address infrastructure needs across the country-he had the chance and he never did it.

6) Trump will not revitalize our economy. To do that he would have to address the pandemic and come up with a national plan which he is incapable of doing. He is not a manager. He is a disrupter. Full stop.

7) Trump has broken our alliances abroad and given four more years will do even more damage to NATO and other alliances that help keep the world peaceful.

8) Beyond that, with Trump in charge, our country has devolved into a culture war madhouse full of shit flinging social media bullies who attack people on Twitter and Facebook and whose noxious venom is now spilling out into real world attacks by  Trump lovers showing up in caravans to make trouble in places like Portland and armed vigilante militias in Kenosha. How does that make anyone safer?!

9) And it would be great to get our mail again and have sports again. To get that normalcy back in our lives we need to elect Joe Biden.

Trump is a flamethrower and fear-mongerer. Remember how he tried to scare us with the idea of caravans coming to the border in 2018? They never came. That was just to scare us.

But there are real caravans now and we have every reason to be afraid of them- they are the militias and white supremacists, the vigilantes that Trump and the right wing are  ginning up to attack protesters in our cities shooting paint balls at people in Portland and bringing AR-15’s to Kenosha that have led to real deaths. Trump doesn’t only condone that, he NEEDS that to win reelection.

Why? Because that’s all he’s got.  He didn’t accomplish anything worthwhile for the American people in his 3 1/2 years in office. Yes, he pleased some people. He pleased the 1% with a tax cut for the rich. He pleased the anti-abortion white evangelicals with right wing judges. He pleased the white supremacists. But he’s got nothing to run on in a general election where he needs to have pleased more than his base, so he is dragging out and dusting off the Nixon/ George Wallace/authoritarian playbook to win by ginning up fear.

Americans elected Trump to be a disrupter. And he is that. But he is more than that. He is himself a racist and a very hateful man who is desperate to get re-elected to avoid going to jail himself, and he thinks that he can squeak out a win again by scaring us in the suburbs and rural areas to vote for him as a so called law and order president, by telling us he is our savior. Are we going to fall for this?

After the Democratic and Republican conventions we are getting the first polling data and what we see is that little has changed in the thinking of most Americans with Arizona as an outlier where the momentum is shifting more to Biden/Harris and away from Trump.

Despite two weeks of party conventions and amid civil unrest prompted by the police shooting of Jacob Blake in Kenosha, Wis., the state of the race between President Donald Trump and Democratic presidential nominee Joe Biden stands largely unchanged from its pre-convention numbers in some of the country’s most-contested states — with the notable exception of Arizona. (Biden is ahead or tied with Trump in the battleground states.)

While Biden was trailing the president in the Southwestern battleground by 2 percentage points in an Aug. 7-16 Morning Consult poll conducted before the Aug. 17 start of the Democratic National Convention, the former vice president has improved his margin over Trump by 12 points.

Hmm.  Maybe that law and order message is not doing what the Trump team thought it would. Maybe it’s not ginning up the fear factor that Trump is hoping to lift him over the top in the Electoral College. Part of the reason might just be that Trump’s messaging about Biden being in the camp of lefty antifa anarchists is ridiculous, laughable, and won’t stick because it isn’t true.

We have come to know Joe Biden for about 50 years in various roles in government. He is a centrist who is actually able to talk with Black Lives Matters people AND Blue Lives Matters people alike.  He opposes violence by anyone and doesn’t condone one group over another. He is able to reach across the aisle and bring people together. He is empathetic. He cares. He is ethical. He doesn’t tweet out idiotic shit. We know him.

Trump can’t do his usual re-branding tricks and hope to succeed when it comes to Biden.

Biden is also speaking out and refuting Trump’s message.  He came back at Trump in a powerful speech in Pennsylvania. I hope you will watch the video to hear Biden’s entire rebuttal.  The next administration could be the start of a Renaissance in our country if Biden and Harris are elected.  https://www.nytimes.com/2020/08/31/us/politics/biden-speech-trump.html 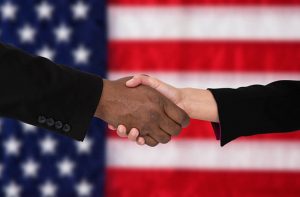 Previous post Want to Help Save Our Democracy? – Here’s How 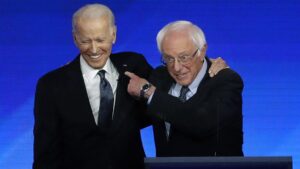 Next post I Want to Have a Boring President