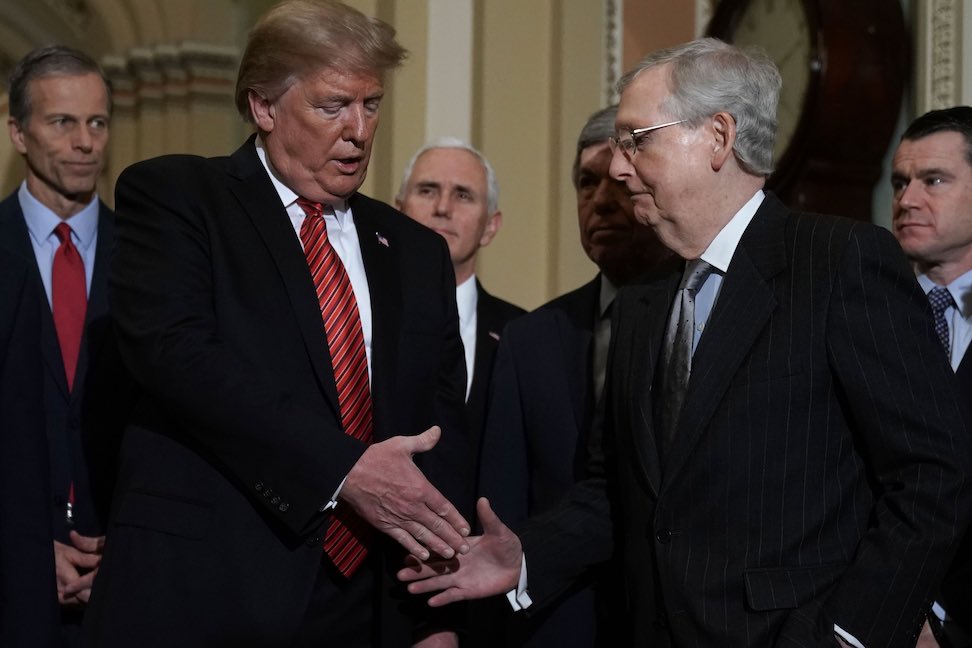 Playing By the Rules

The juxtaposition of Trump’s second impeachment trial and the Super Bowl got me thinking… about rules. Who plays by the rules and who does not. Most Americans have grown up playing sports. We understand that when it comes to sports there are rules and umpires and referees who enforce the rules. You might not like the rules or the way a referee or umpire calls it, but you have to play by them or get penalized.  Sports teams play by the rules no matter how tribal they are or how upset their fans get or how desperate they are to win. If coaches cheat or allow cheating, once they are found out the whole team gets penalized. Managers cannot get away with giving their athletes drugs that enhance performance or leaking the air out of footballs to get an advantage. And once they are found out, the whole team suffers for those bad choices and is humiliated.

When it comes to Trump’s impeachment trial set to start Tuesday, February 9th, Republican Senators are going to pretend they are playing by the rules when they are really playing politics.

We already know that 2/3 of the Republican Senators (17 are needed) will probably not vote to convict Trump even though they know full well that he is guilty. If someone is guilty the rule is you should convict. You should hold Trump accountable. These Senators know about Trump’s guilt in a uniquely personal way. They themselves were the target of the mob that Trump incited to storm the Capitol hunting for VP Mike Pence and Nancy Pelosi to kill them and other lawmakers, viciously attacking and wounding over 140 Capitol Policemen, violently damaging and defacing the Capitol with feces, breaking windows and doors, scattering and stealing papers, laptops and documents and even Speaker Pelosi’s lecturn. These Republican Senators had to hide in fear for their lives from a mob that carried weapons and had zip ties to take them hostage. The mob was brainwashed by Trump for months before the attack, summoned to DC to do his dirty work, egged on by him even while the mob was attacking the Capitol. Trump told them how much he loved them even while telling them to go home after the attack.

Trump’s lawyers intend to claim it is unconstitutional to impeach, remove and disqualify Trump because he is already out of office. That is likely to be the leading argument GOP Senators will use to allow themselves to let Trump off the hook for a second time because that way they don’t even have to get to the merits of the case.

That argument is poppycock. Don’t take it from me. Chuck Cooper, a conservative, right wing attorney who represents many Republicans published  an op-ed in the Wall Street Journal in which he insists there is no valid Constitutional argument against trying Trump in the Senate for inciting an insurrection just because he is no longer in office.

Next, they will say Trump has a First Amendment right to free speech. This argument is that Trump should not be punished for pushing baseless claims about widespread voter fraud. Trump, they are saying, has a right to push out those baseless lies if he wants to, even to whip up a murderous mob to attack the Capitol seeking revenge on his behalf. But that is not so.

Let’s Talk About What Happened

Trump’s election team had every right to contest the election and they did so in case after case. After over 60 lawsuits in which courts across the country found NO VOTE FRAUD, the determination of the judges (many of them Trump appointed judges chosen by the Federalist Society which is very right wing) was that Biden won fair and square. Nonetheless, Trump did not stop trying to change the reality he couldn’t accept. He tried to get legislators to help him cheat to win. When that didn’t work he pressured the Department of Justice to help him cheat to win which also did not work. And finally, when all of his avenues to cheat to win were used up, Trump summoned his already angry, riled up supporters to come DC for a so-called “Stop the Steal” rally. “It will be wild” he promised.

The morning of the Capitol riot Trump held a rally at the Ellipse where he and others including Rudy Guiliani and Trump Jr. verbally ignited the crowd to attack the Capitol to stop the final tally of votes that would end Trump’s presidency. Trump told the crowd that if they did not “fight like hell” they would “not have a country anymore”. Those words were the match that lit the bomb.

Here are the biggest problems with Trump’s lawyers claiming Trump has a First Amendment right to rile up his mob to attack the Capitol:

144 Constitutional lawyers from all political backgrounds blew the whistle on these arguments that Trump’s defense team will rely on in the impeachment trial. They call Trump’s arguments “legally frivolous.”

Yet we already know that Republican Senators are determined to let Trump break the rules without consequences. They just want to have something plausible to say so they can avoid looking bad when they let Trump get away with murder.

Why the Republicans Are Letting Trump Get Off

How can these Senators think like this? How could it be that Republican Senators don’t remember how terrified they were of Trump’s mob on January 6th? I think these Senators DO remember how terrified they were. I think they are still terrified and that that is one of the biggest reasons they WON’T vote to convict Trump. They are terrified of Trump and of their own base because unlike a sports team or their fans, Trump supporters do not play by the rules. Trump has radicalized his base. Many of them are as extreme as the Islamic terrorists who hijacked airplanes on 9/11 and crashed them into the twin towers and the Pentagon.

When the Capitol Police were preparing for the rally on January 6th, they made the fatal mistake of thinking that Trump and his supporters would play by the rules. That was inexcusably naive of them. They believed when Trump’s supporters saw barricades they would not force them open or grab them to use as weapons against the Capitol Police.  The police should have realized that Trump supporters would bring weapons and bear spray with them, wear bullet proof vests and helmets and come to DC with the idea of carrying out Trump’s wishes to get even with Pence and others if he wanted them to do that.

The Capitol Police totally miscalculated the intention of Trump himself as an angry man who would stop at nothing to ignite this mob bomb and throw it at his legislative branch out of his fury about not being able to stay in power because these people in Congress were playing by the rules when it came to the Electoral College vote. Trump and his radicalized mob never planned to play by the rules just as Trump never plays by the rules. He has nothing but contempt for the Constitution or for laws in general. His effort to stay in power was the ultimate anti-democratic effort any president could have tried to get away with and these Senators are going to let him skate.

Republican Senators know how Trump’s loyal supporters operate. Since when does a Secretary of State in a swing state like Michigan get death threats for carrying out her duty to properly certify an election that was carried out following the rules? Only since Trump has been president. Since when does a Governor have to worry about being kidnapped by people who don’t want to follow rules to prevent the spread of a pandemic? Since when do legislators’ families like Cory Booker’s or representatives like AOC or Ilhan Omar get death threats? Only since Trump has been president. I think Republican Senators are afraid to vote to convict Trump in this trial because they know they too will get death threats from their own base. They know they will not only be targeted and “primaried”, their families will be terrorized by Trump and his radicalized thug supporters who do not play by the rules.

The only way the Senate would vote to convict Trump would be if there was a secret ballot. If there were a secret ballot, we are told by reporters who speak to  these legislators off the record, there would easily be over 17 Republican Senators who would vote to convict Trump and prevent him from holding office again. They know he is a would-be dictator who violated his oath of office many times over. The secret ballot in the House kept Liz Cheney in her leadership position even though Marjorie Taylor Greene got the standing ovation. Only with a secret ballot can terrified Republicans vote their consciences.

What About a Secret Ballot?

Could the Senate have a secret ballot? Probably not. The argument is that even though the Senate can make up its own rules for impeachments, it would be next to impossible to keep the vote truly secret. In addition, Democrats want to expose those Republicans who do not vote to convict Trump. They want to target them in future elections as the traitors to our country that they are.

Most Senate Republicans have proven for the last four years that they are not profiles in courage. Instead of being the referees and umpires they should have been when Trump began to break the rules once he was president, they let him get away with everything. They hid rather than challenge Trump. They did it to wield power, get the judges they wanted, the tax cut for the 1% who are their donors and stay in office. Even now the Republican base supports Trump. Overwhelmingly they would vote to acquit him. Unless that changes we are not likely to see Republican Senators play by the rules in this impeachment trial.

Republican Senators will very likely let Trump off the hook in this impeachment trial.  But we should not let them off the hook. They deserve to lose their future elections. We must make sure they do. 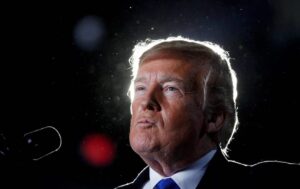 Previous post GOP Has Become the Party of Kooks and Liars