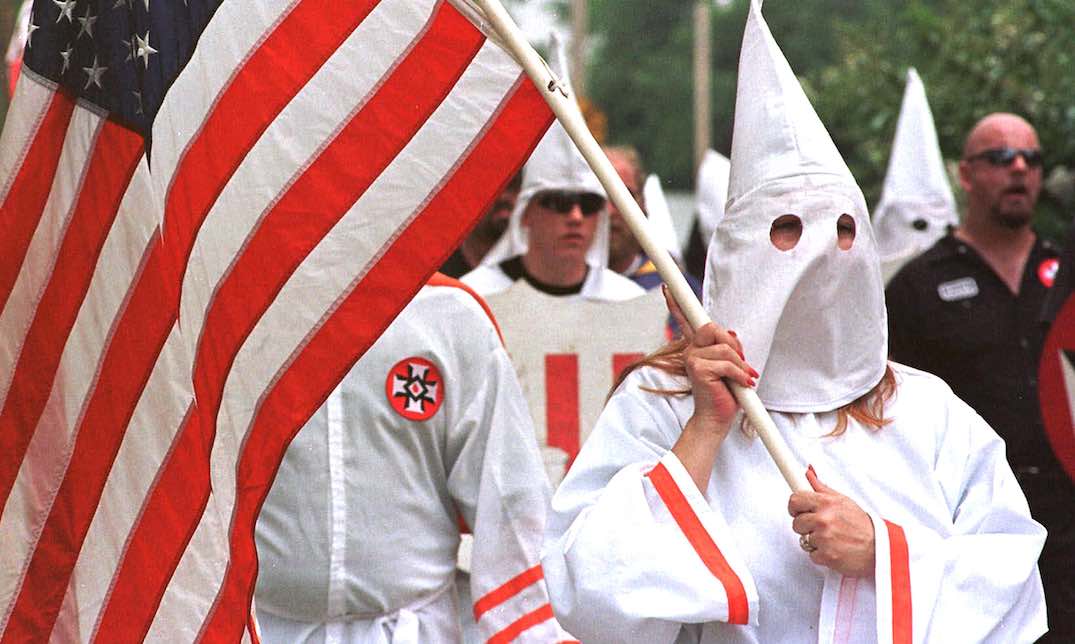 The Aftereffects of the Big Lie

Trump used the Big Lie to try to stay in office as president. It didn’t work for him, but it is having continued damaging effects on our democracy.

Republicans across the country in state after state are using the Big Lie as the rationale for racist voting bills that limit access to drop boxes, require more identification on mailed ballots, restrict who can get mail-in ballots and in Georgia, the new law removes the Secretary of State from his former role of election oversight. Remember Brad Raffensburger, the Georgia Secretary of State who stood up to Trump and taped him urging Raffensburger to find him the votes, a possible violation of law for which Trump could face criminal charges? That’s the guy Georgia removed from power in their new restrictive voting bill.

The Brennan Center for Justice is tracking these restrictive bills that are frankly racist. They are the new Jim Crow bills.

By March 24, lawmakers had introduced 361 restrictive election bills in 47 legislatures, according to the nonpartisan Brennan Center for Justice at New York University, which has been tracking the legislation. (NBC)

The good news that often doesn’t get mentioned is that there are also bills advancing in state legislatures that would expand access and make it easier for everyone to vote.

843 bills with expansive provisions have been introduced in a different set of 47 states. That’s up from 704 bills six weeks ago (NBC citing Brennan Center tracking)

Without a doubt, there is a battle going on for the soul of the country when it comes to the right to vote that is supposed to be enjoyed equally by all Americans. The battle is over whether to ease or restrict access to the polls by which groups of voters. This fight is being waged across America.

Georgia has become the focus in the fight for our democracy because SB 202, the bill that makes voting harder in the state for people of color, was signed into law on Thursday, March 25. Some of the very same people who were cheered as heroes of democracy because they stood up to Trump when he tried to get them to break the law to cheat so he could claim a win in Georgia, have turned out to be big duds.

Remember Gabriel Sterling? He stood up to Trump and excoriated him for the Big Lie. Sterling stood on the steps of the Capitol in Georgia and spoke out rebuking Trump and other Republicans who were pushing the Big Lie.

“It has all gone too far,” said Gabriel Sterling, Georgia’s voting system implementation manager, raising his voice. “All of it.”

The remarks marked perhaps the sharpest rebuke from a local election official against Trump as he levels baseless claims of voter fraud to falsely claim the election was stolen from him. (USA Today)

That same Gabe Sterling is now defending SB 202. He claims the measure expands access to voting.  It is true the law grants greater access to in-person voting, but overall the bill is chock full of restrictive Jim Crow stuff that the legislature says is necessary for election integrity based on the bogus claim that the election was fraudulent. Seems like Gabe decided to rejoin the GOP alternate universe he briefly left the day he championed democracy on the steps of the Capitol.

Georgia Governor, Brian Kemp, also looked heroic when Trump pressured him behind the scenes to help him cheat to win in Georgia. Kemp refused to do it. Kemp seemed in that moment like another champion for democracy. But that was a mirage. He showed his true racist colors by signing Georgia’s restrictive voting bill into law in a secret signing session surrounded by a bunch of white men standing in front of a painting of a slave plantation. OUCH! the symbolism there just kinda smacks you in the face!

And it got worse. Park Cannon, a 5’2″ black woman, a Georgia state representative, knocked on the governor’s door, trying to “be in the room” while the secret signing was happening. Police forced her to leave. She was arrested, handcuffed and forcibly removed by some big burly white police officers. All of it caught on tape. What was her crime? Knocking on a door? The police claim they were afraid of a riot like the one at the nation’s capitol. Really? Really? This slightly built duly elected Georgia lawmaker is the equivalent of a MAGA mob intent on hanging Mike Pence, attacking police with tasers and bear spray and defecating in the hallways?! She has been charged with two felonies even though

Georgia’s Constitution says lawmakers “shall be free from arrest during sessions of the General Assembly” except for treason, felony or breach of the peace.(NPR)

The policemen used force to remove her and in the process her left arm was injured. It’s now in a sling.

If Georgia lawmakers thought that they could make it harder for black and brown people to vote and quietly pass this ugly racist bill into law without anyone noticing, they were dead wrong. Georgia is saying to the many white supremacists living in that state: “Don’t be afraid, we got your back. White people are going to stay in power in this state even if we have to lie and cheat to do it.” These events cause thoughtful Americans to face the fact that our country is still racist.

Republican politicians use fearmongering to maintain political power for themselves. They have been successful. Many white people have a deep seated fear of black people and that fear is the reason for much of what is today and has been over time so messed up about our country.

Where Fear of the Other Comes From

Where does this fear white folks have about black folks come from anyhow? Doesn’t it come from the fact that white people know they have been abusing black people for a long time and they recognize on some level of consciousness that black people must be really angry at them for that. After all, if white people were treated the way black people have been treated, THEY would be angry!

This realization helps me to understand, not accept, but understand how cops like Derek Chauvin, the police officer on trial for murdering George Floyd, would immediately typecast people like George Floyd. Chauvin did not see Floyd as a person, a human being, who could be a good man, a man who struggled as we all do in life, who loved his kids and his girlfriend, a “momma’s boy” as his girlfriend has described him. Instead of seeing a human being, Chauvin sees a large, muscular ANGRY black man who must be subdued because he would try to hurt or kill Chauvin if he could.

Chauvin started off his encounter with Floyd with what’s called a “transference”– an idea about Floyd as a danger to himself that bubbles up from Chauvin’s own psyche. The fear in Chauvin’s head cause him to subdue Floyd far beyond any need to do so. A veteran in the homicide division, Minneapolis police Lt, Richard Zimmerman, testified that kneeling on the neck of a man who is already handcuffed and prone was lethal force and was “totally unnecessary.” Those white policemen in Georgia were also overly fierce with Park Cannon. Too many Americans see anyone of different skin color as a personal threat.  That is at the heart of the problem we face in this country. Racist thinking is keeping our country locked in a battle for the soul of our nation, as Biden has put it.

During the Chauvin trial we are also hearing from the bystanders who are themselves victims of the horrible murder of George Floyd that they witness and that will haunt them for the rest of their lives. They tried to speak up. Many documented what happened by taking cell phone video. The video is incredibly impactful because the world can see what in the past would have been hidden. But in the end they helplessly watched George Floyd die, feeling in pain because they couldn’t do more to stop Chauvin from committing murder. Those bystanders are people from the community– black and white people as well. They give me hope. The testimony of these witnesses retelling what they saw, at times sobbing and unable to go on, is incredibly moving. America is watching… and anyone with a heart is feeling the pain and the shame that this could happen in our country.

This is a terrible problem. How do you get people to overcome their fears of people with a different skin color? I don’t pretend to have the answers, but I know Trump has both made it worse and possibly forced us to grapple with this monster which could be the first step to making it better. The problem has been exposed for all of us to wrestle with.

A powerful tool for change is economic consequences for racism. Economic pain can shape behavior and make a difference that matters.

It is very good that the business world has finally stepped up to counter these racist voting laws: the CEOs of UPS, Delta, Home Depot, Reddit and many other companies are speaking out against Georgia’s new racist law in response to the call to do so from black business leaders, religious leaders and political leaders. Biden has urged the sports world to get involved to punish Georgia for SB 202 and remind the rest of the states that these laws will have economic consequences. Major League Baseball responded by pulling the All Star game out of Georgia. Arizona was about to pass restrictive voting laws like Georgia’s, but suddenly they shelved that legislation, at least for now. These are steps in the right direction.

One thing is certain–we have work to do. We need to evolve as Americans to be more open, equitable and accepting of others. We are all human beings. We need to believe in the humanity in each of us.