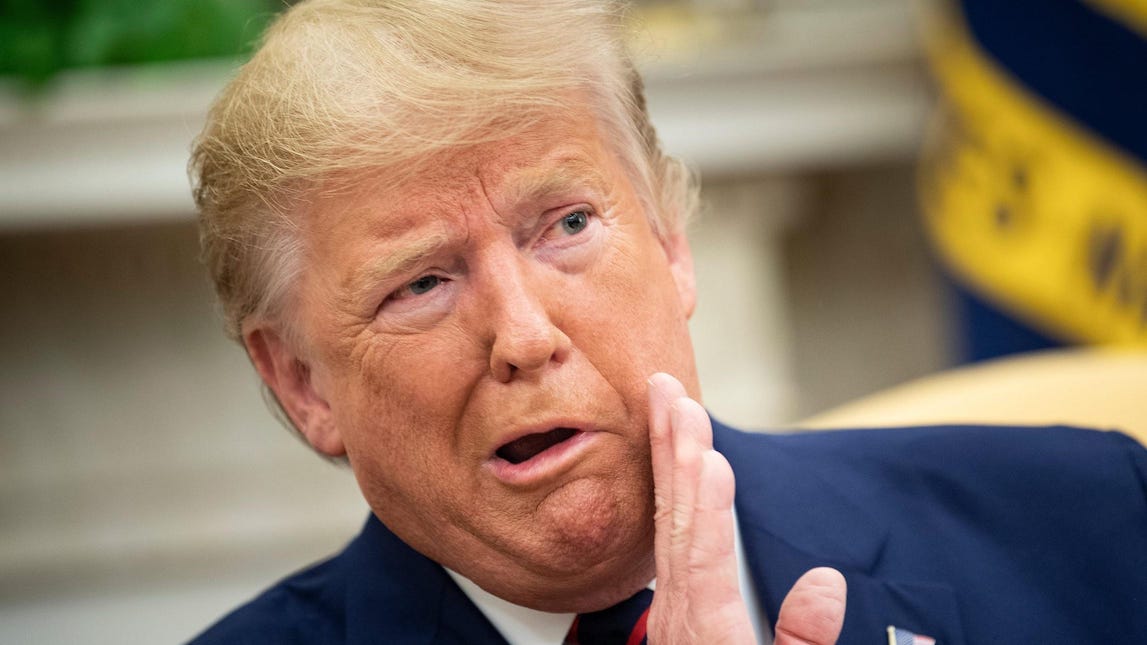 1) Trump’s state of mind and

1) This second hearing brought home the following: Trump was totally, fully informed by EVERYONE on his internal team that there was no election fraud. He lost the election. Full stop. No doubt at all. That was the verdict from what they called “Team Normal” in the hearing. Team Normal consisted of AG Bill Barr, Bill Stepien, Rich Donoghue, Jason Miller, Alex Cannon and others who were not willing to lie to Trump or humor him about the existence of voter fraud in the 2020 election. Trump was told this over and over and over again.

Trump’s inner circle that comprised what was called “Team Normal” tried to placate Trump by investigating every single concern or claim that was raised. They found all the claims of Dominion machines switching votes from Trump to Biden, all the claims of ballot dumps, suitcases of fake ballots, 8,000 dead people voting, Indians voting multiple times and other urban legends to be what Bill Barr called “bullshit”, “crazy stuff”, “complete nonsense”, absolutely rubbish”, “not supported by the evidence”, and a “grave disservice to the country”. We learned that Bill Barr quit on December 14th after concluding that Trump would not listen to reason.

Speaking of grave disservice to the country, however, Bill Barr and all the other people on Team Normal failed to tell the American people what they were telling Trump- that these vote fraud claims were bullshit. THEY TOO COMMITTED A GRAVE DISSERVICE TO OUR COUNTRY. Where were these voices when it could have made a difference? There were no profiles in courage on Team Normal. They were forced to tell us by the Select Committee. Absent that, it is not likely they would have told us the truth about what was said behind closed doors.

Federal judges appointed by both Republican and Democratic presidents, did their job by reviewing all 62 baseless complaints filed in federal courts across the country by Team Crazy, led by Rudy Guiliani. They too found zero fraud that would affect the election result. Trump was told over and over again that he lost, and he should concede. In the field of criminal law that is called KNOWLEDGE. Trump was well informed that he was lying to America about the election being stolen but he lied about it to the American people anyhow.

Team Crazy Told Him What He Wanted to Hear

Trump went all in on Team Crazy featuring Rudy Guiliani, Sidney Powell, Peter Navarro and others because they were giving him what he wanted. Hope. For Trump, the worst thing in the world is to be seen as a loser. These fake stories and unhinged ideas that Trump wanted to believe about wheelbarrows full of phony ballots and the rest gave him hope that he could somehow be reinstated as president. Trump has beaten the odds many times in his life and done what people said was not possible, so he was hell bent on trying everything he could try to make the impossible possible after losing this election to Biden.

Trump insisted that his people investigate every story, every possibility, every chance that he was deprived of votes. And that was done.

There was no there there. And they told him so.

Barr testified that Trump did not have an interest in truth or reality, and he wondered out loud that IF Trump believed this bunk he must be “detached from reality”. Barr raised a question that has been raised before about Trump’s state of mind and the possibility of delusional thinking. Was Trump mentally unstable? Was Trump delusional? And if he was, could he be guilty of a crime of sedition (treason)?  If Trump was “out to lunch” instead of knowingly engaging in widespread fraud, couldn’t he claim he lacked criminal intent if he were indicted? Couldn’t he claim he really truly believed the election was stolen?

Yes, he could raise that defense, but there is plenty of evidence that Trump knew exactly what he was doing and that he was fully informed. Instead of being delusional he was intentionally, feverishly, madly working every lever of the system he could to be reinstated as president. Claiming the election was stolen was his best shot. No matter what anyone said to him he was going to persist in his claims of voter fraud because that con worked best to get him to his goal of staying in power.

Trump was not delusional. He was guilty of “willful blindness”. What is that?

When it comes to intent, a defendant cannot avoid criminal liability by wishing the truth away, by being “willfully blind”.

Trump ignored Team Normal because he didn’t like what they were telling him. Trump liked what Team Crazy had to say. So he spurred on their wild goose chases.

Wishing he had won the election when he hadn’t seems to be such a textbook example of Willful Blindness that I would expect to see this fact pattern on a lot of crim law final exams in law schools across the country next year. If Trump is indicted by DOJ he would face a trial in Washington, DC. DC courts rely on the concept of Willful Blindness where there is ample evidence that the defendant is well informed. I rest my case.

The Real Reason Trump Kept On With the Big Lie

2) The hearing also gave us the underlying motivation that explains why Trump stayed with Team Crazy but why he himself was NOT CRAZY, DELUDED OR DELUSIONAL.

Trump has always been a grifter and Trump saw that the Big Lie was a fantastic money-making enterprise for him! His deluded supporters were pouring donations into his coffers to fight the so called stolen election. $250,000,000.00!! was raised for a so called Election Defense Fund that did not in fact exist. Trump’s cult base was shelling out big bucks to a nonexistent fund to fight nonexistent election fraud. The money raised was a flat out scam straight out of Trump’s usual con artist playbook.

“As the select committee has demonstrated, the Trump campaign knew these claims of voter fraud were false, yet they continued to barrage small dollar donors with emails, encouraging them to donate to something called an Official Election Defense Fund.”

“Claims that the election was stolen were so successful, President Trump and his allies raised $250 million, nearly $100 million in the first week after the election”

The committee discovered that the fund did not exist.

Trump created a separate entity called the “Save America” PAC on Nov. 9, 2020.

“Most of the money raised went to this newly created PAC, not to election-related litigation. This PAC gave millions in contributions to pro-Trump organizations.

“Not only was there the Big Lie, there was the Big Rip-Off.” (NPR)

There is plenty of evidence that Trump knew what he was doing and that what he was doing was working the system to stay on as president.  Trump almost succeeded in overstaying his presidency with the help of right wing white supremacist terror groups and John Eastman, an attorney who devised a playbook similar to those used by dictators in third world countries that was intended to create enough chaos to allow Trump to declare martial law and stay in power as president.

The Big Lie flowed seamlessly into the Big Con. Those Trump supporters who sent him money were abused and swindled, just like the supporters who showed up at the Ellipse and marched to the Capitol to bulk up the mob so that the right wing extremist groups could try to stop the Electoral Count from declaring Biden the winner.

The motive for the Big Lie was partly money but it was also the longshot Hail Mary chance to overturn the election on January 6th with the help of right-wing terrorist extremists and, he hoped, the Department of Justice if he could find an ally which he almost did.

THE NEAR CATASTOPHE AT DOJ

Washington Post breaking news on Tuesday, June 14th is that after Bill Barr left office and Jeff Rosen was put in charge, Rosen was another member of Team Normal and Trump didn’t want to listen to him either.

Jeffrey Clark, however, who also worked at the DOJ as an environmental lawyer, was willing to help Trump lie and cheat to stay in power (join team Crazy) in exchange for becoming the Attorney General. Clark offered his services to Trump with a quid pro quo of getting elevated to AG. Trump was willing to do it but ran afoul of the attorneys in leadership at the Department of Justice.

Trump wanted Clark to have a press conference and tell the world that DOJ was looking into election irregularities. That would have given Trump more credibility in his effort to claim the election was stolen. The optics would have helped Trump. Rosen and other key lawyers at the Department of Justice threatened to quit en masse if Trump tried that ploy. Because of that threat, Trump backed down.

One of the ways we know that Trump’s intention and motive all along was to lie and cheat to stay in power because of what he said before the election. He revealed his coming playbook. He told us in advance what he would do if he lost. “I’m gonna win. If I don’t, it’s because of fraud.”

The fraud we got when he didn’t win was the one he perpetrated on his base and the American people.

The third hearing held on June 16th showed us how perilously close Pence came to losing his life and Trump came to exploding our democracy. That hearing shed light on the shocking perils our country faced with Trump and still faces going forward. Those revelations will be covered in the next Markin Report post.