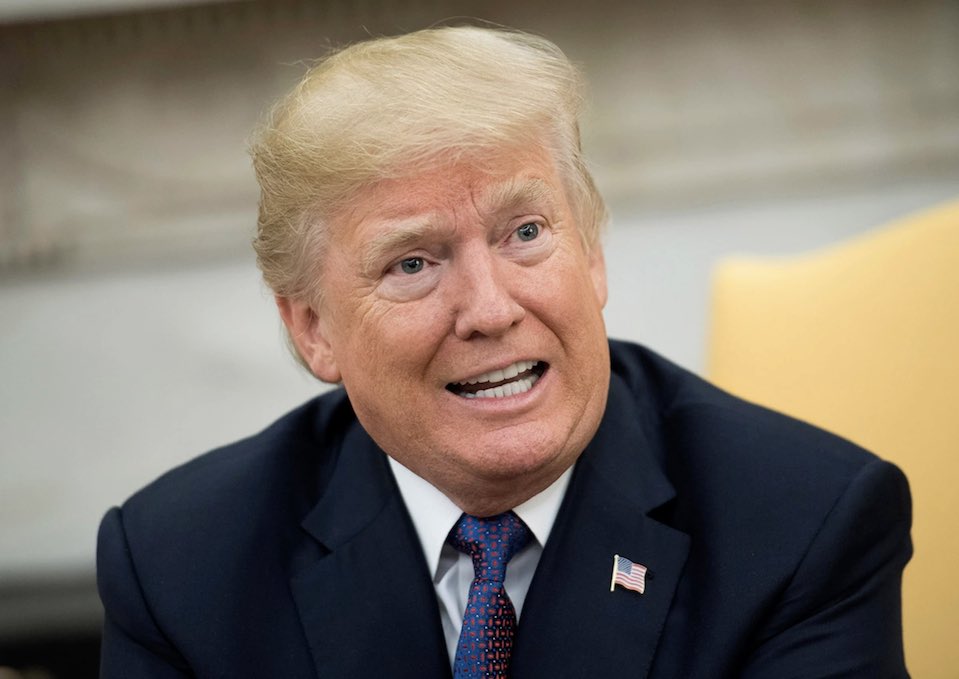 On September 21st Donald Trump had a no good, very bad day.

The 11th Circuit and Letitia James gave Donald Trump a mighty one, two punch. Each punch decreases his ability to win back power in 2024 if he runs for president again.

The 11th Circuit slapped Trump (and Judge Cannon) upside the head with their remarkably fast ruling siding with the government on EVERYTHING and with Trump and Judge Cannon on NOTHING. Letitia James also smacked Donald Trump and his crime family with a massive civil fraud lawsuit that will likely ruin the Trump Organization by requiring it pay back its ill gotten gains: 200 plus instances of fraud, $250 million dollars plus interest, no deals in the real estate world for five years and referrals to SDNY and the IRS to encourage criminal investigations by those agencies. Trump Org is likely going down for the count if James’ recommendations are approved by a judge. Not immediately, mind you. First, there will be appeals and delay. Of course.

Next week a third punch is coming.  Trump is about to be hit upside the head once again by the January 6th Committee. As he gets hit over and over with news of the criminal cases, the DOJ investigations and civil matters as they develop, it will take a toll on his positive ratings especially with Independent voters who are the ones who decide general elections. If and when he is indicted, Trump will try to have another January 6th style insurrection by mobilizing his crazed Q’Anon MAGA followers and right wing white supremacist militias to create mayhem on his behalf. But that will not improve his favorables with the people he needs if he wants to be elected president again- it will further sink his approvals. Trump is facing continued erosion of his brand as a cocky know-it-all all-powerful leader. De Santis or other extremists may start to look even better to the ugly Americans who make up Trump’s deluded base. Today Trump’s approval rating malingers in the 34% range with a 64% unfavorable rating and only 30% approval with Independent voters who really decide election outcomes in the general election.

The Trump is Teflon Phenomenon

Donald Trump has gotten special treatment for his whole life. First, he claimed he was a self-made millionaire real estate mogul when he wasn’t nearly as rich as he claimed to be and was bailed out over and over by his dad, but too few called him out on that. Then he turned celebrity apprentice star and created an image for himself as an American version of a powerful businessman/dictator who told people on the show when they were banished. And then he became president with the help of Vladimir Putin and an overly confident Democratic Party that missed the ball in “fly over” country. Over and over Trump got away with things that other Americans never could.

Of course, the reason he has gotten away with so many travesties is that he was shielded by Republicans who were eager to use his power as president to get power for themselves and benefits for their ultra wealthy funders: tax cuts for the wealthy, right wing judges on the federal bench to protect corporate interests, culture war victories, a border wall instead of a reasonable border policy, the end of women’s reproductive rights to keep evangelicals loyal voters and an undercurrent of threat from white supremacy mixed with militias to keep low information aggrieved white men happy. Next, Trump knows how to talk out of both sides of his mouth as every good crime boss does, which allows him plausible deniability. And third, it takes time for investigations to be carried out when they are done thoroughly, factually, and investigators follow the rules which they must do to have an unbeatable case.

At this point some of these investigations are ripening. Others are just starting, like Trump’s corrupt PAC where he promised donors he would use their money to challenge the 2020 election results and then kept the money for his own personal use.

Trump is going to face his own version of Custer’s Last Stand when it comes to his brand and image impacting his electability. His base will always love him. But they do not have enough votes to elect him.

These two recent heavy punches have come from the NY AG and the 11th Circuit Court of Appeals.

The lawsuit that [Letitia James’] office filed in State Supreme Court alleges that, from 2011 to 2021, the Trump Organization’s financial statements systematically exaggerated the value of at least twenty-three of his properties and other assets—from his Fifth Avenue triplex apartment and his daughter’s penthouse on Park Avenue to his estate in Mar-a-Lago, Florida, and his far-flung network of golf courses. “The number of grossly inflated asset values is staggering, affecting most if not all of the real estate holdings in any given year,” the lawsuit states. It also says that Trump’s alleged deceptions reaped him and his co-defendants financial benefits worth up to an estimated $250 million, and asked the court to force him to repay these gains, plus interest. (John Cassidy– New Yorker)

The decision by U.S. District Judge Aileen Cannon was a hot mess, as we and others detailed when she handed it down, and the grounds for an almost-inevitable appellate court intervention were obvious at the time. That said, the 29-page opinion is important in a number of respects.

For one thing, its unanimity and speed emphasize the fact that Judge Cannon’s interference in the Justice Department’s investigation was a gross impropriety, not a plausible legal position. That two of the panel members were, like Judge Cannon, appointed by President Trump further emphasizes that this is a matter of professionalism, not a matter of ideology or the sort of judicial philosophy that reasonably separates conservative from liberal jurists. [Lawfare]

Perhaps most important is that the 11th Circuit is known to be a very conservative circuit. There were many who feared that Trump’s judicial appointees would side with him as Judge Cannon had. Two of the three 11th Circuit jurists had been hand picked by the Federalist Society as Judge Cannon had been. The difference in the recent decision was their deference to the law instead of to Trump.

This decision by the 11th Circuit court of appeals three judge panel following the law and precedent might help to restore some vestige of faith in the legal system that has been seriously damaged by the Supreme Court. And in fairness to many of Trump’s appointees, “Trump” judges on the federal bench, for the most part, have been fairly administering the law calling balls and strikes as impartial arbiters of justice as judges are supposed to do. The largest concern court watchers have is that the Supreme Court may have either 4 or 5 Christian nationalist extremist judges: Thomas, Alito, Gorsuch, Kavanaugh and possibly Barrett. These 5 justices have shown themselves to be ready, willing, and able to overturn precedent and ignore stare decisis. Case in point was Dobbs. Reliance on “history” took the place of reliance on precedent. And then Alito pushed his version of history down the throats of women across the country.

I will be writing about the next danger for our democracy from the Supreme Court coming this fall, namely, the Independent State Legislative Theory. It could upend our national elections. Stay tuned.

What Could Be Coming: Donny’s Donnybrook

As Trump gets hit again and again he will lose his aura of invulnerability affecting his ability to be elected again. But he will not go quietly into the night. We already know he will incite riots and do his best to create brawls by getting his supporters to rise up and fight for him once he is indicted. Donny’s donnybrooks are coming.

At the House’s pleasure; elected at the beginning of the new Congress by a majority of the representatives-elect, and upon a vacancy during a Congress. The Constitution does not require the speaker to be an incumbent member of the House of Representatives, although every speaker thus far has been.

[O]nce Trump decides that he wants the job, there’s no candidate who can muster enough support among House Republicans to beat him. For House Republicans in solidly red districts, opposing Trump would be an invitation to a primary. Republicans who simply accepted the inarguable results of the 2020 presidential election became an endangered species. Voting against Donald Trump as speaker would be a political death wish. (Steve Israel, The Hill)

If Trump assumed that leadership role just imagine the chaos he could create. He would have his bull horn back again with or without Twitter or his Truth (less) Social platform. And a well placed explosion could take out the president and vice president which would mean Speaker of the House, Donald Trump, would become president Donald Trump.

If that idea keeps you up at night in a cold sweat then you need to VOTE LIKE YOUR LIFE DEPENDS ON IT BECAUSE IT DOES. Don’t naively think Trump and his allies, the militias that support him, and Vladimir Putin have not thought about this idea. Many people thought Roe would never be overturned. They pooh poohed the possibility. And we know what happened with that. We are living in dark times and dealing with millions of frightened people who are being brainwashed and are deeply distrusting and fearful these days thanks to social media and conservative media like Fox News and other outlets not to mention the constant fear mongering from Trump and others like him.

What is the antidote for this possible nightmare? Simple. MAKE SURE DEMOCRATS KEEP CONTROL OF THE HOUSE. We need to get out the vote for Democrats trying to keep their seats and also work to grow the majority in the House. All of us should do whatever we can do to make sure Democrats keep the House and Senate in the midterm elections.