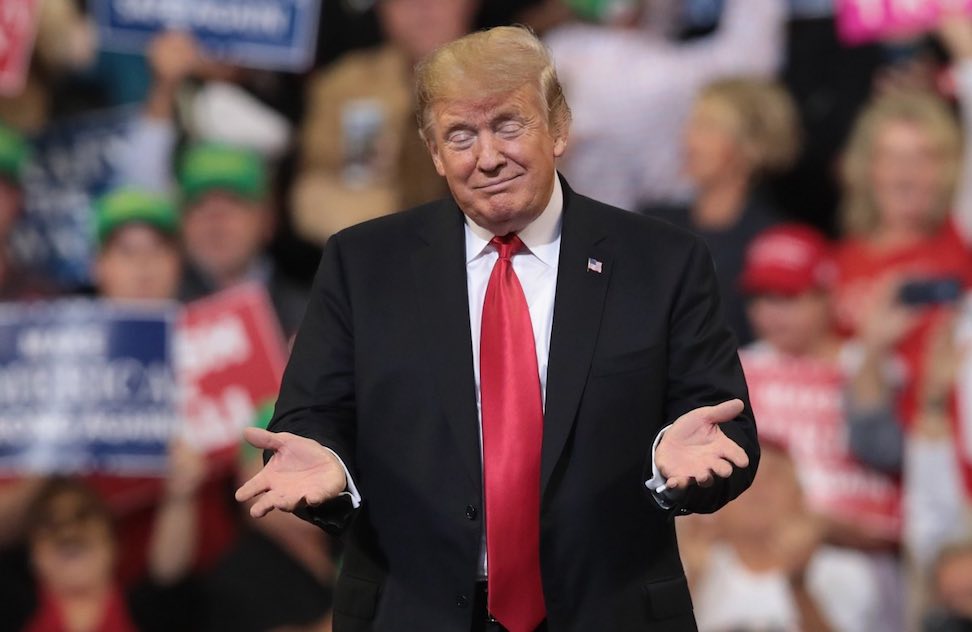 Republican election denialists are on the ballot across the country.

Out of 552 total Republican nominees running for office, we found 201 who FULLY DENIED the legitimacy of the 2020 election. These candidates either clearly stated that the election was stolen from Trump or took legal action to overturn the results, such as voting not to certify election results or joining lawsuits that sought to overturn the election.

Moreover, an additional 61 candidates RAISED QUESTIONS around the results of the 2020 election. These candidates haven’t gone so far as to say explicitly that the election was stolen or take legal action to overturn it. However, they haven’t said the election was legitimate either. In fact, they have raised doubts about potential fraud. [Five Thirty Eight]

Election denialists are running for office as attorneys general, governors, secretaries of state, and running to oversee the election administration including the count. This is the direct result of the Trump/Republican playbook to get political power in any way they can including cheating to “win”. Trump and other election denialists know Trump lost in 2020 but they pretend not to know so they can be elected in the primary when the most engaged voters show up to vote – in the Republican Party that means the MAGAs. Trump pumps up his base over and over and over again with these false claims which are echoed by his army of Trump mini-mes and conservative media.

Many current Republican election denialist candidates predict that if they lose it will be because their election was stolen. In this way they are pre-rigging the system and gaming the outcome to favor themselves no matter what. Heads we win. Tails we win.

Trump and Republicans are going to play dirty in 2022 and 2024.  We can see it coming. They will claim their elections were stolen and they will be right.

But they will be the ones who stole it.

The Threat Level is High and It Is Real

The biggest Democratic supporters are currently way too focused on the big ticket national races as often happens with the Democrats. But it’s the state races that matter the most if Democrats want to thwart the Republican cheat-to-win playbook in the coming elections.

While Democratic candidates in top U.S. House and Senate races are flush with cash in the run-up to November, a number of those running for key state legislative and statewide posts aren’t nearly as well-heeled. At the statehouse level, the Republican State Leadership Committee, which mainly works to elect GOP state lawmakers, has spent nearly twice as much in the current election cycle as its Democratic counterpart, the Democratic Legislative Campaign Committee, according to the Center for Political Accountability. (Politico)

Democratic supporters are getting the picture but they are late to the game. A good example is Arizona.

Arizona, a pivotal swing state and presidential battleground, is a case in point. Democratic Sen. Mark Kelly is flush with cash in his reelection bid — he’s raised more than $52 million to date, including $13.6 million in the most recent financial quarter.

But Democratic supporters have been slow to dig into their pockets for Arizona’s secretary of state race, where the GOP nominee is Mark Finchem, a state legislator who has claimed repeatedly and without evidence that the 2020 election was tainted by fraud, and who says he would not have certified the election for Biden. Through mid-August, Finchem pulled in $1.2 million, compared to roughly $700,000 for Democrat Adrian Fontes, according to a report compiled for POLITICO by the nonpartisan Center for Responsive Politics. (Politico)

In June there was a meeting of 40 or so of the top mega donors in the Democratic Party.

The gathering marked the first major meeting of the “Paul Revere Project,” an initiative led by Third Way and self-described moderate Democrats that’s named after the 1775 midnight rider who warned American colonists the British were advancing.

The “plot,” according to the slide presentation, includes suppressing votes, installing “vote counters” loyal to Trump who falsely believe the last election was fraudulent, threatening elections officials, gaining control of state legislatures by “election deniers” and “sabotaging” the Electoral College.

Several attendees described the meeting as a sobering call to action for party “influencers” to convince more citizens, party elite and corporate America that they need to take a “presidential campaign approach” to protecting democracy, including elevating local officials through support for nonpartisan elections administration and a shift to prioritizing more financial aid to campaigns of state and local officials in several swing states.

We Can Help Make a Difference

Those of us who care about preserving our democracy can make a difference by helping groups that work with candidates to win their state races. The two groups to review are 1) the Democratic Legislative Campaign Committee and 2) The States Project. These groups helps state candidates win their races by supporting them to get their messages out to voters.

The most important races in 2022 are our state races but some states are more important than others. There are state legislatures in purple states where the state legislatures could actually flip from red to blue if Democrats win just a few more seats in one or both state chambers.  They include Michigan, Arizona, and Pennsylvania: three key battleground states.

If Democrats could win these state races the denialists could be defeated which will go a long way to beating back Trump and Trumpism. Denialists need to lose and lose and lose again to get the message that the majority doesn’t buy what they are selling. Until they learn they are wrong in their approach they will keep trying to cheat to win elections. Most Americans don’t want a party that cheats to win elections. That does not appeal to average Americans. Trump’s appeal is dropping in contrast to Biden’s approval. His approval rating reflects that Trump is losing support more widely in America.

Real Americans want to win fair and square and if they lose they want to learn what to do to do better and appeal to more people. That’s how it works in the sports world and that’s how it should work in the political world too. But it is NOT what this Republican Party is all about these days with Trump leading the party.

As a minority party, fearful of the browning of America, Republicans think they can only win by cheating.  They are wrong. Instead, they have to appeal to more Americans who are different from “them”. (Especially you older white low education men, I am looking at you.) They have to become more accepting and tolerant of the rising tide of black and brown Americans who will be their co-workers and neighbors. Full stop. Get over it, you guys.