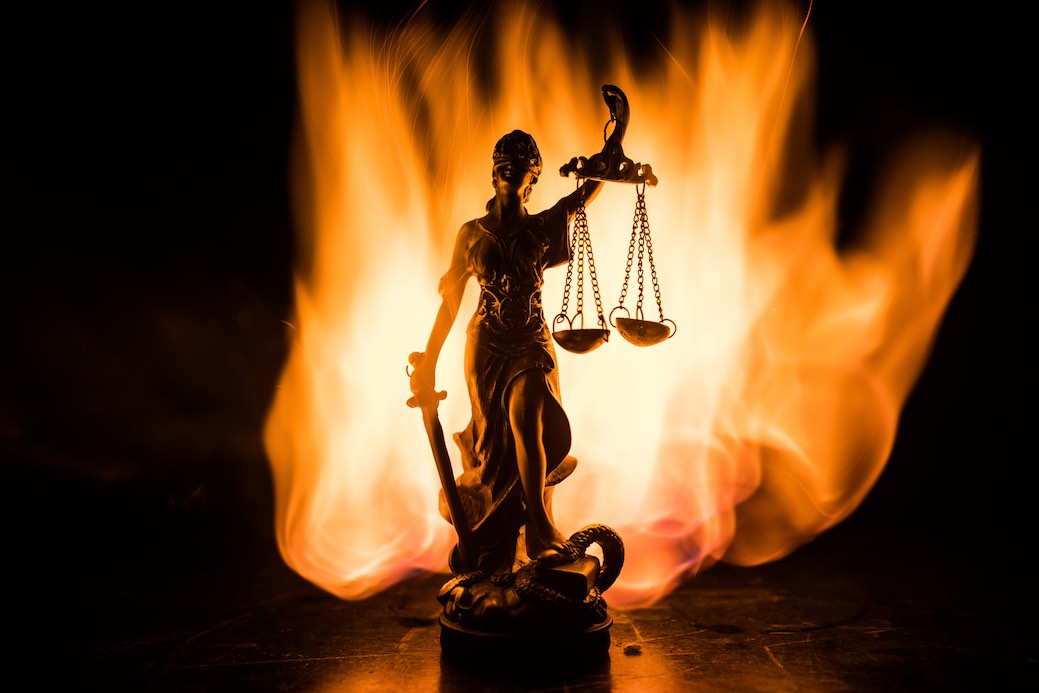 https://www.mobilize.us/mobilize/event/545037/
What could be the most consequential case for our democracy in our country’s history will be argued before the Supreme Court Wednesday morning, December 7th. The case is Moore v Harper.  The case involves the Independent State Legislative Theory (now being called a doctrine) which the Supreme Court may adopt. The Court could grant state houses nearly total unchecked power to gerrymander and rewrite the rules governing national elections.
If ISL is adopted it could empower states to subvert the will of the voters and enact laws that would make the John Eastman playbook acceptable law in states that choose to adopt it. This sea change in the law could grant extraordinary power to state houses without review by state courts, governors, AGs or secretaries of state. State houses could even ignore their own state constitutions if ISL were to be adopted. The sole power to review politically self-serving state legislature gerrymander rules and state legislature rules governing national elections could become the Supreme Court. This was not the intention of the founding fathers. Not by a long shot. They built in layers of checks and balances into our system to insure fairness. They never intended state legislatures to have a blank check when it comes to electing our president.
Remember Judge Luttig? He is the well respected conservative judge who told Mike Pence, who was under pressure by Trump to certify alternate slates of electors, that he did not have the power to overturn the will of the voters by accepting the false slates of electors being submitted by Republican state legislatures on January 6th. If the Supreme Court adopts the ISL theory, however, the John Eastman playbook could essentially become accepted law. This would affect purple states (swing states) the most. States could have total power to gerrymander to their heart’s content. State houses that do not like the way voters voted for president could claim that there was election fraud (with or without evidence of fraud) and submit their own slate of electors to the Electoral College.
The ISLT requires a conscious misreading of the election clause of the constitution and a conscious, and cynical misreading of our constitutional history. If this idea is adopted by the Court, overnight our country could cease to be a representational democracy. Politicians could be empowered to pick the winner of presidential elections instead of the voters. Much would depend on which state houses are Republican led. (This is why the work of the States Project has been so important along with other groups including 314 Action and Democratic groups under the DNC umbrella that worked extremely hard to flip state legislative chambers red to blue in this past election.)
I believe that only the Republican-led state houses would change their state laws to allow the John Eastman playbook to become their governing law for national elections because to do so is anti-democratic: It subverts the will of the voters.
When it comes to rampant gerrymandering, however, I think it is likely that both red and blue states would want to enshrine their power by drawing the lines of districts in ways that would allow them to stay in power in their states “forever”. But whether it is a red or blue state, that would be a travesty and would threaten our democracy.  Bedrock principles of checks and balances are being challenged and are at stake. This decision could be monumental.
Thomas, Alito, and Gorsuch have signaled that they like the ISL theory. Kavanaugh is ISL “curious”. And Amy Coney Barrett’s position is not known. She could be the key vote in terms of how broadly or narrowly the Court rules in Moore v Harper.
The case will be argued Wednesday. Neal Katyal, who you may have seen on MSNBC, will be one of the three attorneys arguing against the adoption of this theory. Katyal says the case against ISL is very strong and has been joined by what he termed “massive Republican support for our side.”
However, there is great concern that the Court decided to hear this case at all. Here is why: If the Supreme Court  enshrines this fringe theory it could create a glidepath for a Republican dictator like Trump, De Santis, or some other Republican to be the next president based on the will of Republican led state houses (there are more of them currently and they might have an easy path to 270 in the Electoral College) instead of the will of the people. There is speculation that the most recent appointees to the court–Barrett, Kavanaugh, and Gorsuch are aligned with Thomas and Alito as Christian Nationalists who want the United States to be a Christian nation more than a representational democracy and would be willing to ignore precedent and rewrite history as they did with Dobbs to set up that potential outcome.
Although the oral argument is Wednesday, the decision will not be issued until the spring. However, listening to the arguments is a good way to learn what the decision is likely to be. Listen especially hard to the comments and concerns voiced by Kavanaugh and Barrett.
This was and is the case Judge Luttig worried about when it comes to preserving our democracy. You can sign up to listen to the oral argument by using this link: