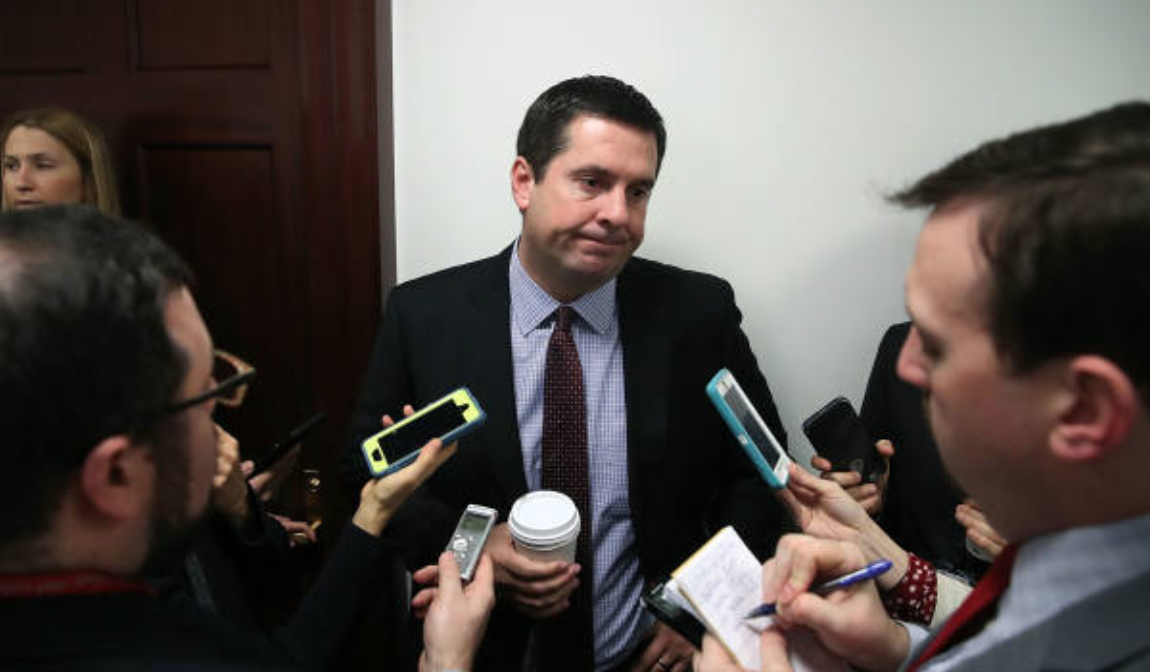 Trump, Guiliani, and a number of House Republicans led by Devin Nunes and others on the House Intelligence committee are weaponizing the use of an informant by the FBI against the FBI.  This informant was enlisted to try to protect the Trump campaign from what looked to be Russian interference in our election.  The Trump/Guiliani cabal are claiming the informant was spying ON the campaign.  What does this tell us?  It makes it even more likely that Trump was a willing player in a high stakes game of Russian interference in our election.  It makes it even more likely that Trump, who knows what he did, is terrified that the truth will come out.  Namely, he is the Manchurian candidate who has become the Manchurian president. If he were innocent he would want to know what the Russians were up to by trying to infiltrate his campaign.  If Trump were innocent why would he send Rudy Guiliani running feverishly from cable news show to cable news show to throw shade on the FBI and DOJ every chance he can get?  Guiliani is a man is on a mission to discredit the organizations that are going to deliver the truth to the American people.  Guiliani is putting Trump’s defense out there even before the case-in-chief goes in.   These guys are waging a huge disinformation campaign that Americans who watch Fox News are getting marinated in every day, over and over.  Like pickles in brine, these Americans are going to be unable to recognize the truth when it comes out.  We should all be concerned about that.

And there is more to be concerned about.  House Republicans are gearing up to put more pressure on the DOJ.   These guys might get the award for most despicable people on the planet- are they vying for first place with James Bond villains working for SPECTRE?  because they are crushing it!  We have Devin Nunes and his crew of corrupt congressional buddies trying to tell the American people that the FBI should cough up the identity of the man who worked as an informant for them.  Let’s understand here that informants are chosen to help the FBI because they are not likely to be suspected by the bad guys, in this case, the Russians, who were trying to infiltrate the campaign.  Confidential informants are in very tenuous, often extremely dangerous situations.  If the Russians find out the identity of a confidential informant he might be killed.  We have seen how Russians behave when they want to get rid of spies.  If he is killed or even if he is outted that would act as a cautionary tale, a warning, to others who might cooperate with the FBI in other matters.  Is this what Trump, Guiliani, Nunes and others have as a goal?  What are we to think?  They know better than to try to expose a confidential informant.

We have to believe that people like Devin Nunes are fully aware and responsible for their actions.  If we assume that, then it is not a bridge too far to conclude that these Republicans are willing or unconcerned with the fate of this informant.  If we assume that Trump is totally in bed with the Russians, (and every day we seem to get more information that makes that conclusion reasonable if not inevitable) the best defense to Mueller’s coming factual report to Congress is to go on the offensive with a big disinformation campaign.  And that is exactly what is happening with Trump, Guiliani, Nunes, Mark Meadows, Hannity, and other actors in this dangerous game in which I believe they themselves may eventually be charged as co-conspirators after the fact.

We have is a country with two understandings of the truth that are radically different thanks to Fox News and other sources of disinformation including Sinclair News and others.  We have the coming factual truth based on evidence that will be revealed from the Mueller investigation, Cohen investigation and Stormy Daniels as well as other civil suits such as the emoluments violation law suits and more and more women with their NDAs.  We currently get glimpses of the factual truth that is coming because of some remarkable journalism and some equally remarkable whistle-blowing from leakers inside the White House and other places.  But we only get glimpses.  Someone described the Mueller investigation like a submarine.  It surfaces briefly to deliver indictments and educate us about the conspiracy that went on with the Russians and others in concert with the Trump Campaign, and then it re-submerges again.  Once it submerges we are mainly in the dark; we cannot see what is going on under water with these investigations.  We are not getting the full truth yet: no “hearty  meal” here, only some puny appetizers.  Into this void, Trump and his gang are wasting no time to fill the space by shouting out his coming defense to the wrongdoing we are going to be learning about and which we can assume Trump already knows about because he DID IT.  Cries of “witch hunt” and “entrapment” are typical defenses to slam dunk cases in federal court.  Normally in a criminal federal trial situation, the case-in-chief goes in with testimony, documents and factual evidence from the prosecutor, next, the defendants’ attorneys put in their defense through witnesses, cross examination and documents, if they have them.  The prosecutor gets the opportunity for rebuttal.

What we are seeing right now in plain view is Trump’s defense.  But we haven’t yet seen the case in chief!  Out of the box like a race horse, sprinting for the finish line we are getting Trump’s defense.  There is no other horse nearby to challenge this horse yet, unless maybe you count Michael Avenatti.  The Trump/Guiliani horse is relatively unopposed right now.  And their twisted interpretation of reality is all over Fox News tainting the jury pool to the best of their ability.

Eventually the truth is going to come out.  And when it does, it is going to come smack up against the lies that Trump and his gang from SPECTRE have been disseminating to us and repeating over and over and over again.  Is it true that if you say something many times people will come to believe it?  Given our tribal politics we can expect the Fox News audience to believe the disinformation campaign.  We can expect the MSNBC and CNN watchers to side with the DOJ, FBI and Mueller.  We can hope that people who are not into tribal politics will listen to the truth and recognize it.  What will this mean for our country?  Will this ignite our second civil war?

I think the timing of Mueller’s report will matter.  If Mueller comes out with his report before the 2018 election when we still have a fully Republican-led Congress, the ball would be in the Republican’s court.  Republicans would have the opportunity to do the right thing.  If I were Mueller I would try for that scenario.  Because if the 2018 election brings us a Democratic-led House, that will play right into the disinformation campaign currently being waged by Trump and Guiliani that the Democrats are attacking Trump for political reasons and the DOJ and FBI are their lap dogs.  Republicans could continue to cower in the corner as they are mostly doing now- not picking sides, not standing up to Trump and not defending our democracy.

If I were Mueller I would issue indictments for the conspiracies that have been identified and have Trump named in the indictment as an “unindicted co-conspirator.”  That way, Mueller could obey the DOJ rule that a sitting president cannot be indicted, but the truth would come out to the public with the kind of granular detail in the indictment that we have seen in his other indictments and guilty pleas.  The Republican Congress would have the opportunity to get on the right side of history.  Or not.  Mueller would also preserve the right to indict Trump once he leaves office if he uses this strategy.  If Mueller is already planning to name Trump as an unindicted co-conspirator, it might account for his willingness to tell Guiliani that Trump is not going to be indicted-if in fact he did say that.

Once the truth comes out about Trump it would be a turning point that would force the Republicans to stand up for democracy and the rule of law, or be exposed as traitors.  Either they are Americans who believe in our democracy and want to see it continue, or they are apologists for a would-be dictator who flaunts the law.  I want Republicans to be forced to choose- will it be alternate reality or the truth, fake news or the law and evidence?   Our country’s future will depend on that answer.  And so will the future of the Republican Party.