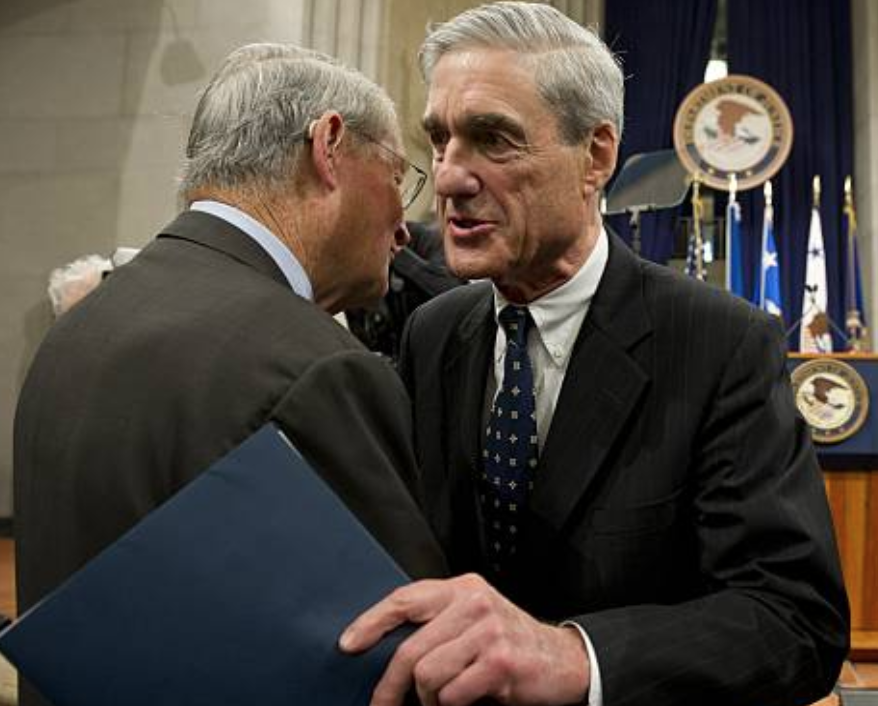 The New York Times just made public a twenty-page memo that the Trump legal team sent to Mueller in January of this year.   In that memo Trump’s legal team makes a number of arguments that Laurence Tribe has said would not pass muster if it were written by a first-year law student.  Why?  Because it is so wrong on the law.

Trump’s legal team’s arguments liken him to a king who is asserting he is above the law.  Even if the president has extensive powers, this memo misses the key point that in our democracy no man, not even a president, is above the law.  If a president engages in acts that are within his power as president, but does so with corrupt intent, he can be found to have violated the law.  The powers of the president of the United States are subject to being judged based on whether there is evidence of this sort of corrupt motive.  For example, giving a pardon is totally within the broad powers of a president, but if he gives pardons to protect himself or his allies or family to avoid prosecution for a crime, or to signal potential witnesses against him not to cooperate with the prosecutor, that would be taking a valid power but executing it with a corrupt intent.  That evidence could add to evidence already being complied in an obstruction of justice case.  Corruption is the key element that changes the dynamic.

Laurence Tribe who is a highly respected constitutional law scholar and Harvard law professor and who taught Obama, as well as Chief Justice John Roberts, put it very well when he said, “The president is Commander-In-Chief of the military, but not of the country.” The whole point of the Revolution was that our country rejected having a king.  A sitting president can be forced to testify in a civil case as Clinton had to.  And when it comes to a far more important matter, a criminal matter, possible conspiracy with a known foreign adversary to influence an election where some of the president’s allies have already pleaded  guilty to crimes and more indictments are probably coming, that is a far more important matter than a civil case.  Tribe predicted that if Trump takes these arguments up before the Supreme Court, he will suffer a resounding slap down.

This memo is a public relations effort more than a well-reasoned legal memo. Even some of the language such as “astounding public revelation” point to the lack of legal scholarship in this document and make it more likely that Trump and his PR team wrote much of it.

Another interesting aspect of the memo is that Trump confesses that he was the one who penned the statement issued by the White House that was supposed to be Donald Trump Jr’s statement about the meeting with Russians in Trump Tower.  Remember that?  Remember how Trump took charge on Air Force One and some reporters alleged that he wrote up the misleading statement about the meeting being about adoptions not about getting dirt on Hillary?  And Jay Sekulow, Trump’s lawyer, ran from one cable news show to another vowing that Trump had not written this letter and that allegations to the contrary were “fake news”?  And then when it began to come out that Trump had been involved in writing the letter, we learned that Hope Hicks said something like “don’t worry because people won’t ever read these emails?”  Well, in this twenty-page memo, Trump cops to the fact that he wrote it.  He fesses up that he did dictate that misleading memo.  But, his team argues, no harm no foul because it is not a crime to lie to the press.  Another nice try.  This is more evidence of obstruction of justice, you guys.  No matter if it is fair game to lie to the press.  That is not the point here.

This twenty-page memo was written by Trump’s team and most likely leaked by them for the public relations impact it could have on a weary public that is overwhelmed by the constant breaking news and difficulty understanding the twists and turns happening in the Mueller probe especially in light of the noise we get every day from crazy-eyed Rudy Guiliani.  Most Americans have, I think, given up trying to follow what the heck is going on.  But the big take away here is that Trump’s legal team is sub-par, to put it nicely.  My guess is that the reason they are sub-par is that Trump is calling the shots.  He might be great at branding and being a mean girl, but he is wrong on the law.