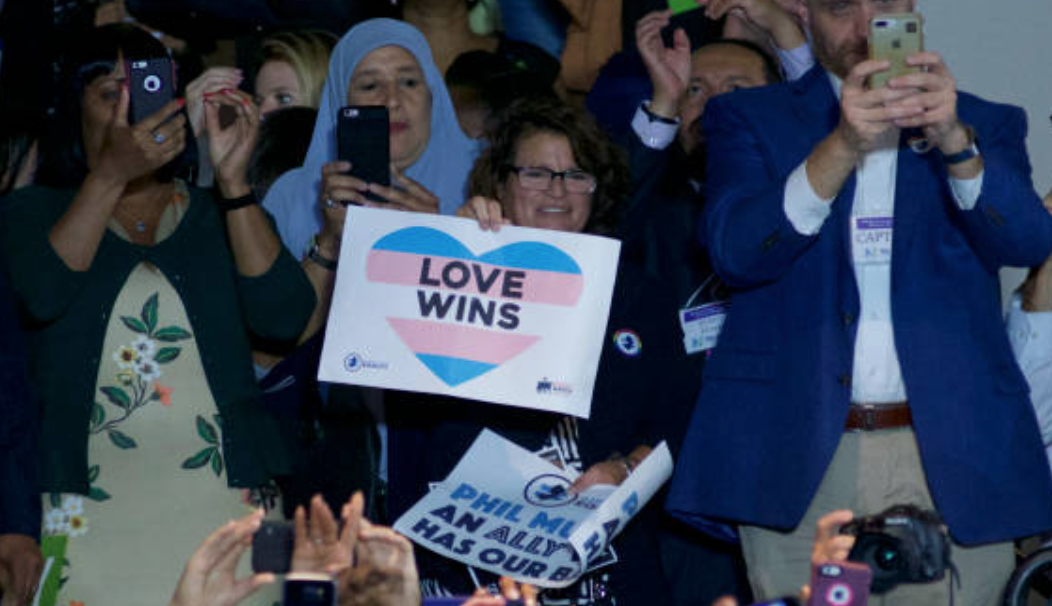 It’s nice to know that Democrats are actually doing something right as we approach the mid-terms. The Dems are running good people, engaging in “voter therapy” (listening to the voters express their needs and fears), focusing on economic messages not Trump hate, and taking a big tent approach to their party. This is the winning strategy that has boosted Doug Jones, Conor Lamb and Stacey Abrams to victories.

I hear concern about the blue wave faltering because of Trump’s ascending approval ratings – now positively soaring into the low 40% range (sorry, I couldn’t help myself from being snarky). The concern is that an improvement in Trump’s approvals might embolden his base and suppress votes for Democrats. The blue wave might turn out to be nothing more than a feeble splash in the pan. With the mid-terms 6 months away and breaking news that roils our world every day, much could happen that would change the current picture. Mueller might come out with his report to Congress which Rudy Guiliani just confessed will be a referendum on whether to impeach or not impeach this president. There could be the beginning of a Korean peace process and Trump could be rocketing on his way to a Noble Prize or bringing us ever closer to the next nuclear holocaust. Michael Cohen might agree to help the feds and tell them everything he knows plunging Trump into a morass of even greater paranoia and conspiracy theories. Stormy Daniels’ attorney, Michael Avenatti, might drop another bombshell in which we learn that Trump paid some woman he had an affair with to get an abortion which could cause a portion of Trump’s rock solid coalition of Evangelicals to break away from him. Who knows. Much could happen between now and the mid-terms. But if the Dems can keep plugging away at their populist message and work to actually educate the electorate about what Dems stand for, I think that no matter what the news of the day may be, the Dems will be well positioned to get a lot of good people elected to the House, maybe enough to gain control of the speaker of the house job and leadership of the committees, which would be a sufficient blue wave to create a check on Trump and alter the dynamics in Washington. Which is what we need to sleep better at night.

What the Dems actually stand for and believe in is that basic populist, agenda that Donald Trump wrapped himself in to win the presidency. 1) Affordable health care. 2) Paid for by the wealthy- corporations and the 1%. 3) A way forward to be able to achieve the American dream which includes education and other supports for American families. Clearly Trump and the Republicans did not deliver on those promises. In fact they did what they could to deprive Americans of their health care and the tax bill has become an albatross for Republicans instead of a rallying cry since it is creating buy backs instead of more jobs and higher wages for workers. For the Dems the overarching message of the party needs to be a consistent economic.one that puts the American people front and center. That is the message we see across the board as we watch these special elections and primaries take shape that have favored Democrats. The candidates focus less on the social issues to avoid food fights over such things as abortion rights (although they state their positions clearly even with these social issues).  Instead, they reapeat clear talking points that have an economic focus. I think they will also be adding the issue of corruption as a talking point. This administration is horribly, openly and shockingly corrupt. It is overtly all about pay to play in DC now that Trump is there.  Drain the swamp was another part of the con job voters got with this guy.

The majority of Americans are annoyed about Trump’s constant tweeting and all the chaos and self-aggrandizement. The majority of Americans are suffering from Trump fatigue. Wouldn’t it be nice to have a government that served the needs of the people and that we could rely on to do their jobs without being corrupt? I mean, wouldn’t that be a lovely state of affairs? What a relief! Government that worked well.

I think our country is ready for competent government instead of crazytown. And I think the Dems have figured that out and are putting one foot in front of the other on their way to 2018. There is still a lot of work to do. Complacency is not the right mindset. But the way forward is clear and all of us can help. We need to- 1) Register people across the spectrum to vote including high school seniors and college students. 2) Knock on doors to do voter therapy and help voters know what the candidates stand for and promise to do. 3) Get out the vote. 4) Support candidates to the extent you can with small dollar donations. There is much to be hopeful about this Memorial Day.

About this article
Opinion | Democrats Are Running a Smart, Populist Campaign
The divide between the party’s left and its center is a lot smaller than it looks.
NYTIMES.COM