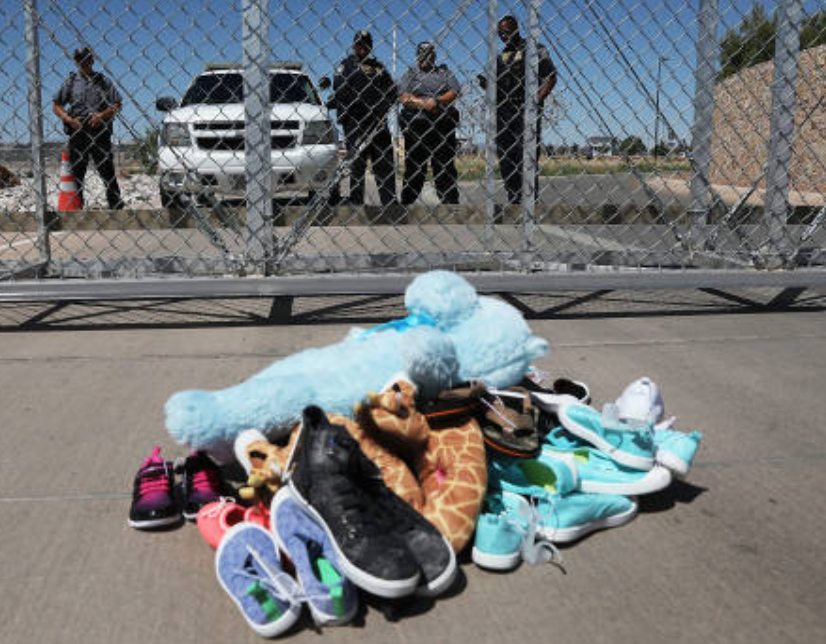 Department of Homeland Security is taking refugee children away from their guardians or parents at the border. some of these children are as young as 2 years old or younger.  The reason given for this inhumane treatment is that the adults are processed as if they are criminals and children cannot be housed in those kinds of holding pens.  This cruel directive was announced on -you guessed it- Mother’s Day!  To make matters worse, it has recently been revealed that some 1500 children have been “lost” in the system.  These were apparently unaccompanied minor children who made the journey to our border without a parent or guardian.  Once they entered the country they were placed in a system that is poorly administered and where children routinely fall off the radar screen.   The ACLU has gotten involved in the effort to right this wrong.  I think some of these actions by DHS or HHS may be a violation of International Law as well.

Another reason given for taking these children away is that there are some people trying to enter the country using proxy children who are not their own.  Obviously the way to fix this problem is not to remove them from the the adults who brought them to the border and who may well be their parents or friends or relatives of the parents, but to engage in an inquiry to find out where the parents are or if these children are with their true parents.

The real reason for this vicious directive is that Trump is feeding red meat to his base and playing to the grievances of his base who have been whipped up by his lies that their unhappiness is the direct result of the browning of America and immigrants who are supposedly rapists and murderers.  They see this as “get back” time.  Sick.   John Kelly and Steven Smith are behind this order as well as Trump, of course.  Kirstjen Nielsen, who is the head of Homeland Security, got yelled at for half an hour by Trump because she did not close the border down securely enough.  She seems to have lost her way as a result of that verbal assault.  When asked whether she was aware of the Senate Intelligence Committee determination that the Russians did in fact interfere in the 2016 election to help Trump, she claimed she had no knowledge of that.

I want to know who will school Trump?  Who will stand up to him?  There seem to be no Republicans with any guts at all.  Even the guys leaving town like Jeff Flake can talk a good game at the Harvard Law School Commencement but what is he actually doing when he is in Washington?  Why can’t he rally some moderates to work with Democrats and push back against this monster?  What happens to him when he gets back to DC?  He goes silent.  The strongest voices out there are Tom Steyer and a lot of late night talk show hosts along with an occasional Saturday Night Live skit.  Really?  Really?  Is that all we have against the Trump disinformation campaign brought to us daily by crazy-eyed Rudy Guiliani and the rest of Trump’s clown car team?

If you are sickened by the fact that our country is engaging in this travesty, please take action.  Go to https://www.facebook.com/hashtag/wherearethemissingchildren?source=feed_text

and follow the very clear directions on that site.  It will walk you through the steps you can take which include: