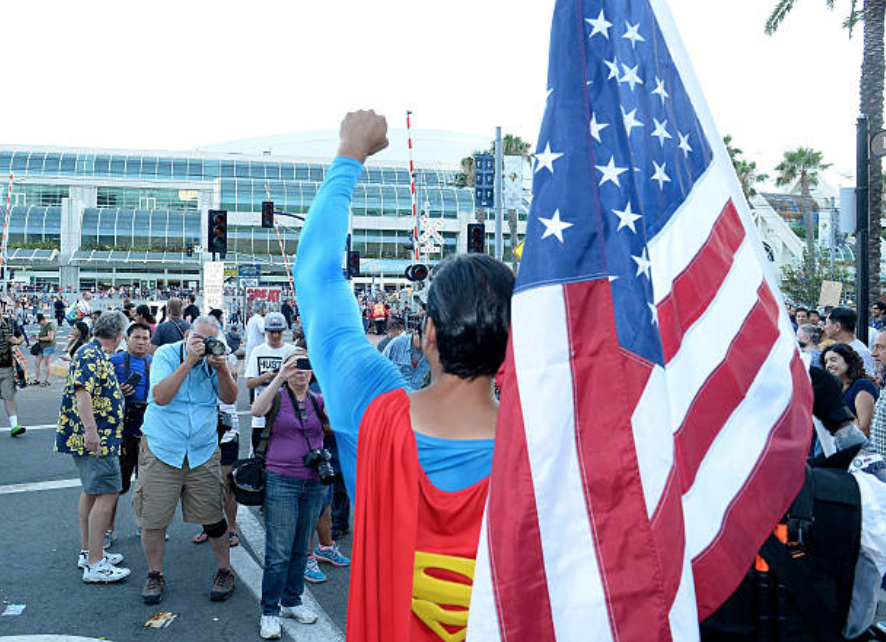 Michael Cohen has a new attorney.  His lawyer, Guy Petrillo, used to work in the US Attorney’s Office in the Southern District of New York: that same team of attorneys and FBI agents in the corruption division  that are investigating Cohen for bank fraud and campaign finance violations.  His choice of new attorney was the first sign that Michael Cohen had decided to “flip”.  Working with a lawyer who knows the people in the SDNY group eases the way to a proffer of evidence and guilty plea in exchange for reduced sentence.

And now we have more evidence that he will “flip”.  Cohen has had a strategic interview with George Stephanopoulous on GMA in which he says he is putting family and country over Trump.  “To be clear, my wife, my daughter and my son, and this country have my first loyalty.”

Trump must be very afraid.

When Trump gets scared, we get Republican Trump enablers like Trey Gowdy and Jim Johnson berating and castigating Rod Rosenstein (who is overseeing the Mueller probe and who will also be seen by history as a hero some day) demanding that the DOJ turn over evidence that by law the DOJ is not permitted to turn over.  These guys are trying to box Rosenstein in.  They are giving him an impossible command that he cannot fulfill.  They are trying to create a set up so that Trump can fire him if Trump wants to.  They are also putting on a show to please Trump and help Trump calm down in the face of this slow-moving advancing train wreck as Trump’s illegalities start to catch up to him.

Trump must be very afraid.  Cohen alone could probably bring him down but there are others with inside information who are also cooperating.  Once Cohen flips the investigators will not only have his testimony but also the testimony of Flynn, Papadopolous, Gates, and a number of others who were players in Russiagate.  Manafort sits in jail at this point.  Maybe someday he too will get on the right side of history.  Even without Manafort, the Mueller team has expansive access to the truth of what happened in the run up to the 2016 election.  By now, the Mueller team knows what happened even if we don’t.

When will we learn more?  Mueller’s first report on obstruction will either come out this summer, in August or possibly early September, or Mueller will wait until after the election because, unlike Trump and certain Republicans, Mueller abides by rules and norms.  It is not okay to come out with a blockbuster piece of news too close to an election.  James Comey blew it when he slammed Hillary Clinton before the election, tipping the result in Trump’s favor.  Mueller will not do that.

It is hard to wait for the wheels of justice.  They move more slowly than we would like.  But the reason is that unlike fake news and fantasyland, it takes time to get at the truth and corroborate the truth.  Normally a prosecutor needs to gather proof beyond a reasonable doubt when organizing a winning federal case.  But this is a case like no other.  When you put together a case against the president, you need proof that goes beyond proof beyond a reasonable doubt.  You need to understand justification and motivation.  You need to understand how your witnesses corroborate the paper evidence and each other.  This is a huge case.  It is huge in terms of quantity of evidence and in terms of implications.  Mueller has one chance to get it right.  That’s why we must wait so long.

The good news is that the signs are there that we will learn the truth about Trump and what happened to us in the run up to the presidential election.  Michael Cohen will provide much of the inside story about what went on.  He has found his voice.  “I will not be a punching bag as part of anyone’s defense strategy.  I am not the villain of this story, and I will not allow others to try to depict me that way.”

Thank you, Michael Cohen.  We know who the villain is.  Thank you for finding your voice, for standing up for our country and for being our future Superman.