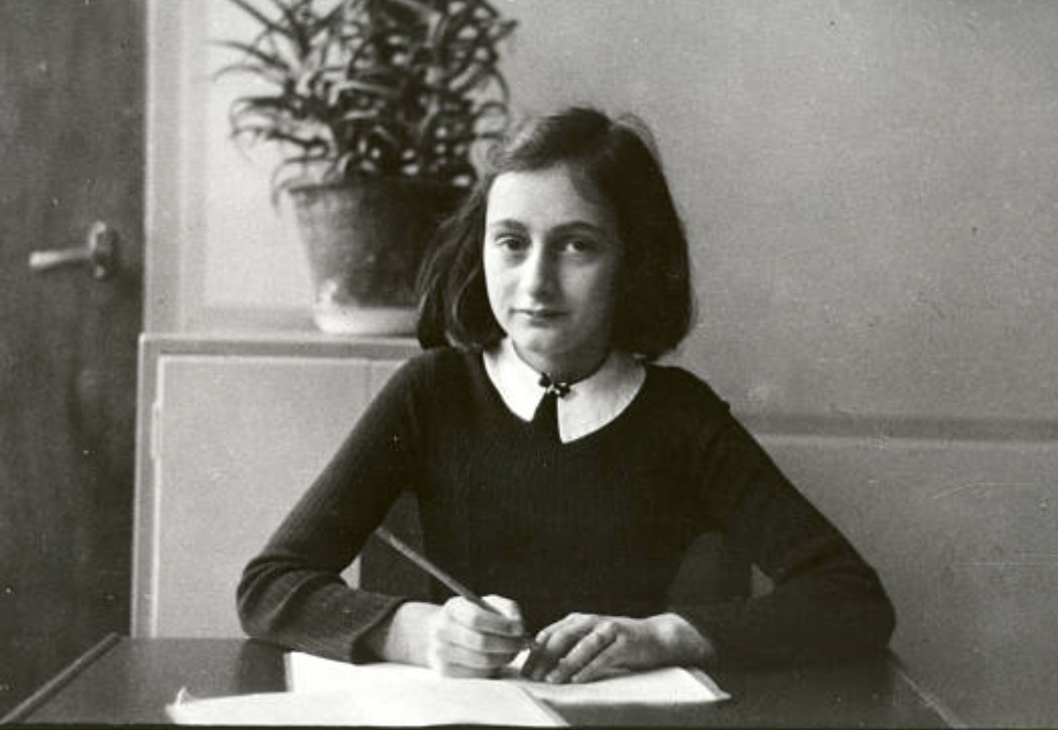 Hiding out with her family in an attic to avoid being sent to a concentration camp, Anne Frank wrote in her diary, “In spite of everything I still believe that people are really good at heart.”  Those words of hope have inspired millions of people and continue to inspire people today.  They are especially poignant given the derisive, mocking, mean-spirited, dark energy coming out of Trump’s Twitter feed and his mouth at his recent rally.

Trump went to Great Falls, Montana on Thursday, the 5th of July to deliver yet another one of his many campaign style rallies replete with jabs at a dying Senator, John McCain, and jabs at a dying former president, George H.W. Bush.  There were mean and nasty jokes about the #MeToo movement and Elizabeth Warren.  About Bush, Trump mocked his 1,000 points of light statement made about the value of service to others.

Trump’s comment?  “’Thousands points of light’ What the hell was that, by the way?”

A man without empathy would never understand the idea of a thousand points of light–of the way small goodness can generate greater good, the way people helping people across the world brings a flood of positivity that heals and nurtures us.

Anne Frank also wrote this as if she were talking to Trump and his followers:  “Human greatness does not lie in wealth or power, but in character and goodness.”

I work with hundreds and hundreds of clients in my career counseling practice.  I help people figure out the right career direction for themselves.  In the process of doing that, we do a work history and personal history.  I have heard thousands of stories of people’s lives and heard about their dreams for themselves and their futures.  One theme that is ever present is the yearning for a life that has meaning and purpose.

Almost everyone wants a life with a mission that makes the world a better place.  Sometimes they express this wish sheepishly.  Sometimes they say it with hope.  But one thing is universal, most people feel deeply and personally fulfilled by being good to others, helping others and trying to make the world a better place.  It is personally deeply fulfilling.  It is basic to human nature to enjoy giving to others.  In giving to others you get back empathetic pleasure from the happiness you generate.

When a Guatemalan mother is re-united with her child because of the efforts of many people to make that happen, a normal human being experiences a sense of shared happiness.  That is empathy.  We feel uplifted.  Research has shown that when we do something as simple as exchanging pleasantries with other people in an elevator, we feel more enlivened.  Even newborn babies in a nursery with other babies will cry when the other babies start to cry.  I think empathy is deeply embedded in human nature.

I believe that most Americans do care about others.  They reject and are appalled by Trump’s Zero Tolerance border policy that separates children from their parents, warehouses people, particularly young people, in internment camps.  69% of Americans oppose his border policy.  They are appalled by Trump’s comments denigrating McCain and Bush, Elizabeth Warren and so many others.  Republican women, even if they are tribal in their continued affiliation for the Republican Party, have only a 34% approval rating of Trump’s character.  Most Americans do have empathy.

But this basic human feeling is not shared by everyone.  Clearly, Donald Trump and many of his cheering rally-going followers do not experience that kind of pleasure.  Instead, they get a warped sense of pleasure from the opposite–sadism, meanness, pettiness, denigration of others and derision.  What happened to them?  How did they become so warped?  An educated guess is that they were raised by authoritarian parents who imposed harsh rules and told them to shut up and not talk back.  They probably grew up harboring deep resentments.  When they move into positions of power over others, they “get even”.  They express their suppressed rage and anger because now they are in positions to act on those impulses to hurt others as they were hurt.  But living this way does not make them happy.  Living without empathy is a recipe for a life of personal resentment and endless grievance.

People do not have to live this way.  We are capable of changing our mindsets.  I have learned in my career counseling practice that the people in this world who are the happiest in life and luckiest in life have five key mindsets that they have worked on and built as part of their personalities:

1) They are  interactive in some way, often with a community of people who are engaged in a worthwhile mission.

2) They have worked to develop a sense of emotional intelligence.

3) They are relatively optimistic and thankful.

4) They find treasure in the trash (have grit).

5) They follow the Golden Rule–Do Unto Others As You Would Have Them Do Unto You.

Anne Frank also wrote this: “Parents can only give good advice … but the final forming of a person’s character lies in their own hands.”  I believe this is true because I have seen it with my clients.  People can shape their own mindsets and in doing so, can lift themselves out of grievance and resentment to experience better, fuller, luckier lives.

A thousand points of light is a powerful image of the way small goodness can generate greater good, the way people helping people across the world brings a flood of positivity that can heal and nurture all of us.

Light a candle in your own heart.  Be one of the millions of people who choose to be one of those points of light in the world.  Vow to live a life that heals and nurtures others.  When you do something or say something to make this world a better place, you help create a world with hope.  Hope is what we need.  Hope is the imaginative leap that gets us to imagine beyond the ugliness of now and create a plan for a better future.